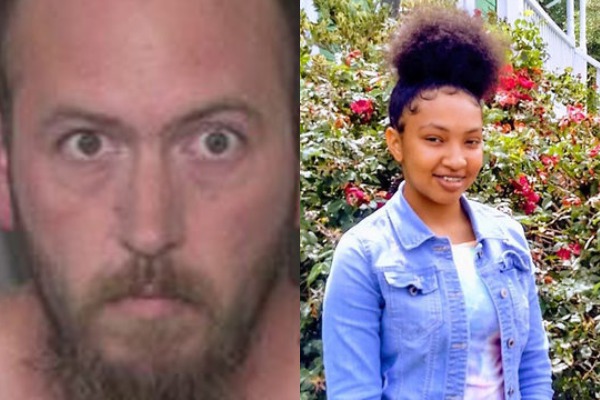 A North Carolina man who confessed to killing his own daughter is now charged with rape and kidnapping in the teen’s tragic death.

Authorities have charged Joshua Lee Burgess, 32, with with statutory rape of a person 15 years of age or younger, first-degree statutory sex offense, first-degree kidnapping and first-degree sexual exploitation of a minor, the Union County Sheriff’s Office announced this week.

Burgess also faces a charge of first-degree murder after deputies say he walked into the sheriff’s office Sunday and described to dispatchers in detail how he’d killed his 15-year-old daughter Zaria Joshalyn Burgess. Now, authorities and the community are struggling to make sense of the bizarre incident.

“The details of this murder are indescribable,” said Sheriff Eddie Cathey. “Every officer and detective involved in this case is feeling the effects of what happened to this child. There’s no logical answer to explain why this man did what he is accused of doing.

“Our hearts and prayers are with Zaria’s mom and her family,” he added.

Burgess reportedly admitted to strangling his daughter before slitting her throat, according to documents read in court last week. Police would find Zaria’s lifeless body inside her father’s home on Sunday.

According to a medical examiner’s report, the 15-year-old died as a result of a “sharp force injury to the neck.”

Zaria’s relatives are still reeling from her tragic death. Her cousin, Dytaysha Wadsworth, remembered her as a fun-loving girl who enjoyed being around family.

“She was the type of kid to come in a room come or in a house and say, ‘Hey everybody,’ just wanting to make everybody smile,” Wadsworth told local station WSOC-TV.

“She was so young and nobody deserves to leave this world like that, especially by someone they thought was gonna protect them and be there for them,” she added.

Burgess remains jailed without bond. His next court appearance is scheduled for September.

Funeral services for Zaria Burgess are planned for this Sunday.