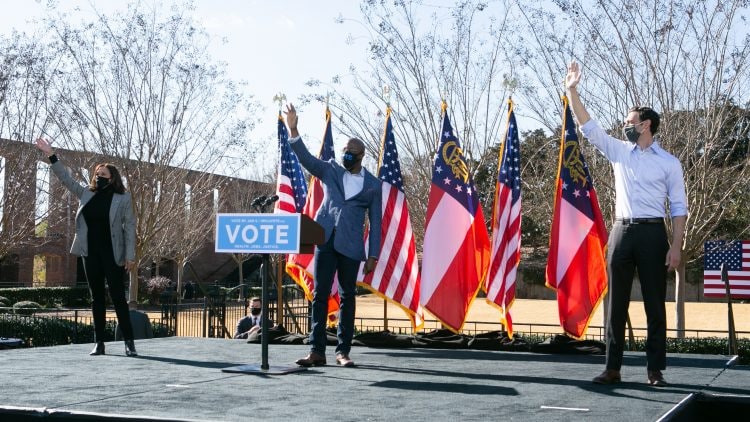 As the official voting day for Georgia’s Senate nears, the state has already seen a whopping turnout. 1,470,764 Georgia voters have already cast their vote via absentee ballot or early in-person voting.

The Senate races come down to two contests; Sen. David Perdue and Democrat candidate Jon Ossoffthen Sen. Kelly Loeffler and Democrat Rev. Raphael Warnock. Runoffs sparked between the candidates last month because none of them earned enough votes to win.

Per Huff Post, to split the Senate evenly, Democrats need to win both seats. Vice-president Elect Kamala Harris is out hitting the campaign trail showing support for the Democratic nominees. After being sworn into office next month, she will cast the tie-breaking votes, ultimately giving Democrats control of the chamber.

Ivanka Trump is also doing her part to show support for Perdue and Loeffler.

“We must send Kelly and David back to the Senate to defend election integrity and protect American Democracy and fight for Trump,” said the President’s daughter.

According to Gabriel Sterling, a top official in the Georgia secretary of state’s office, this race is crucial for the state.

“There’s a lot on the line,” he shared with Huff Post. “People’s emotions are raw right now. One side is elated and celebrating, and the other side is spitting nails.”

Georgia is known for being a red state, but with President-elect Joe Biden winning the general election, Democrats hope the same energy will apply to Senate seats. About 36,000 ballots that were not cast during the November election were cast in the run-offs.