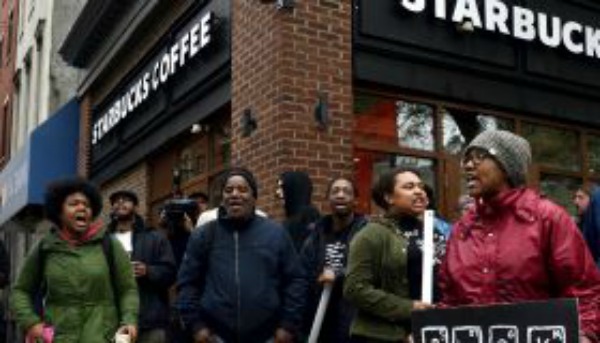 Going forward, officers will attempt to defuse situations between property owners and alleged defiant trespassers before making an arrest, according to new guidelines issued Friday in a Philadelphia Police Department memo.

In April, a mobile phone video that went viral showed at least six Philadelphia police officers arresting two Black men at the coffee shop. They were doing what scores of people do every day at Starbucks, sitting without making a purchase while they waited for someone to arrive for a business meeting.

Philadelphia Police Commissioner Richard Ross initially came out with a strong defense of his officers but later apologized, saying he “failed miserably.” Ross, who is Black, came under heavy criticism for the unfair treatment of the two African-American men.

“We’ve made a lot of progress and will continue to do so as we explore and implement new practices that reflect the importance of diversity, public safety and accountability,” Ross said when his department released the new policy, according to CBS News Philadelphia.

Under the new guidelines, an arrest could happen if the officers are unsuccessful at first mediating between the accused trespasser and property owner. A key purpose behind the revised policy is to “provide officers additional guidance on how to avoid misuse of police authority by business owners.”

The Philadelphia police, like many other police departments, have been slow to adopt methods to defuse non-threatening encounters. In 2016, police chiefs of the nation’s largest police forces supported de-escalation training at the International Association of Chiefs of Police annual convention. Yet, in numerous cases officers are still using heavy-handed tactics when dealing with unarmed suspects—especially African Americans.