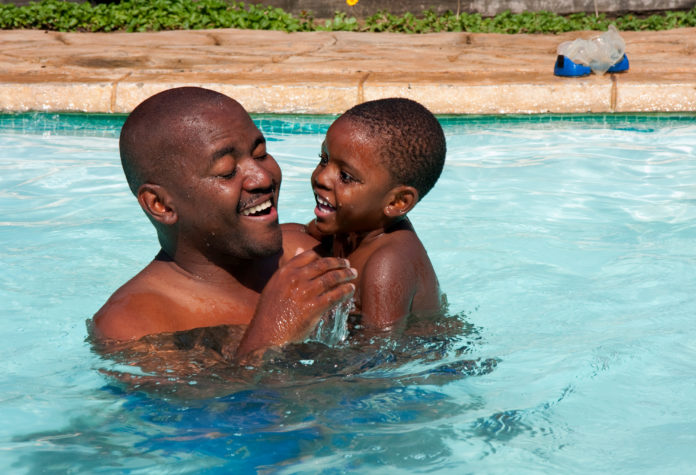 Summertime is here, which means that pool parties and beach days are on tap. However, according to research from the USA Swimming Foundation and the University of Memphis, don’t expect to see African-Americans in that mix because 70 percent of Blacks do not know how to swim.

So what’s to blame for this alarming statistic? There is the obvious issue of chlorine and the effects it has on Black hair; but according to University of Montana professor Jeff Wiltse, author of “Contested Waters: A Social History of Swimming Pools in America,” the true origin of underrepresentation in the water is attached to deeper historical and generational roots—historically, segregation; generationally, fear.

“It is because of discrimination and segregation that swimming never became a part of African-American recreational culture,” Wiltse said.

Put differently: Lack of access to swimming pools and public beaches meant that many Blacks were denied the opportunity to learn how to swim; and intergenerational fear of the water stops their descendants from learning now.

In fact, Wiltse says, recreational swimming only became popular in the U.S. during the 1920s and 1930s. It was then that many municipal pools began to pop up across the nation. By the time swimming became recognized as a sport in the 1950s and 1960s, segregation in the U.S. was also recognized, widening the racial and economic divide that left many African-Americans to drown – literally and figuratively.

In fact, the USA Swimming Foundation study shows that “if a parent does not know how to swim, there is only a 13 percent chance that a child in that household will learn how to swim.”

“My mother didn’t know how to swim and had a bit of a fear of the water. That fear was pushed on us, so we didn’t learn how to swim,” says Ty Alexander, author of “Things I Wish I Knew Before My Mom Died” On the other hand, “My son knows the basics just because he’s a millennial…they are more daring and willing to jump in the water without fear,” she adds.

Then there is the opposite: Black parents who did know how to swim, parents like former University of Texas at Austin competitive swimmer Kelley Robins Hicks. “I never remember learning to swim…as far as I know, I’ve been able to swim my whole life,” she said. Her parents both swam in high school, and her father also swam in college. “All of my cousins, aunts and uncles swim, too,” she added.

Despite both historical and current impediments, many young Black people love being around water. To circumvent the constraints of a racist society – from segregation to affordability and accessibility – some Black parents took their children swimming in local lakes, rivers or oceans. The negative side to this is the danger that these bodies of water can present.

According to the Centers for Disease Control and Prevention, the U.S. has more than 3,500 accidental drownings every year. That is almost 10 a day. And among these alarming numbers, this: The fatal-drowning rate of African-American children ages 5 to 14 is three times that of white children.