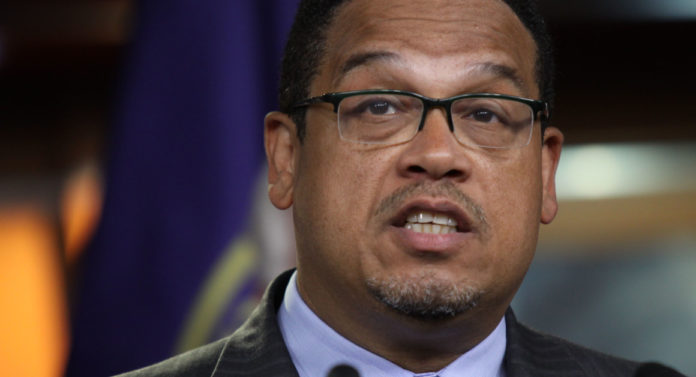 Rep. Keith Ellison, an African-American Muslim from Minnesota, has officially launched his campaign to lead the Democratic Party as it attempts to pick up the pieces following last week’s crushing loss to Donald Trump.

Ellison, a progressive who backed Bernie Sanders over Hillary Clinton in the presidential primary formally announced his candidacy Monday to be the next Democratic National Committee chairman. Ellison has been the U.S. Representative for Minnesota’s 5th congressional district since 2007.

“It is not enough for Democrats to ask for voters’ support every two years. We must be with them through every lost paycheck, every tuition hike, and every time they are the victim of a hate crime,” Ellison said in a statement announcing his bid. “When voters know what Democrats stand for, we can improve the lives of all Americans, no matter their race, religion or sexual orientation. To do that, we must begin the rebuilding process now.”

He continued by offering some criticism. “This election cycle, we did not motivate enough people to the ballot box,” Ellison added. “We must invest in and empower our state and local parties by creating effective field operations, an enhanced and advanced voter file, and a culture of collaboration between candidates at every level. Let’s put the voters first.”

Ellison already has the support of both Sens. Chuck Schumer and Harry Reid, the party’s incoming and outgoing leaders in the Senate, respectively, along with the strong backing of Sanders and Sen. Elizabeth Warren.

Rep. Debbie Wasserman Schultz of Florida ran the DNC from 2011 until this summer. She was forced out by progressives following the disclosure of internal DNC emails in the WikiLeaks scandal that showed close cooperation between party officials and the Clinton campaign.

The race for the DNC is shaping up to be a competitive battle. Former Vermont Gov. Howard Dean — DNC chairman from 2005-09 — is running. Former Maryland Gov. Martin O’Malley is considering a run. Labor Secretary Tom Perez, DNC Vice Chairman Raymond Buckley, South Carolina Democratic Party Chairman Jaime Harrison and former Minneapolis Mayor R.T. Rybak — another DNC vice chairman — have all been mentioned as possible candidates as well. The election for the new chairman won’t come until next March.

While praising Ellison, Dean said running the DNC is a full-time job, implying that Ellison wouldn’t be an effective party leader while still serving in Congress.

“Look, I like Keith Ellison a lot. He’s a very good guy,” Dean said in an MSNBC interview. “There’s one problem. You cannot do this job and sit in a political office at the same time. It’s not possible.”