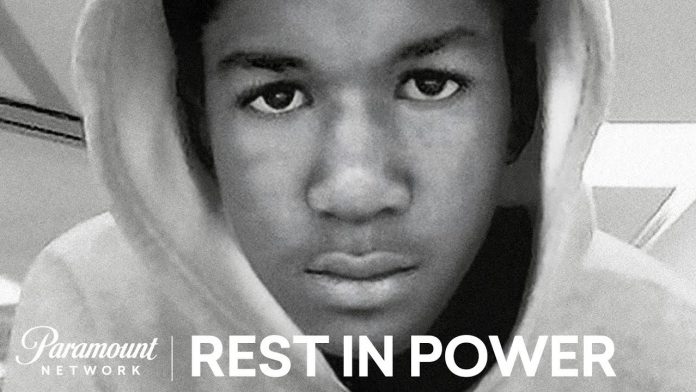 Black community in Florida has mobilized to protest the “stand your ground” law, which once again has protected a white man from going to prison, six years after the killing of Trayvon Martin. A new documentary about the aftermath of Martin’s death shows how little things have changed.

Tracy Martin, Trayvon’s dad, is executive producer of the docuseries Rest in Power: The Trayvon Martin Story that premieres Monday (7/30) night on television.

“It was important to show the country that we need social change and there are a lot of social injustices occurring in our communities and the problems need to be rectified,” Martin told CBS’ This Morning on Monday.

A self-appointed neighborhood watchman named George Zimmerman racially profiled 17-year-old Martin in Sanford, Florida. Zimmerman shot Trayvon on Feb. 26, 2012 as the teenager walked to his father’s house after buying a bag of Skittles and a can of fruit juice. For days, the police hesitated to arrest Zimmerman because he claimed self-defense under the state’s stand your ground law, in which a shooter claims they fear for their life. Ultimately, a jury acquitted Zimmerman of 2nd degree murder.

The docuseries chronicles the birth of Black Lives Matter and the pushback from white supremacists, as well as the rise to power of President Donald Trump.

“The central thesis of our documentary is that Trayvon Martin’s story ignited change in America but also led to a backlash that we’re currently experiencing in our politics,” co-director Jenner Furst said on the morning show.

“We wanted to use this case to explore that backlash and examine how it affects our daily lives. … Look at the headlines, so much has changed but so much is the same,” Furst continued.

Six year after Trayvon’s murder, attorney Ben Crump, who represented his parents, now represents the family of Markeis McGlockton in a Florida stand your ground case. Meanwhile, President Trump has used dog whistles to promote police brutality, and there has been a series of incidents in which white people feel that they’ve been given a free hand to call the police on Black people doing ordinary things like barbecuing.

Jay-Z, who is an executive producer for the documentary, wants to educate the public about the problems with the stand your ground law, which is now on the books in 20 states. Critics, like Crump, point out that “fear” is subjective, meaning that there’s no standard for what constitutes fear. Consequently, white people who have an irrational fear of Black men can pull their trigger for no good reason.

“This law, we have to get people to understand what it says,” Jay-Z told the New York Times.

Tracy Martin noted that some progress was made under President Barack Obama’s administration. “It’s going to take the power of people voting to shift the dynamics of how African-American men and women are viewed in this country,” he told CBS.

Here’s a look at the trailer for Rest in Power, which airs at 10pm EST.