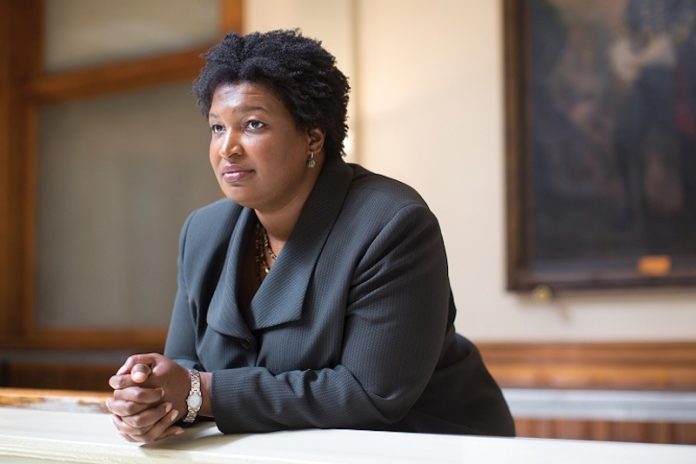 Georgia is one of the reddest states on the political map, yet Democratic nominee for governor Stacey Abrams is running neck-and-neck against her GOP rival in the polls.

Republican nominee Brian Kemp held the slimmest of leads among likely Georgia voters, 47-46, over Abrams, according to an Ipsos/Reuters/University of Virginia Center for Politics poll reported on Wednesday. Kemp’s 1 percentage point lead is statistically insignificant.

That poll reinforced results reported on Oct. 11 from an Atlanta Journal-Constitution/Channel 2 Action News survey that also found a 1 percent lead for Kemp.

The race is stunningly close in a state that last elected a Democrat (Roy Barnes) for governor in 1998. If Abrams wins, she will become the nation’s first African-American woman governor.

Republicans control the Georgia legislature. Both U.S. senators from Georgia are GOP members, and the state gave its electoral votes in 2016 to President Donald Trump. Despite all the madness coming from the White House, around 50 percent of Georgia voters still approve of the president’s job performance, the Ipsos poll showed.

Yet Abrams is making headway in a historic bid for governor. Part of the reason is the demographic changes taking place across the state, according to Fox News. Metro Atlanta’s nonwhite population almost doubled from 1970 to 2015, and those minority voters largely support Democrats. At the same time, Georgia has seen a record number of people register to vote for the midterm election.

No wonder Kemp, who oversees elections in Georgia as secretary of state, is trying every trick in the book to suppress minority voters from participating in November. His efforts include an attempt to block 53,000 voter registration applications—about 70 percent of whom were African-Americans.