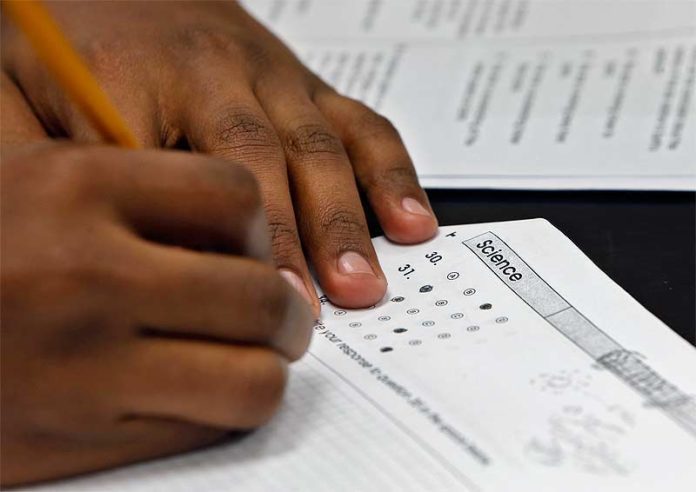 Standardized testing has emerged as an important civil rights and racial justice issue. As society examines the institutions and practices that perpetuate racial inequity, exams are not immune from the analysis. From No Child Left Behind and “teaching to the test” in public schools, to the SAT, ACT and Advanced Placement exams, high-stakes testing dominates American education. With a single score on a single exam having the potential to determine which school a student may attend, there is increased scrutiny over the misuse and overuse of these tests, and whether they should be used at all.

While critics of standardized tests point to their inherent racial and socioeconomic bias, few may realize the insidious origins of these exams.

“Standardized tests have become the most effective racist weapon ever devised to objectively degrade Black minds and legally exclude their bodies,” said Ibram X. Kendi, Assistant Professor of History at the University of Florida and author of Stamped from the Beginning: The Definitive History of Racist Ideas in America.

Kendi argues that the achievement gap — that system of racial hierarchy in which white and Asian students find themselves at the top, and where Blacks and Latinos are at the bottom — is itself a result of our blind obedience to standardized testing, and this notion that intelligence is measurable.

According to Schaeffer, the tests are “damaging the aspirations” of people of color.

“The original founders of standardized testing were racists, misogynists and anti-Semites. They believed Nordic males were superior and their previous pseudo sciences like measuring brain sizes, craniology, palmistry etc., provided so-called evidence for their beliefs, and standardized tests serve their purposes even better because it appeared objective” he said.

Black college students experience the impact of the SAT, ACT and other racial profiling exams on a regular basis.  Three African-American students at the University of Wisconsin-Madison — juniors Tyriek Mack and Marquise Mays, and sophomore Tashiana Lipscomb — conducted important research on the subject, and have been recognized internationally for their work.  In their project, entitled “Standardized Testing: The Social Warfare Against Black Men,” the young scholars found that the exams support the white supremacist leanings of their creators, and there is no correlation between a student’s score and their success in college.  According to Mays, while colleges claim to look at applicants in a holistic manner, the emphasis on standardized tests creates expectations.  As a result, many Black students are discouraged from applying in the first place, as their lower scores make them feel as if they are not good enough and not ready for college.

“The test is very racist in inflicting self-doubt and self-hatred on our community,” Mays said.  “In private schools in the suburbs, white kids learn at such a young age, they learn the jargon and format of test taking, they learn these things early on. So, when it comes to taking these standardized tests, they are well prepared and well equipped; they don’t have to take prep courses,” he noted.  “In public schools, funding is not a priority. You have Black and brown kids who don’t learn the jargon. So, when you take the ACT, you have to take these [prep] courses just to learn that jargon, so we are starting way later.”