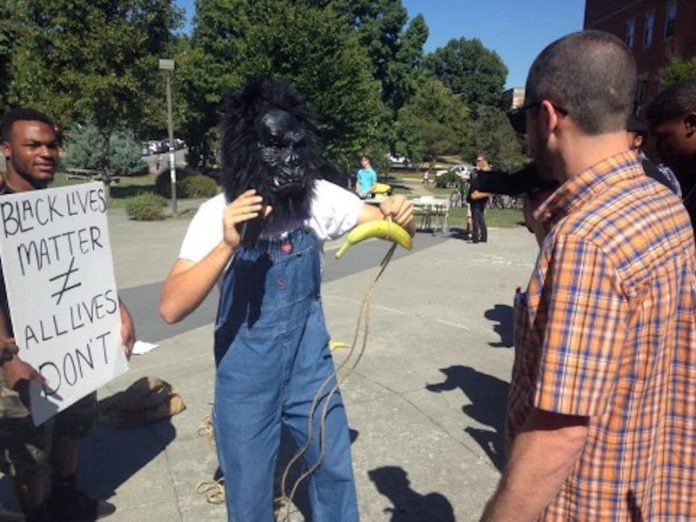 Police arrested an East Tennessee State University student on Wednesday after he disrupted a Black Lives Matter protest by handing out bananas while wearing a gorilla mask.

Tristan Rettke, a freshman at the university, also reportedly had a bag emblazoned with a Confederate flag symbol and bunch of rope. He was charged with one count of civil rights intimidation for the on-campus incident, police told WCYB.

One of the Black Lives Matter demonstrators described the scene to the East Tenneseean, the school newspaper.

The East Tenneseean also tweeted a series of images showing the masked counterprotester at the event.

The school also released a statement on Facebook praising students for responding to the incident peacefully: