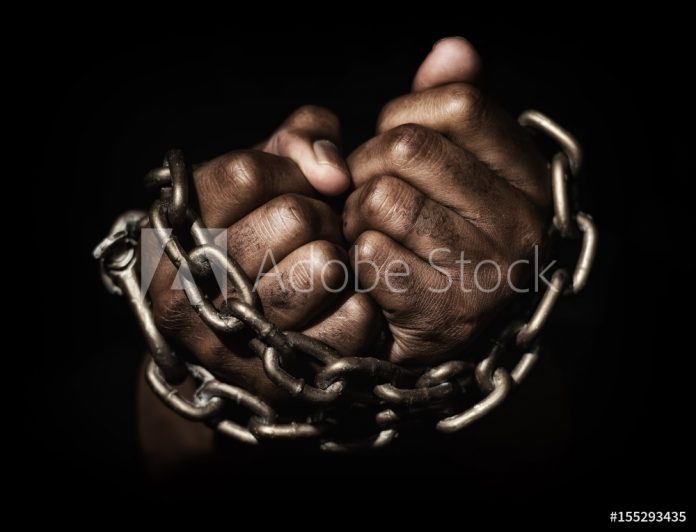 It’s been a heated debate for decades, but now, U.S. Rep. Sheila Jackson Lee, D-Houston, has revived the call for reparations. Jackson Lee hasn’t outright come out in support of monetary reparations but says it’s something that needs to be studied in detail.

Last month, Jackson Lee took her request before Congress, saying a study on the validity of reparations is “long overdue,” adding that “slavery has never received an apology.”

“The role of the federal government in supporting the institution of slavery and subsequent discrimination directed against Blacks is an injustice that must be formally acknowledged and addressed,” she said. “I just simply ask: Why not and why not now?”

Her resolution calls for a commission to “study and develop reparation proposals for African-Americans” and consider a national apology by the government “for the perpetration of gross human rights violations and crimes against humanity on African slaves and their descendants.”

H.R. 40, the Commission to Study and Develop Reparations Proposals for African Americans Act, is intended to examine the institution of slavery in the colonies and the United States from 1619 to the present, and further recommend appropriate remedies.

Since the initial introduction of this legislation, its proponents have made substantial progress in elevating the discussion of reparations and reparatory justice at the national level and joining the mainstream international debate on the issues.

“Today there are more people at the table — more activists, more scholars, more CEO’s, more state and local officials, and more Members of Congress,” Jackson Lee said. “However, despite this progress and the election of the first American President of African descent, the legacy of slavery lingers heavily in this nation. While we have focused on the social effects of slavery and segregation, its continuing economic implications remain largely ignored by mainstream analysis. These economic issues are the root cause of many critical issues in the African-American community today, such as education, healthcare and criminal justice policy, including policing practices. The call for reparations represents a commitment to entering a constructive dialogue on the role of slavery and racism in shaping present-day conditions in our community and American society.”

The commission would also make recommendations concerning any form of apology and compensation to begin the long delayed process of atonement for slavery, Jackson Lee said.

Making the case FOR reparations

The hearing by the House Judiciary Subcommittee on the Constitution, Civil Rights and Civil Liberties on H.R. 40 — named for the unfulfilled federal promise to provide freed African Americans “40 acres and a mule” — marked the first opportunity in more than a decade that House members were able to tackle the issue, with witnesses including actor and activist Danny Glover; writer Ta-Nehisi Coates; U.S. Sen. Cory Booker, a New Jersey Democrat and presidential candidate who proposed a companion version of the bill to the Senate; and retired NFL player Burgess Owens.

During his testimony, Coates rebuked McConnell for his earlier comments on reparations, noting that “for a century after the Civil War, Black people were subjected to a relentless campaign of terror.” That campaign, Coates added, “extended well into the lifetime of Majority Leader McConnell.”

Coates helped rekindle the reparations debate with his essay “The Case for Reparations.”

“The profits derived from slavery are more extreme than I think are commonly acknowledged,” Coates said. “In 1860, the combined worth of the four million enslaved Black people in this country was some $3 billion, nearly $75 billion in today’s share of dollars. Cotton, in 1860, was this country’s largest export—not just its largest export, it was the majority of exports out of this country. So, from a financial perspective, just the economics of it, it’s absolutely impossible to imagine America without enslavement.”

Coates and others have traced racial disparities in wealth, health and criminal justice to government policies and decades of indifference.

“It’s not enough to say you’re sorry and try to fix problems going forward.,” Coates added. “Germany made an effort to repay the Jews for the horrors of the Holocaust. Japanese-Americans were repaid for suffering in internment camps. Black Americans deserve no less.”

The case AGAINST reparations

Although H.R. 40 received a warm reception from many civil rights advocates and Black Americans, it will no doubt die in the Senate.

McConnell invoked former president Barack Obama, who opposed reparations back in 2004, by saying it wouldn’t lead to racial harmony.

“None of these things can be achieved through reparations for slavery,” said Hughes, a writer and student at Columbia University who said he is the descendant of Blacks enslaved at Thomas Jefferson’s Monticello.

Columnist Mike Jones is also a vocal critic of reparations because he believes cutting a check is only a microscopic view of the problems plaguing the Black community.

“My question for those demanding financial compensation for the 240 years of oppression and uncompensated labor is: what is the value of those lives and how do you calculate it?,” Jones said. “America is still a crooked game. Any professional gambler will tell you that you can’t beat a crooked game, unless it’s your crooked game. No matter how much money you bring, you’re going home broke. If your money holds, your luck won’t change.

“When we frame the discussion of reparations in economic terms, we fall into the same moral rabbit hole as the perpetrators. Asserting a claim for monetary compensation presumes there is a dollar amount that is the moral equivalent of the stolen lives of millions of enslaved African Americans. It says that America could write a check that says, ‘They’re good, and we’re straight.’”

Jones argues that the value of what America has stolen from the descendants of the African Diaspora cannot be calculated.

How much would reparations cost?

For many, that’s the million dollar question. With respect to payment, estimates of the costs range from the billions to the trillions. Economist Robert Browne stated the ultimate goal of reparations should be to “restore the Black community to the economic position it would have if it had not been subjected to slavery and discrimination.” He estimates a fair reparation value anywhere between $1.4 to $4.7 trillion, or roughly $142,000 for every Black American living today.

“Yes, reparations are going to cost a lot of money. But America is a wealthy nation that can afford to pay for its misdeeds. For perspective, consider that in fiscal year 2014, the U.S. government spent $3.5 trillion, which is only 20 percent of the nation’s gross domestic product of about $17.5 trillion,” he added.

Exactly how to compensate descendants of slaves has drawn mixed reaction.

William Darity, a public policy professor at Duke University who has studied reparations extensively, proposes two specific requirements for eligibility to receive a payout. First, at least 10 years before the onset of a reparations program, an individual must have self-identified on a census form or other formal document as black, African-American, colored or Negro. Second, each individual must provide proof of an ancestor who was enslaved in the U.S.

Darity suggests that financial payouts be divided between individual recipients and a variety of endowments set up to develop the economic strength of the Black community. His model is inspired by Germany’s restitution paymentsboth to victims of the Holocaust and to Israel.

“One could think of Black America as being a community that could benefit from development investments,” Darity said. “So you could have a trust fund that was set up to finance higher education, [another] to create greater opportunities for opening one’s own business, and so forth.”