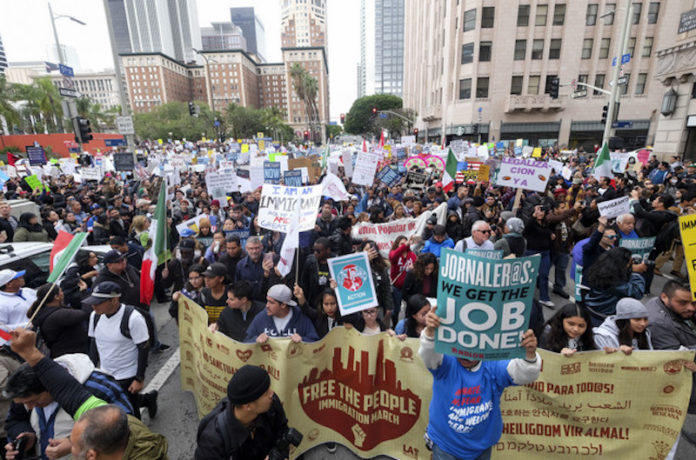 Activists marched through downtown streets and clustered near City Hall on Saturday.

Many carried signs, including some declaring “No Wall!”

One said: “Send Trump back to Bavaria,” a reference to his family roots.

Police say the event was peaceful and there were no arrests.

Seventeen-year-old Vanessa Velasquez, who was selling hot dogs to demonstrators, told the Times her parents illegally entered the country 18 years ago and she worries they may be deported — leaving her and her younger sister behind.