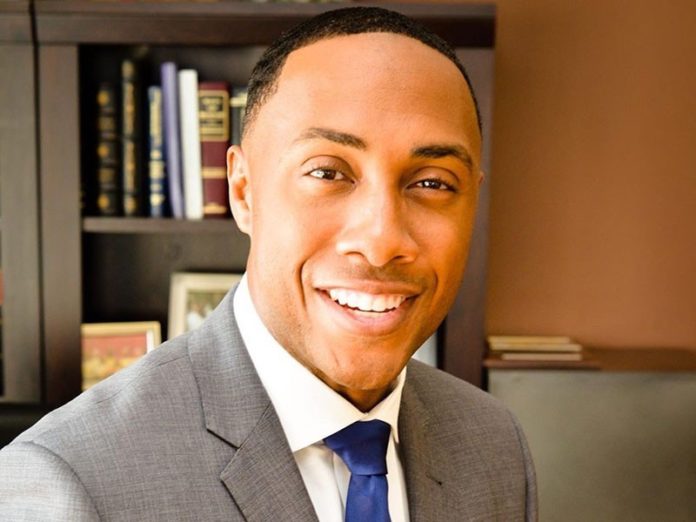 An African-American State Department staff member who has been an operative for both the Republican and Democratic national committees has been appointed to a position with the Peace Corps, the organization announced.

Ashley Bell had served as a special assistant to Secretary of State Rex Tillerson before his appointment last month to the post of associate director of external affairs for the Peace Corps. According to The Gainesville (Ga.) Times, he is the first political appointee to the Peace Corps named by the Trump Administration.

“Peace Corps volunteers represent the best the United States has to offer and I am grateful for the opportunity to support an agency founded in the American ideal of serving others,” Bell said in a statement. “As head of External Affairs, my hope is to highlight to the public the vital role Peace Corps plays in irrevocably changing the lives of both volunteers and the communities they help.”

Bell has a long history in politics on both sides of the aisle, first as delegate to the Democratic National Convention in 2000, and a super delegate in 2004. He switched parties in 2010, telling Fox News at the time that his stance as a conservative democrat had become an “oxymoron.”

“When Democrats have full control of all government, it basically shows that the leftist side of the party was going to run everything,” he told the network. “When Obamacare happened, I couldn’t stay.”

According to The Atlanta Journal-Constitution, Bell launched an unsuccessful bid to become Georgia’s state school superintendent in 2014, and was named National Director of African-American Engagement in 2016. According to The Atlanta Journal-Constitution, he is the only person in more than 50 years to have held positions in both the Democratic and Republican national committees.

During last year’s presidential election, Bell told the Journal-Constitution that his role with the RNC “is to make sure that as a state that we are unified and supporting our nominee who is going to be Donald Trump.”

A native of Gainesville, Ga., Bell was elected to the Board of Commissioners for Hall County, Ga. at age 27, and went on to co-found the Atlanta-based law firm Bell and Washington, LLC. He also created The 20/20 Club, a bi-partisan group of Black political leaders and law enforcement officers which seeks to “fundamentally change the way in which the American political system addresses criminal justice issues,” according to the organization’s website.