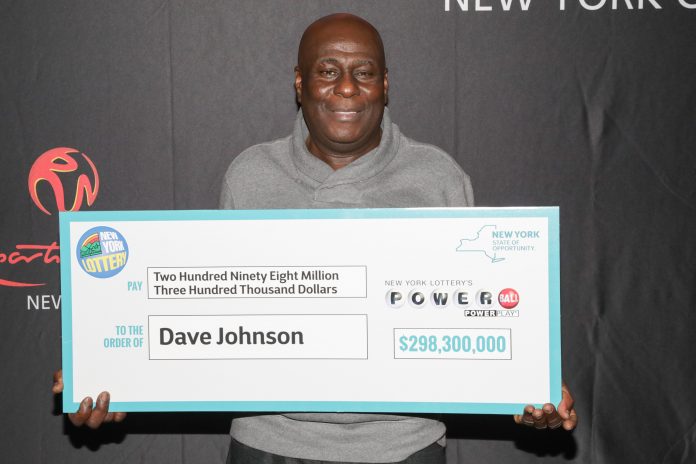 A Black truck driver from Brooklyn has claimed the winnings for the $298.3 million Powerball jackpot — and he has already quit his job!

But a friend had to remind him that he had bought the ticket.

“A friend of mine, a next driver for the company, called me and said ‘Hey Dave! Somebody won the Powerball by the gas station,’” Johnson told ABC7. “I turned to myself I said, ‘Aw that’s not me man, that’s not my luck.’”

“I went to the store and gave the ticket to the clerk to check. He scanned it and said ‘Congratulations,’ I needed to see it for myself, so I scanned and saw it read BIG WINNER,” Johnson said.

Johnson is enjoying his retirement now, after having hired a lawyer to help him invest the money and take care of his family. He also plans to finally buy the red Porsche he’s always wanted “so everyone can see me when I drive on the street.”