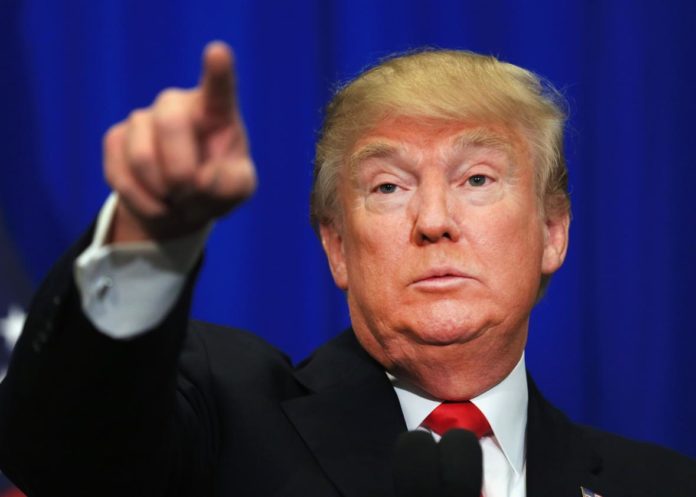 President Donald Trump will not release his tax returns because “people didn’t care” about it during the election, one of his top aides said Sunday.

“He’s not going to release his tax returns. We litigated this all through the election. People didn’t care,” White House advisor Kellyanne Conway said on ABC, two days after Trump took the oath of office.

Conway’s statement not only echoes Trump’s Jan. 11 assertion that only reporters care about his tax returns, but goes further in stating that he simply won’t release the returns at all. She was answering a question about a White House petition for Trump to release his tax returns that had received over 200,000 signatures, a total that necessitates a White House response. An ABC poll from Jan. 12-15 found that 74 percent of the public wanted Trump to release his returns.

During the presidential campaign, Trump repeatedly stated his taxes had been under a routine Internal Revenue Service audit since 2009 and that he could not release them until the audit was finished. He further promised that he would release his tax returns once the audit was completed.

“I don’t mind releasing,” he said during his first president debate with Democratic candidate Hillary Clinton. “I’m under a routine audit. And it’ll be released. And as soon as the audit’s finished, it will be released.”

The IRS has already stated that there is nothing preventing Trump from releasing his returns while they are under audit. The government agency, which is now under Trump’s control, further stated that Trump’s tax returns prior to 2009 are not even under audit at all. Trump claimed during the campaign that his lawyers didn’t want him to release the returns.

Trump handed over his tax returns when they were under IRS audit to state officials in Pennsylvania and New Jersey as part of the legal process to apply for casino licenses in the states.

Conway’s insistence that Trump’s election negates any need for transparency is similar to a statement from Donald Trump Jr., the president’s eldest son, during the campaign that his father should not release his tax returns because it would not help him politically.

“Because he’s got a 12,000-page tax return that would create probably 300 million independent financial auditors out of every person in the country asking questions that would distract from his main message,” Donald Jr. said.

Every president since Richard Nixon, save Gerald Ford, has released their tax returns either during the campaign or upon taking office (Ford released a summary when he ran in 1976). Nixon even released his tax returns when they were under IRS audit in the midst of the Watergate scandal.

“Trump’s refusal to release his tax returns shows contempt for the public that elected him, and suggests that President Trump will fall short on even basic questions of public accountability,” said John Wonderlich, the executive director of the pro-transparency nonprofit Sunlight Foundation.

The decision to not release his tax returns, against his promise to do so, has already angered Trump’s allies at WikiLeaks.

Trump's breach of promise over the release of his tax returns is even more gratuitous than Clinton concealing her Goldman Sachs transcripts.

Trump’s returns would help answer numerous questions about how much he has paid in taxes ― which the public knows little about ― and his currently obscure business ties and debts.

The New York Times reported before the election that Trump claimed a $916 million loss in 1995. When used as a tax deduction, this declared loss could have meant that Trump did not pay taxes for 18 years.

At the moment, the public has almost no information regarding how much the president of the United States has in debts to banks, either foreign or domestic.

The personal financial disclosure Trump is required to file under the Ethics in Government Act is woefully inadequate in helping to explain Trump’s business debts. The disclosure law only requires the filer to list debts they personally owe and not debts held by corporate entities to which they are beneficiaries. Trump’s wealth is largely tied up in an interlocking set of privately held limited liability companies, many of which hold large, undisclosed debts.

In addition, there is limited information about where Trump is engaged in business. His tax returns could detail what other countries he has sought business in recently or what assets he claims that are not listed on his mandatory but less transparent financial disclosure.

Trump has avoided talking about his numerous conflicts of interest and refused to divest himself from his business empire. Instead, he put his two adult sons, Donald Jr. and Eric, in charge of the Trump Organization while failing to file the proper paperwork to give them control of the company. He will still benefit financially from every action his two sons take while he sits in the Oval Office.

Both Donald Jr. and Eric were appointed to the executive committee of their father’s presidential transition team.