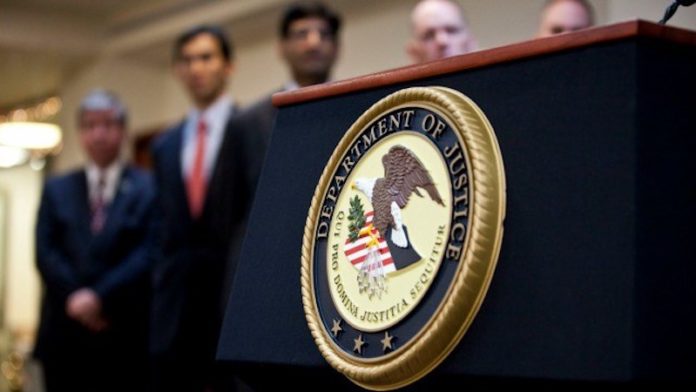 President Donald Trump nominated Eric Dreiband to be the head of the Department of Justice’s Civil Rights Division.

But Dreiband has a history not of working to further civil rights efforts, but instead of defending companies who have been accused of discrimination. In fact, he defended Abercrombie & Fitch in a high-profile case in which the company was accused of discrimination for not hiring a Muslim woman because she was wearing a headscarf. Abercrombie & Fitch argued that it didn’t know that the headscarf was being used for religious reasons, but the Supreme Court didn’t take well to that argument, instead ruling 8-1 in favor of the woman.

To be fair, Dreiband does have a positive history with civil rights, when he worked on the Equal Employment Opportunity Commission, which upholds nondiscrimination laws in the workplace, under President George W. Bush. During that time, he worked on a suit against Abercrombie & Fitch for discrimination against minority employees and against a meat processing company in Chicago for racial and gender discrimination.

But Dreiband’s views have shown him to be on the wrong end of the spectrum when it comes to civil rights. He has spoken out against a law to prohibit wage discrimination and against the “ban the box” initiative seeking to keep potential employers from asking about a job applicant’s criminal history. With this kind of history behind him, it’s no surprise that civil rights groups have spoken out against his nomination.

“Now, more than ever, the leader of the Civil Rights Division must uphold its mission,” Vanita Gupta, CEO of the Leadership Conference on Civil and Human Rights and previous head of the Civil Rights Division under President Barack Obama, said in a statement. “This is an administration that has shown an open hostility to, and a demonstrated record of, undermining our nation’s core civil rights. We need a leader who will take the lessons of previous administrations and reject the politicization of the division.”

“Dreiband has devoted the vast majority of his career to defending corporations accused of employment discrimination. He has opposed important legislation to safeguard our civil rights. And he has no known experience in most of the Civil Rights Division’s core issue areas, such as voting rights, police reform, housing, education, and hate crimes. He is the wrong person for the job.”