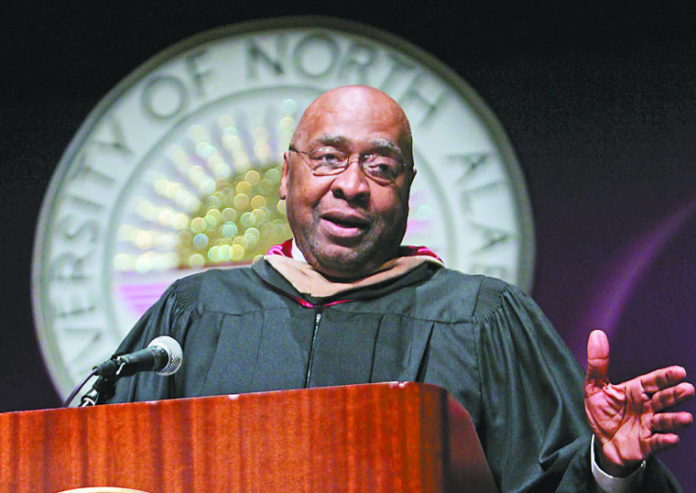 Wendell Wilkie Gunn, an African-American student who bravely desegregated the University of North Alabama in 1963, is being recognized for his courage: The university is conferring an honorary degree on the outstanding alumnus.

The university’s board of trustees voted unanimously earlier this month to award the honorary award to Gunn, who graduated in 1965 with degrees in math and chemistry.

During the summer of 1963, Gunn—who was then enrolled at the historically Black Tennessee State University—decided to apply for a transfer to the then all-White Florence State College (later the University of North Alabama). Others had paved the way for his brave step. That June, Vivian Malone Jones and James Hood had successfully integrated the University of Alabama at Tuscaloosa despite the infamous objections of then-Alabama Gov. George Wallace.

It took a court order for Gunn to enroll—one he obtained after a surprisingly short 10-minute court appearance with the help of famed civil rights attorney Fred Gray. And, by Sept. 11 of that year he had begun matriculation at the school to much fanfare and widespread scrutiny.

“I was a shy young man,” the Tuscumbia native recalled in a September 2013 article posted on the university’s website. “I wasn’t looking for all that publicity.”

Still, his brave step opened the doors for many who would follow. Today, the student body comprises 14 percent African Americans.

“I am quite certain that Wendell Gunn came to UNA for one reason – to study,” university President William G. Cale said in the same article. “In the course of pursuing his dream, he opened doors of opportunity for thousands who would follow. While he would never regard himself as extraordinary, he is in fact a giant in the history of our university.”

Gunn went on to earn a master’s degree at the University of Chicago and later served as a vice president at Chase Manhattan Bank, director of investor relations for PepsiCo, and an assistant professor of finance at Texas Southern University in Houston. Beginning in 1982, he served in the White House for two years as special assistant to President Ronald Reagan and assistant director for commerce and trade in the U.S. Office of Policy Development.