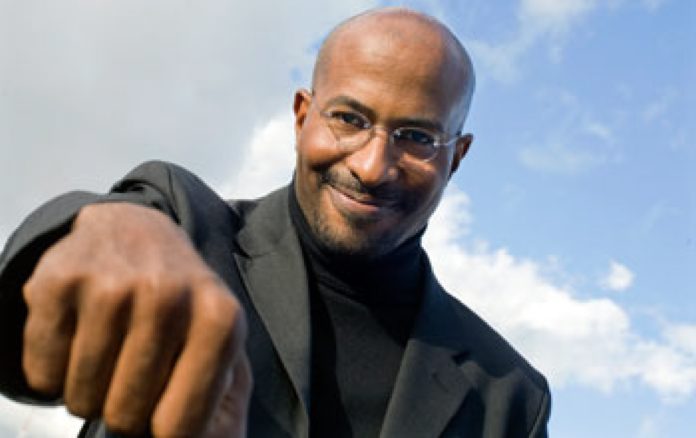 Appearing on CNN’s “State of the Union,” Jones argued that if Democrats want any victories going forward, they’ll have to prove themselves to the working class and people of color. Clinton’s brand of moderate politics, he said, simply won’t work.

“You can’t run and hide,” he continued. “You’ve got to be an authentic person from the beginning. You’re going to be judged based on your authentic commitment to the actual base of this party. And if you don’t do that, you can’t win.”

In Jones’ view, Clinton missed a crucial opportunity to reach out to that liberal base when she selected Sen. Tim Kaine (D-Va.) as her running mate.

“She didn’t pick someone from the progressive wing, which made it much harder to heal those wounds with the [Bernie] Sanders and Elizabeth Warren wing,” he said.

“She is unreal,” Jones said of Harris, who is the first Indian-American ever elected to the Senate, and will be the first black woman to serve in the upper chamber in two decades. “She’s got African-American roots. She’s got Asian roots. She’s female. She’s tough. She’s smart. She’s going to become a big deal.”

During an appearance on Comedy Central’s “The Daily Show,” last month, Jones explained why he believes it’s important for liberals to continue to reach out to those who voted for President-elect Donald Trump. He echoed that sentiment during Sunday’s CNN appearance, pressing Democrats to embrace “more kinds of people.”

“If we’re the party for the underdogs everywhere, we win,” he said.

We’re exploring how Trump’s First 100 Days in office could change America and affect different communities. Subscribe to our newsletter, choose the community that you most identify with or want to learn more about and we’ll send you the news that matters most once a week throughout Trump’s first 100 days in office.