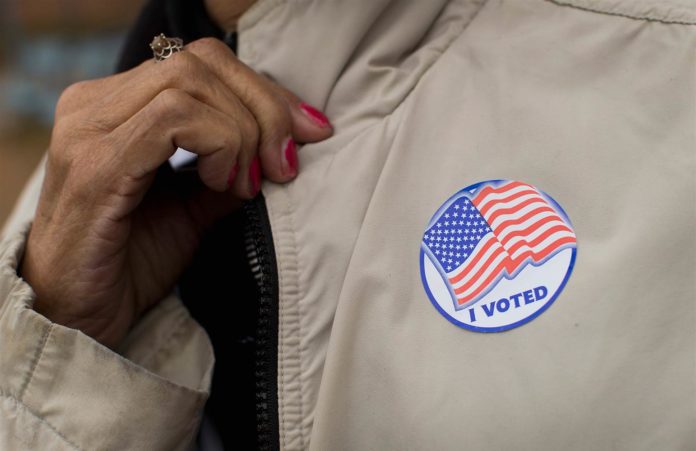 A new campaign is underway to ensure Black women have the news and tools to get out the vote on Nov. 8.

#BlackWomenVote Get Out The Vote, a nonpartisan campaign, was launched on the 99th birthday of civil rights leader and voting rights activist, Fannie Lou Hamer, who organized and encouraged Blacks to register to vote. She also worked for the Student Nonviolent Coordinating Committee, which fought racial segregation and injustice in the South. In 1964, she helped found the Mississippi Freedom Democratic Party. Hamer died in 1977.

The campaign is centered around the website BlackWomenVote.com, which provides the latest election news, commentary and tools for Black women to prepare to vote, and get out the vote within their social networks. Over the next month, the campaign will reach Black women across the country to activate their circles and give them the tools to raise their voice, cast their vote and flex their collective voting power.

“The new campaign provides Black women with tools they can use to vote and get their networks to vote,” said Glynda C. Carr, co- founder of Higher Heights, the company behind the campaign. “We know that when you fire up a Black woman she does not go to the polls alone, she brings her house, her block, her church, her sorority, and her water cooler. For us, this election is about harnessing the power of Black women’s votes to address and support building economically stable communities and the other issues of the greatest importance to Black women.”

The website includes an Election Center, where women can pledge to vote and make a voting plan as well as connect them to tools like register to vote and find their polling location. The site also includes weekly commentary on news from Black women across the country about this election and current topics focused on issues affecting Black women.

“We have launched this campaign to provide meaningful ways for Black women to organize their networks this election and demonstrate our collective power for change in our communities and nationwide,” said Kimberly Peeler Allen, co- founder of Higher Heights. “This is really about harnessing the power of Black women to ensure we have a seat at political and economic decision making tables.”