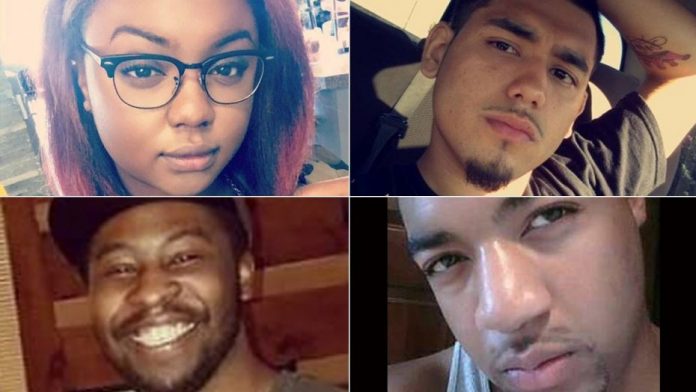 The Nashville, Tenn. area continues to mourn after a mass shooting at a Waffle House left four people dead, all of them young people of color.

Police say 29-year-old Travis Reinking opened fire in the restaurant parking lot shortly after 3 a.m. pm April 22 before storming the restaurant, which had about 20 people inside. Four people – three of them Black and one Hispanic – were killed and four others injured before a customer wrestled the weapon away and Reinking ran out.

Reinking, who is white, was finally captured a day later after a massive manhunt. It’s not clear why Reinking attacked patrons and employees, though he may have “mental issues” said Metropolitan Nashville Police Chief Steve Anderson. Reinking also injured Shanita Waggoner and Sharita Henderson.

Another Black customer, James Shaw Jr., was hailed as a hero for rushing Reinking, wrestling his assault rifle away and tossing it over the counter. At that point, Reinking fled.

Here’s what we know about the victims who died:

“The senselessness that continues to happen will not be overlooked and we will not allow the enemy to take victory,” Taurean’s cousin Tiffany Sanderlin wrote on Facebook. “We celebrate the Life he [led] and take refuge in the person he was.”

Joe Perez, 20– Perez, a customer, was killed outside the restaurant. He was originally from the Austin, Texas, area, according to his Facebook profile.

“Please say a prayer for my family for today is the hardest day of my life,” his mother, Trisha Perez, wrote in a Facebook post. “My husband and sons are broken right now with this loss. Our lives are shattered.”

Akilah DaSilva, 23– DaSilva was shot while eating inside the Waffle House. He died after being transported to a hospital. DaSilva, who went by the nickname “Natrix,” was originally from Brooklyn, N.Y., according to his Facebook profile. He was a rap artist and music video producer.

“He had a smile that could light up a room and a laugh that would warm your heart,” DaSilva’s family said in a statement. “He embodied compassion and had a zeal for life. A loving son and selfless friend, he was a beacon of hope, love, and strength in his family.”

DaSilva’s girlfriend, 21-year-old Shanita Waggoner, was injured during the shooting.

DeEbony Groves, 21– Groves, a senior at Belmont University, was shot to death inside the restaurant. She was a star athlete and an industrious student, according to her high school basketball coach Kim Kendrick.

“She was a brilliant young lady, very, very intelligent and a very hard worker,” Kendrick said. “She was a very likable young lady. She was one of three seniors on her team, and she was a great role model for the other players because of her hard work and dedication to her studies and to her school.”

Groves studied social work at Belmont University, the largest Christian university in Tennessee, and was a member of Delta Sigma Theta Sorority, according to the university’s student newspaper.