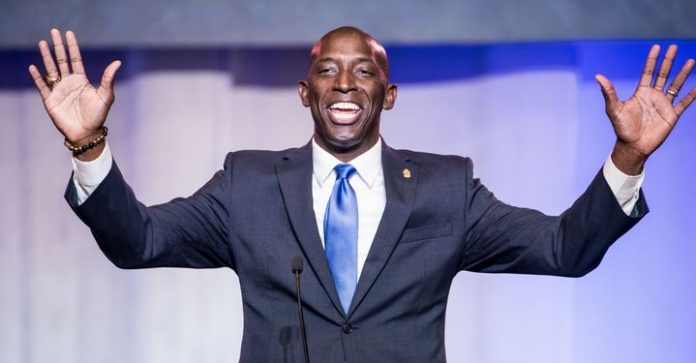 Wayne Messam, the mayor of Miramar, Florida, saidWednesday that he is stepping down from the race for the 2020 Democratic presidential nomination.

In a Medium post dated Nov. 19, Messam thanked his supporters, and said, “I will continue to be engaged during this 2020 cycle to ensure that we defeat Donald Trump.”REAL LIFE. REAL NEWS. REAL VOICES.Help us tell more of the stories that matter from voices that too often remain unheard.Support HuffPost

Messam launched his campaign in March with the pitch that he could beat President Donald Trump because “mayors get the job done.”

But Messam’s campaign struggled to gain traction in a Democratic field of initially over 20 candidates, many of whom already had widespread name recognition. He failed to qualify for the June, July and September primary debates in a process that looked at candidates’ polling and donor results. And in one Des Moines Register/CNN poll of Iowa voters in June, not a single respondent said they planned on voting for him.

Messam blamed cable news channels, in part, for his failure to take off as a candidate. Many of the other candidates appeared in town hall events on those channels in which, Messam said, “you’re exposed to millions of Americans at a time for a sustained amount of time.”

“You are able to gain donors or at least, at a minimum, name-brand awareness as a candidate. That helps you in terms of polling, in terms of donors,” he told South Florida’s Sun-Sentinel in June.

Messam was elected mayor of Miramar, located about 20 miles north of Miami, in 2015. He had previously served on the city commission and, before that, started a “climate-conscious” construction company with his wife, Angela.

In his presidential campaign, the mayor said he would prioritize eliminating student loan debt, strengthening gun control laws and repealing tax breaks for the wealthiest Americans.

Messam also highlighted his parents’ experience as immigrants and said he would fight for the “American dream.”