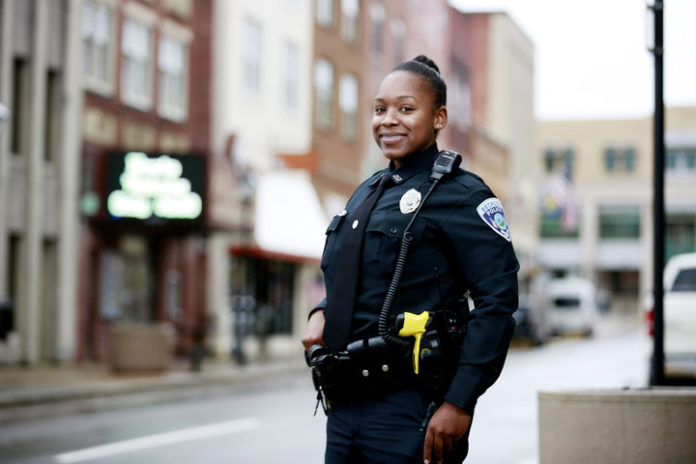 Diggs, who is 25 years old, graduated from the State Police Officer training academy in 2016. She told The Register Herald that she always wanted to work within law enforcement in an interview published online Sunday.

When Diggs set out to pursue criminal justice administration in college, she certainly didn’t intend on making Beckley history.

But, as she recently told the publication, she doesn’t see her role as the town’s first black female police officer as anything to write home about.

“For Beckley to be so integrated and … for there to be no other black female, ever, on the police department, I guess it is a big deal, in some aspects,” she continued. “To me, it’s not a big deal.”

Black residents make up 21% of Beckley’s population of 17,000, a number which isn’t reflected in the town’s police department. Only 9% of Beckley’s Police Department is black while the national average in 2013 was 16% for full-time cops.

At a time when there’s a growing mistrust between minority Americans and law enforcement, Diggs said she wants to help that dynamic in her new role.

“As a minority, you can’t help change the system if you don’t get involved in the system,” Diggs told the publication last April. “That was a big aspect to me, if I want to change something, I’ve got to do something about it.”