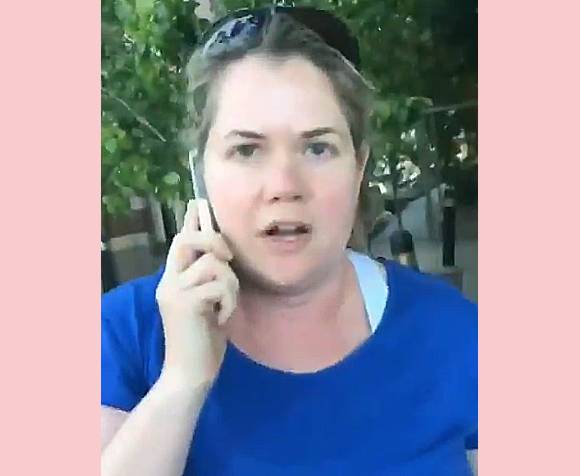 San Fransico woman Alison Ettel appeared to call the police on an 8-year-old girl for selling water bottles outside of her apartment then later claimed there’s nothing racist about her actions.

The little girl’s mother recorded the woman calling the police because they were “illegally” selling water. The caption said, “Make this b*tch go viral like #bbqbecky she’s #permitpatty would you rather my daughter be out here getting into shit Fr cuz an 8 year old selling water in front of her apartment building where she’s lived her whole life is NOT a reason to call the Police 🤬🤬🤬”

In the video, you can hear the mother saying, “This woman don’t want a little girl to sell some water, she’s calling the police on an 8-year-old girl.” Ettel then tried to hide behind a wall and the mother said, “Don’t hide, the whole world gonna see you, boo.”

Ettel says into her phone, “Yeah, and um, illegally selling water without a permit.” She told Huffington Post, however, that she didn’t really call the police and the incident left her feeling, “horrible and heart-wrenched.” Adding that the noise was the real issue for her, “they were screaming about what they were selling. It was literally nonstop. It was every two seconds, ‘Come and buy my water.’ It was continuous and it wasn’t a soft voice, it was screaming.”

When she confronted the young girl’s mother, Ettel told the news publication that the mother “snapped.”

Ettel made sure to add that this was not a race issue. “I have no problem with enterprising young women. I want to support that little girl. It was all the mother and just about being quiet.”

Twitter users are now calling her “Permit Patty.” Ettel admits her actions were “stupid” and hopes to keep her reputation intact. “I completely regret that I handled that so poorly. It was completely stress-related, and I should have never confronted her. That was a mistake, a complete mistake. Please don’t make me sound horrible.”