DefenderNetwork.com
Home NEWS In Your Words Political Power of Black Women: Reflections on 100 years of suffrage 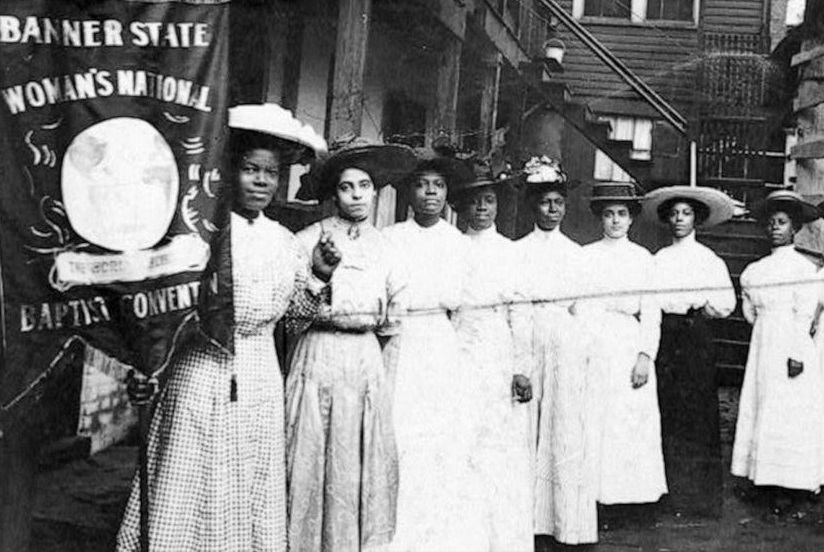 The 19th Amendment granting women the right to vote after years of struggle was ratified on Aug. 18, 1920. As the nation draws closer to the 100th anniversary of this milestone in women ‘s suffrage, Elizabeth Cady Stanton and Susan B. Anthony will be paraded as the movement’s heroines.

And why not? They wrote the six-volume book, “History of Women’s Suffrage,” chronicling the movement. The only problem is their story ignores the herculean efforts of Black women suffragists, and the racism practiced by their white counterparts that left Black women without the ability to fully cast their ballots for another 40-plus years.

“Much of the narrative of Black women’s leadership – even our presence in the suffrage movement is hardly known,” said Gwen McKinney, president and founder of McKinney & Associates Public Relations in Washington, D.C. and director of a campaign titled Suffrage. Race. Power: Unerased Black Women.

“‘Herstory’ has been obscured, untold and erased,” McKinney said. “We can only address the erasures by telling our stories, highlighting our contributions and amplifying the voice of Black women.”

Undeterred, Black women continued their path toward greater political power, and now stand as political difference-makers, demanding their long-overdue seat at the table.

For some, the historic victories of 19 African American judges in Harris County during the 2018 midterm elections, served as an introduction to the power of Black women in the political sphere.

Long before that election, we witnessed the national rise of U.S. congresswomen like Maxine Waters and Sheila Jackson Lee and U.S. senators such as Kamala Harris. Even before their predecessors like the late Barbara Jordan and Shirley Chisholm, there were countless difference-making Black women who flexed their political muscle.

Mary Church Terrell (1863-1954). She may be the best known of the Black women suffragists, yet even she is far from a household name. 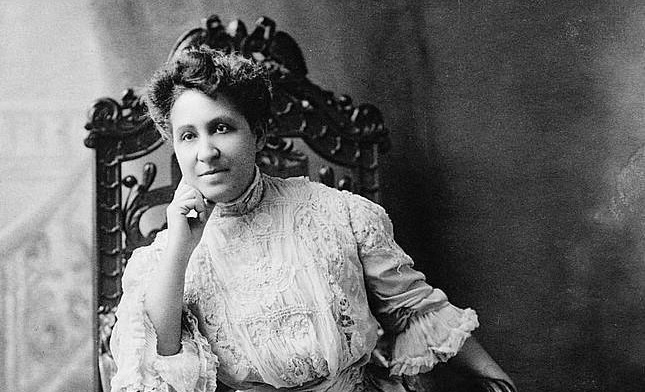 A member of the National American Woman Suffrage Association, Terrell founded or co-founded several voting-related organizations, including the National Association of Colored Women in 1896. The NACW was a federation of local clubs that viewed winning women the right to vote as a critical step in improving the lives of all Black people nationally. Her words, “Lifting as we climb,” became the NACW’s motto.

Terrell not only fought against the roadblocks raised by white women, but also those of some Black men.

“What could be more absurd than to see one group of human beings who are denied rights which they are trying to secure for themselves working to prevent another group from obtaining the same rights,” said Terrell. “For the very arguments which are advanced against granting the right of suffrage to women are offered by those who have disenfranchised colored men.”

Dr. Rosalyn Terborg-Penn, former professor of History at Morgan State University and an authority on Black women in the suffrage movement (www.suffragistmemorial.org), spotlights Terrell and others who laid the foundation for today’s political powerhouses.

Sojourner Truth (1797?-1883). According to Terborg-Penn, she was the first known Black female suffragist. Born Isabella Baumfree, she was also an evangelist, abolitionist, author and former slave who escaped to freedom in 1826. 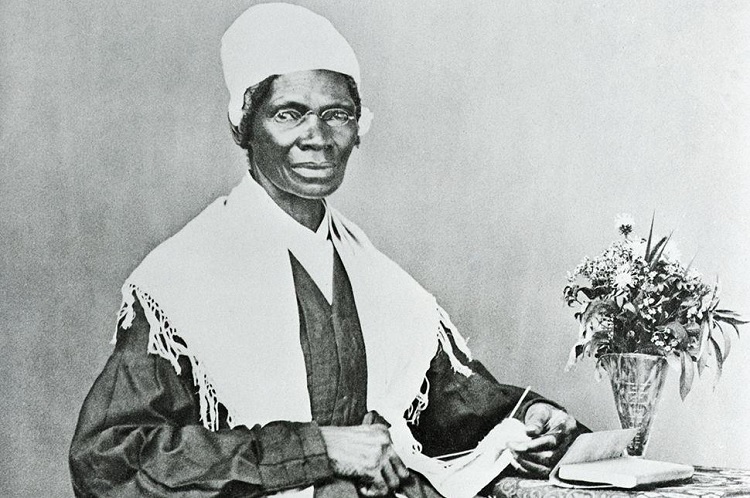 Ida B. Wells-Barnett (1862-1931). The legendary anti-lynching crusader, newspaper editor, co-founder of NACW and founding member of the NAACP, also founded the Alpha Suffrage Club for Black women that published a newsletter to educate Blacks about issues and candidates on the ballot. When Wells-Barnett was told to march in the back of the 1913 Suffrage Parade in Washington D.C., she refused, boldly marching in front. 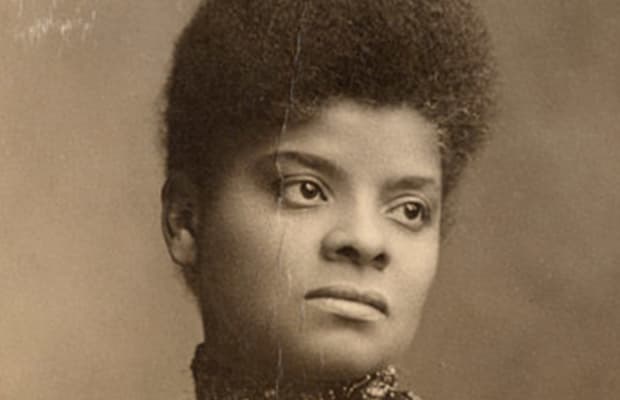 Sarah Parker Remond (1826-1887), a member of multiple abolitionist and suffragist organizations, and her brother Charles, were so highly regarded that they both spoke at the National Woman’s Rights Convention in New York (1858). However, the racism displayed by white women suffragists was the last straw for Remond who left the U.S. for Florence, Italy where she studied medicine and became a physician. 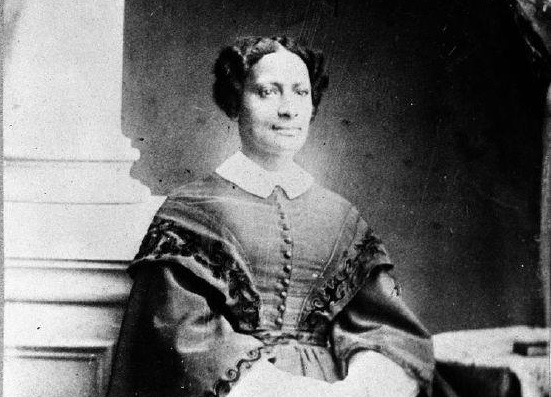 Congresswoman Sheila Jackson Lee: “This historic centennial offers an unparalleled opportunity to commemorate a milestone of democracy and women’s commitment to change and equality.  African American women began forming their own clubs in the 1880s and founded the National Association of Colored Women in 1896. Unlike predominantly white suffrage organizations, the NACW called for other reforms to address the economic, educational and social welfare of African American women and children, such as job training programs, fair wages and childcare. African American women have been at the forefront of fighting for equality issues prior to passage of the 19th Amendment… Today, as a result of the suffragist movement and the Voting Rights Act of 1965, we have 127 women serving in Congress of which 22 are African American and 48 are women of color.”

State Rep. Senfronia Thompson: “The 100th anniversary gives me an opportunity to thank all the Black women of the past and present for the one power, the opportunity to vote. It took courage and perseverance for Black women to continue to fight for the right to vote and endure the resistance of counter-attacks.”

POLITICAL GROWTH SEEN IN YOUR LIFETIME

Councilmember Letitia Plummer: “I was born a few years after the Voting Rights Act was passed, and so I grew up hearing and seeing African American women running for office. One of the first women that I learned about was Shirley Chisholm…Growing up, she was everyone’s role model and hero. In Houston, I saw Congresswoman Sheila Jackson Lee become judge and then a Houston City Councilmember and then finally congresswoman. It was just so exciting to follow that journey and see someone from our community achieve political greatness. Now we see more and more Black women in running for office nationally. We even have four Black women on Houston City Council.

WOMEN WHO INSPIRE YOU POLITICALLY

McKinney: “Septima Clark, a stalwart civil rights warrior who envisioned campaigns against the literacy tests, is hardly known. Frances Ellen Watkins Harper, a 19th century suffragist, was also a writer, poet and the first Black woman author of a published short story. More contemporary activists like Diane Nash and scores of others made invaluable contributions to the advancement of Black people and American democracy.”

Yanece Washington, TSU student & Mayor’s Student Leadership Alliance member: “Taraji P. Henson, Michelle Obama and Beyoncé because they have shown time and time again that being a woman is a tool and not a curse. That being a Black woman is an enhancement and a way to reach the masses.”

Jackson Lee: “Black women drive turnout for the Black community and are one of the most progressive voting blocs in the country. We demonstrate high levels of support for progressive issues such as police reform, raising the minimum wage and protecting Social Security… Without Black women, President Obama would not have won the White House in 2012.”

Washington: “Our informed way of thinking and emotionally spiritual way of connecting candidates to the needs of the people, will play a major role in the candidates that are pushed in the African American community, and drive overall voter turnout in the Black community.

Plummer: “Black women vote, and Black women make sure their families vote. In the 2018 election, Black women were key to flipping seats. It is the same this year too. The exciting thing is the number of women, especially Black women, running throughout the country. We are the most substantial voting bloc. We need to realize our power.” 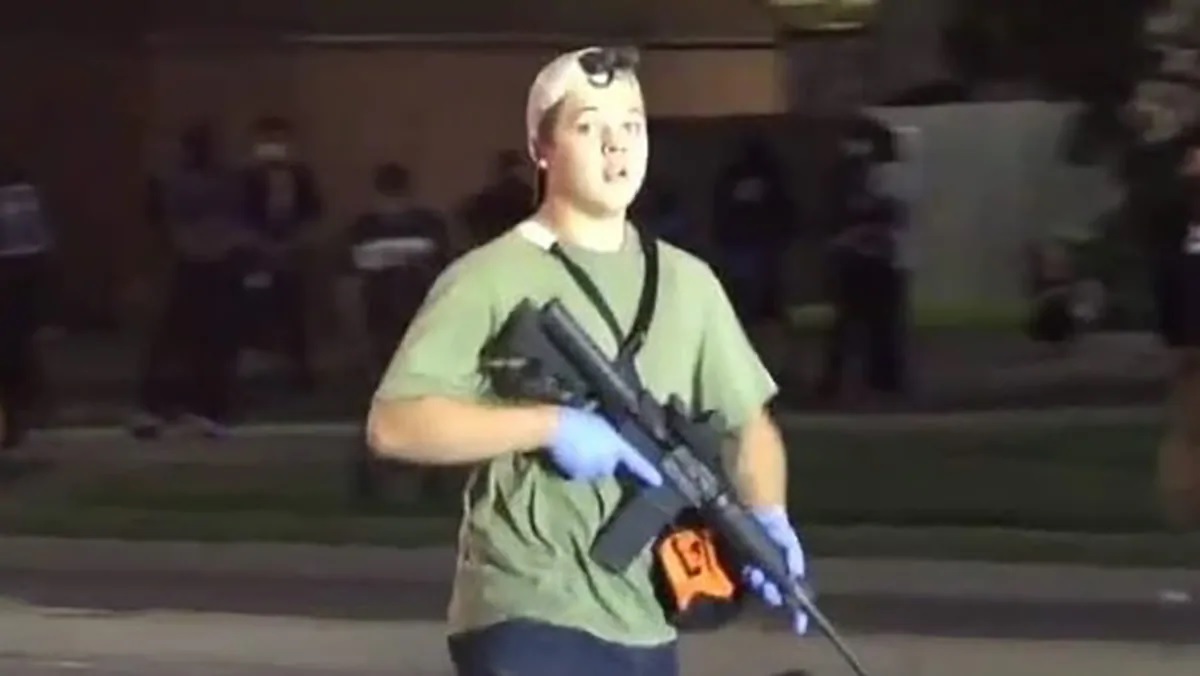 17-year-old arrested after 2 killed during unrest in Kenosha 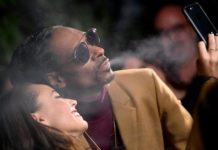 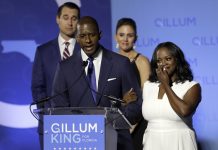 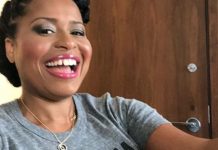