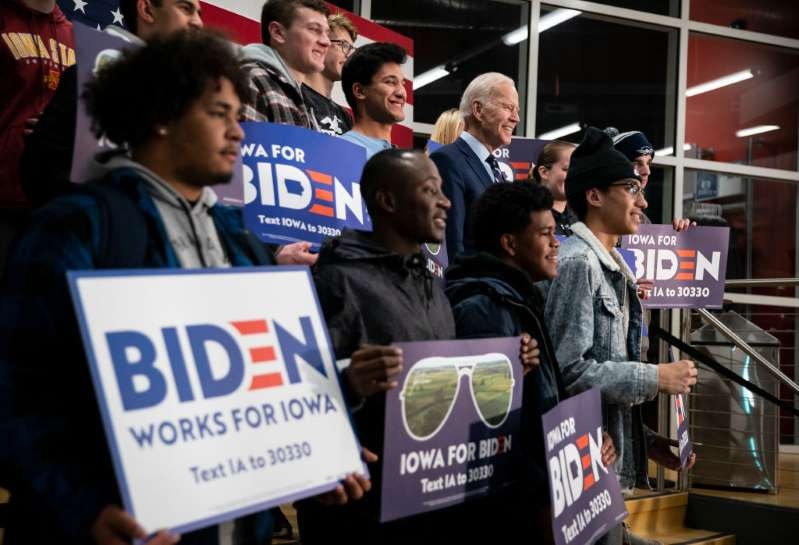 Less than one-fifth of college students plan to vote for President Donald Trump in the upcoming election, with a significant majority saying they will cast their ballots for Democratic nominee Joe Biden.

“The poll’s findings paint a stark picture: Most college students plan on voting, and they heavily prefer Joe Biden over President Trump,” the Knight Foundation said in a press release emailed to Newsweek. “They favor mail-in voting, especially Democratic students, during a time when questions are being raised about the U.S. Postal Service’s ability to deliver ballots on time.”

The polling data suggests college students are disillusioned with the state of American democracy. A significant majority (81 percent) of survey respondents said that special interest groups have more influence in the election than voters do. Additionally, nearly three-quarters (74 percent) said that they will have major or minor doubts over the election’s overall fairness.

Biden’s support from college students aligns with national sentiments, although the percentage saying they will support the Democratic nominee is significantly higher among college students. The current Real Clear Politics average of national polls shows Biden as the clear front-runner, with a lead of about 7.6 percentage points over the president. A poll carried out by CBS News/YouGov from August 20 to 22 shows Trump trailing Biden by 10 points, with the backing of just 42 percent of voters, compared with 52 percent who support the Democratic challenger.

Trump and his campaign officials have consistently dismissed negative polling results. They argue that most pollsters are biased against the president and Republicans. Campaign aides have also pointed to the 2016 election, when most polls indicated that Hillary Clinton would win. But Trump pulled off a series of victories in key swing states—including Florida, Michigan, Pennsylvania and Wisconsin—that propelled him to victory in the Electoral College.

However, recent polls out of Florida, Michigan, Pennsylvania and Wisconsin suggest that Biden has a definite advantage over Trump in these states. The Real Clear Politics averages for these states show Trump trailing his Democratic opponent by a range of 5 to 6.7 percentage points.

Biden’s national advantage over Trump also appears to be better than Clinton’s in 2016. Morning Consult’s results of post–Democratic National Convention polling, released Saturday, show that Biden is supported by 52 percent of voters nationwide, compared with just 43 percent who favor Trump. In 2016, Clinton was backed by just 43 percent of voters at the same point in her campaign, while Trump was supported by 40 percent.