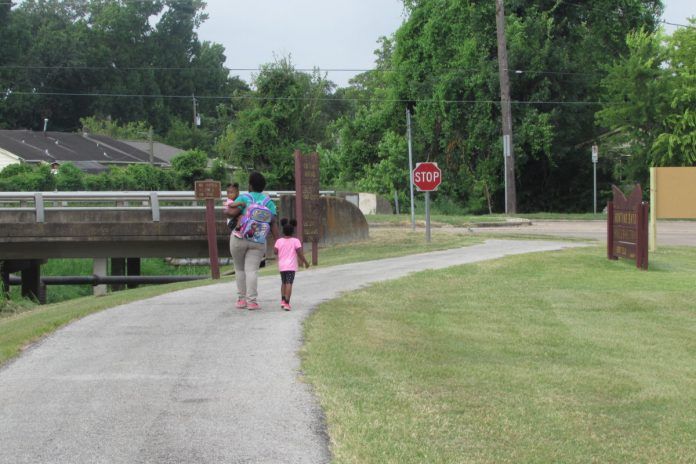 Commissioner Rodney Ellis on Monday pledged $7.4 million in funds to help finish up a massive bike trail project linking up the city’s waterways.

Ellis announced the Precinct One partnership Monday as part of the Bayou Greenways 2020 parks project, a plan to create and connect more than 150 miles of trails and 3,000 acres of green space along Houston’s major waterways.

“We want to make sure no matter where you live, no matter how much money you make, it’s a big deal for everyone to have a linear park one and a half miles from where they live,” Ellis said.

Local officials say most of the project will be completed by the end of 2020, and Ellis’ commitment is contingent upon approval of the Harris County Commissioners Court, which meets Feb. 25, according to the Houston Parks Board.

Upon completion, roughly 1.5 million Houstonians will have access to a nearby park. The investment will particularly benefit communities in low to moderate income areas that have historically gone without critical investments in flood protection.

“Our green space and greenways serve as critical contributors to flood resilience by absorbing some of the rain water that will continue to challenge our region,” Mayor Sylvestor Turner said Monday.

Bayou Greenways 2020 is the single biggest down payment on park equity in Houston. In addition to the city and county, more than 200 donors contributed to the $220 million project.  $50 million was given by the Kinder Foundation.

The Houston Parks Board also announced a year-long celebration of the project, which will include the April 4 “Sights and Sounds” festival headlined by Bun B, Los Skarnales, The Mighty Orq, and Genesis Blu.

“This is an important year for Houston as we embark on the final stretch of Bayou Greenways 2020,” Turner said. “I look forward to seeing Houstonians from across the city come together in celebration of our growing trails, parks, and green spaces.”