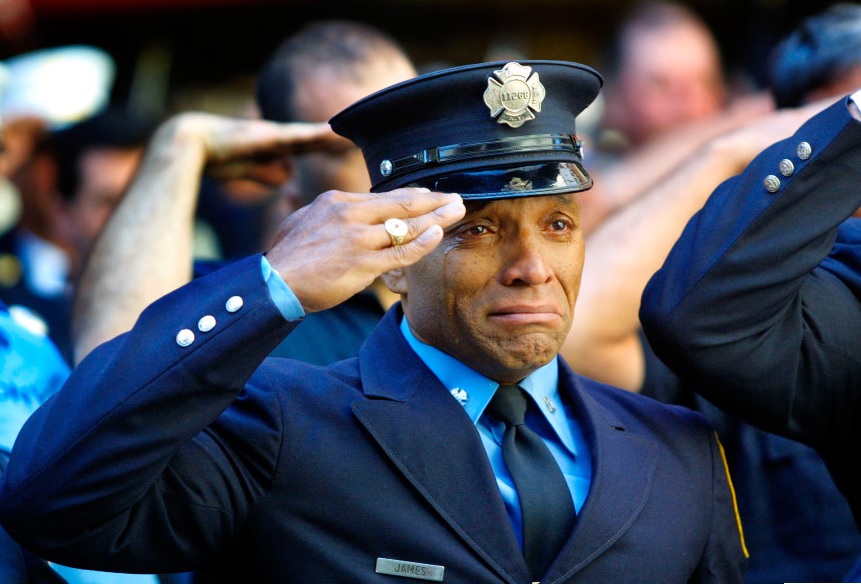 The nation forever changed 19 years ago when 3,000 people were killed in New York City, at the Pentagon and in a field in rural Pennsylvania in terror attacks orchestrated by al Qaeda leader Osama bin Laden. Ever since then, the horror of it all replays like a bad movie on the anniversary and fresh wounds are reopened. Here, we remember some of the unsung heroes who stood on the front lines during the attacks on 9/11.

1) The stories of 12 African-American firefighters — Leon W. Smith Jr., Shawn E. Powell, Vernon Cherry, Andre Fletcher, and Ronnie L Henderson; Gerard Jean Baptiste, Keithroy Maynard, William L. Henry Jr., Karl Joseph, and Tarel Coleman. Keith Glascoe and Vernon Richard — who gave their lives at the World Trade Center site to save others on 9/11 have gone largely untold. Craig Kelly, a former firefighter and a grief counselor who worked with the fallen heroes’ families, was compelled to chronicle the aftermath of their deaths and made his research into a documentary, “All Our Sons–Fallen Heroes of 9/11,” which was released in 2004. The tribute memorializes the fateful day’s heroic lives and what they meant to their communities. 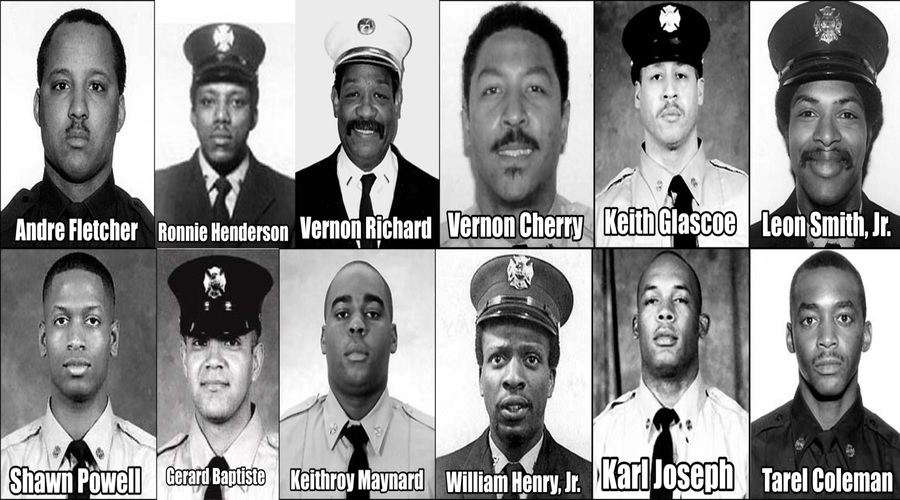 2) U.S. Marine Jason Thomas, who was 32 at the time, ran “toward Ground Zero” at the World Trade Center with only a flashlight and a shovel and made the decision to help as many people as he could. He ended up unearthing a pair of police officers who had been buried beneath 20 feet of debris. But then Thomas disappeared. No one knew of his identity until he was finally unmasked four years later.

Despite his heroics, Thomas was portrayed as a white man in the 2006 film “World Trade” because, well, systemic racism.

The filmmakers later apologized for their inaccuracy, but Thomas, ever the patriot, just laughed it off, saying he didn’t want to “shed any negativity on what they were trying to show.”

3) Just way too young to understand the evils of the world, three bright lights were permanently dimmed on 9/11: Asia Cottom, Rodney Dickens and Bernard Curtis Brown II —all age 11 —were on Flight 77 when it crashed into the Pentagon. The precocious youths had been handpicked to represent three middle schools in the Washington, D.C.-area and travel to the Channel Island National Marine Sanctuary near Santa Barbara, California, to participate in a National Geographic Society research project called “Sustainable Seas Expedition.” The children were accompanied by a teacher and two National Geographic representatives. Sadly, all of the passengers on that fateful flight would die. The children and their chaperones’ memories were honored when the then-mayor of Washington, D.C.— in conjunction with D.C. public schools, the Department of Parks and Recreation, the National Geographic Society, the Anacostia Watershed Society and the Earth Conservation Corp. — turned the islands of Kingman and Heritage into sanctuaries.

4) LeRoy Homer, Jr. grew up in Long Island and always dreamed of becoming a pilot, so when he began flying for United Airlines in 1995, his dream was realized. On Sept. 11, 2001, Homer, 36, was assigned to Flight 93 from Newark, New Jersey, to San Francisco. Four al-Qaeda terrorists hijacked his plane, but after learning about the other crashes at the World Trade Center and the Pentagon, Homer — along with some of his crew and a few passengers — organized a takeover. During the struggle with the terrorists, though, the plane crashed in a field near Shanksville, Pennsylvania, and Homer, a hero indeed, was gone way too soon.

5) Chief Technician in the gross anatomy lab at the City College of New York and scientist Darryl Warner is a special hero with a unique job: He was the country’s only African-American diener, making him responsible for locating donor bodies to be utilized by medical school students. When 9/11 took place, Warner did not think of himself or his health but gave thought to the thousands of victims who fell at the hands of terrorists and needed to be identified and brought back home to their loved ones. Therefore, Warner traveled every day to Ground Zero to volunteer and help identify the remains of the deceased for the N.Y.C. Medical Examiner’s Office. Warner is truly the epitome of a hero who has continued to dedicate his life to science.

6) And who could forget Marcy Borders? The dramatic image of her covered in soot from the fallen towers defined the 9/11 attacks. She died of stomach cancer in 2016 in an illness that may have been brought on by the toxic fumes emitted from the terror attacks that have been blamed for similar deaths in other survivors from that day, including hundreds of NYPD officers. 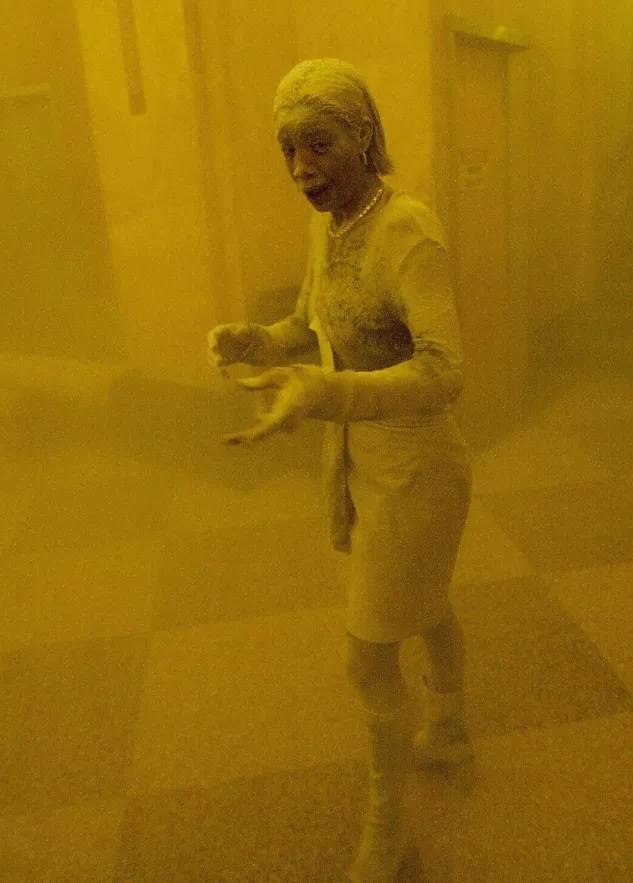 The Bayonne, New Jersey, native worked at Bank of America on Sept. 11, 2001, when terrorists attacked the Twin Towers, where she worked on the 81st floor of Tower One. She managed to escape just minutes after the buildings collapsed, emerging covered in dust and powdered concrete. She was brought to safety in a lobby nearby. AFP photographer Stan Honda snapped a photo of Borders, who became known “The Dust Lady” before her true identity was confirmed. Her image served as a stark reminder of a day that shifted the trajectory of an entire country.

Please let us know on social media the names of other heroes. We will never forget.