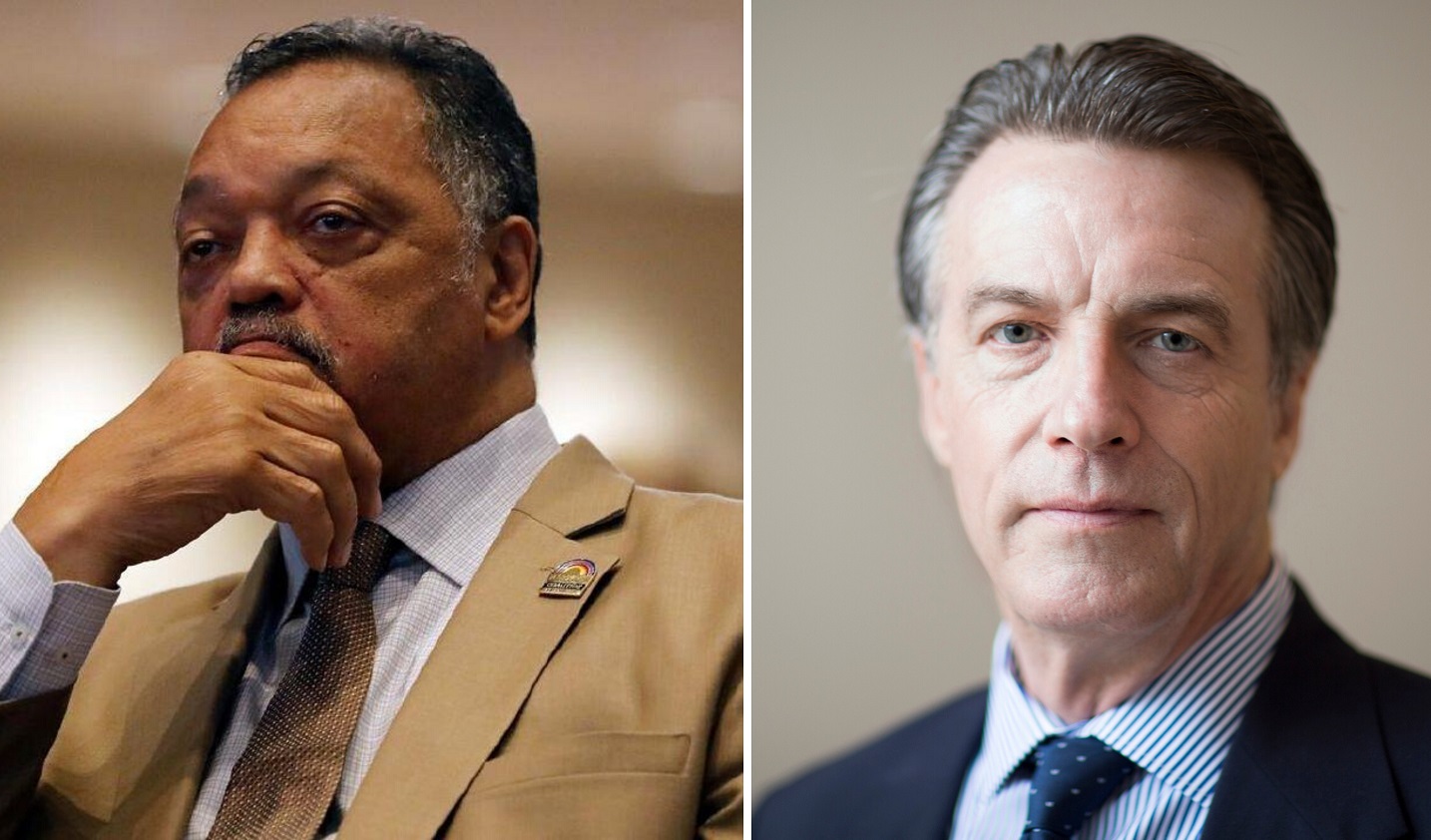 They watched for 8 minutes and 46 seconds, with Floyd unresponsive for 2 minutes and 53 seconds of that, according to the criminal complaint against Chauvin. They did nothing to stop the murder. Their silence was as much an act of violence as Cauvin’s knee. And if there were no video recording of the murder, they likely would have upheld the Code Blue loyalty, and lied about what happened. Floyd’s murder sparked peaceful demonstrations in cities across the country, demonstrations that, in Minneapolis and a few other places, turned toward riots.

Chauvin and his co-conspirators weren’t immediately arrested for the murder. Had Floyd, an African American, done this to a white person, he likely would have been jailed immediately, with a bond too high to reach. For too long, for too often, African Americans have been brutalized without consequence. Floyd’s plea for mercy — “I can’t breathe” — was an echo of Eric Garner’s last words. Laquan McDonald, Tamir Rice, Trayvon Martin, too often the killers walk free. The signs say Black Lives Matter. Yet the very people who are supposed to protect us too often, in too many places, don’t seem to agree. Instead of accountability, police have been given impunity.

There were 17 complaints filed against Chauvin in his 19 years on the force. Only one resulted in even a reprimand. Too few of the police live in the communities they patrol. Too many see themselves as enforcers, not protectors. There are only a few bad apples, we are told. But the Code Blue wall of silence protects the abusers, and too often rots the entire barrel. Young officers learn that if they want to advance, if they want better assignments, better pay, more security, they have to fit in. And the rot keeps spreading.

The demonstrations are necessary. The rioting understandable but regrettable. Already, the damage done to property, the exchanges with the police becomes the subject, not the agenda that is necessary to focus on the outbreaks of rage that are inevitable. “In the final analysis, the riot is the language of the unheard,” Dr. King taught us, “What is it that America has failed to hear?” In the last years of the Obama administration, peaceful Black Lives Matter demonstrations occurred in cities across the country. In a stunning display of discipline and self-control, demonstrators protested police brutality and murders peacefully, shutting down major thoroughfares. The Obama administration began an effort to encourage police reform. The sentence disparities between crack and cocaine — the “Black” drug and the “white drug” — were reduced.

Transfers of military weaponry to police forces were restricted. The Obama Justice Department entered into a series of consent decrees with more than a dozen police departments to encourage them to change their practices — to become more a guardian than an occupier. The consent decrees couldn’t root out racism, or dismiss the sadistic or the disturbed, but they could encourage a change in tactics, and perhaps in attitudes. When Trump was elected, he immediately torpedoed the reforms, and terminated the consent decrees. He reopened the spigot on military weaponry and encouraged the police directly to get tough with offenders. Last October, Bob Kroll, the president of the Minneapolis Police Union, appeared at a Trump rally to celebrate the president for freeing the police from the mild reforms of the Obama years. “The Obama administration and the handcuffing and oppression of police was despicable,” he told the crowd. “The first thing President Trump did when he took office was turn that around, letting the cops do their job, put the handcuffs on the criminals instead of us.”

Those trumpeting law and order offer African Americans neither. Those peaceful protests were met with harsh reaction. The voices were not heard. And now, Minneapolis is in flames and the streets of America’s cities are filled with protesters. What America has failed to hear — decade after decade — is the demand for equal justice under the law, the demand for equal opportunity, the call for basic rights — not only for African Americans but for all — the rights to a livable wage, decent housing, health care, a safe environment, a protective, not a dangerous police force.

The suffering is real; the gap documented over and over, most recently as poverty, hunger and illness makes African Americans disproportionately the victims of the coronavirus. This isn’t complicated. The solutions are known. From the Kerner Commission in 1968 on, the analyses have been done; the needed reforms detailed — and shelved. There is money enough for top-end tax cuts, for bailing out banks and CEOs, for waging endless wars across the world. There is never enough money to fund the gap. And so the anger and frustration build, kindling ready to ignite. And time after time, an act of outrageous police brutality sets the kindling aflame.

The demonstrators are showing courage. We’ve also seen, in a few cities, police leaders show real leadership and wisdom. I pray that all also show caution. We demonstrate not only against the threat of Code Blue, but in the time of COVID-19. Masks, social distancing, care for one another are vital so the demonstrations for life don’t end up sacrificing lives to the virus. In the midst of a pandemic, some march in the hope that America will listen.

Some march without hope but because silence is no longer acceptable. Yes, Minneapolis needs to charge, try and convict the murderer and his accomplices. Yes, the Minneapolis police force needs to cleanse itself, inside and out. America too needs to listen and to change. We will come together, or we will surely come apart.

The fact that our cities are once again on fire, nearly 60 years after I first witnessed this cry of utter frustration and despair, expressed in anger and rage, reminds me vividly that we have yet to address the systemic oppression of African Americans that has existed since the very beginning of our nation. And it raises the question for me of whether, as a nation, we are capable of better. My work as president of the American Leadership Forum here in Houston tells me that we are. But perhaps the more important question is whether each of us as individuals is willing to do the long and incredibly hard work that will be required for us to truly become the land of the free and to finally fully live up to our stated value that all people are created equal.

I love and believe deeply in this country and in my neighbors and fellow Americans. I know that overwhelmingly we are good and decent human beings doing our best to live up to our values and to be good citizens and good neighbors. I also know that there continue to be individuals who hold and promote overtly racist, xenophobic and other exclusionary and discriminatory beliefs. But I know that is not who the vast majority of us are nor what the vast majority of us believe or want.

But the reality is that we live in a society that over centuries has built up systems, structures, customs, practices and narratives that trap us into seeing the world in certain ways and, more insidiously, blind us to the fundamental inequities that continue to exist. This unconscious or implicit bias is what holds us back and blocks the best intentions and efforts of so many of us to achieve meaningful change.  And if we are to be better it is this invisible barrier within each of us, and consequently our society, that must be faced, understood and overcome.

We can no longer say that we do not know what is happening around us every day and in every community. We do not need any more books, posts or articles to be written thinking that somehow one of these will flip the switch of our collective consciousness. There are already many excellent resources that illuminate the problems we must face and offer the tools to begin to change ourselves and as a result our nation. We do not need to see any more videos of people of color being beaten and killed to understand the horror and barbarity of these acts. What we need is the individual and collective courage and commitment to declare that this must stop, that things must change and that we will do whatever it takes to achieve that change.

I do not pretend to have the answers or the prescription to heal this terrible malady.  But I am entirely confident that if we commit to and insist on change that we will find the ways to build the equitable and prosperous society for all of us that we desire. But we must be clear that the work is ours, for each and every one of us to take on. We will each need to get in touch with our most deeply held values and to determine what acts of moral courage we can each take that will contribute to the change we seek. We cannot put the responsibility on others to change us. To be clear this is not a problem that can be solved by government or law enforcement alone or by other institutions.  It will only be through changing ourselves, and consequently our society, that our systems, structures, customs, practices and narratives will begin to reflect this change as well. And, as stated earlier, I believe that it is exactly these things that must change for us to answer the question of whether as individuals, as human beings, as fellow Americans and ultimately as a country we are capable of better. I know that we can be. We must simply choose to be.