Ronald Smith has been a member of New Mount Calvary Missionary Baptist Church in Houston’s South Park neighborhood for the past 40 years. He’s been its pastor for the past 20 years.

But he has never seen anything like what happened in the early afternoon of Monday, Sept. 14.

That’s when a white Buick crashed through the church’s front door, drove through the rows of pews and only stopped on the elevated pulpit area — all captured on surveillance cameras.

But the driver wasn’t finished.

“He reached up and grabbed that light, snatched it down,” Smith said as he stood in the shattered sanctuary, gesturing. “Then he jumped off the car. He flipped that piano over on the floor.” 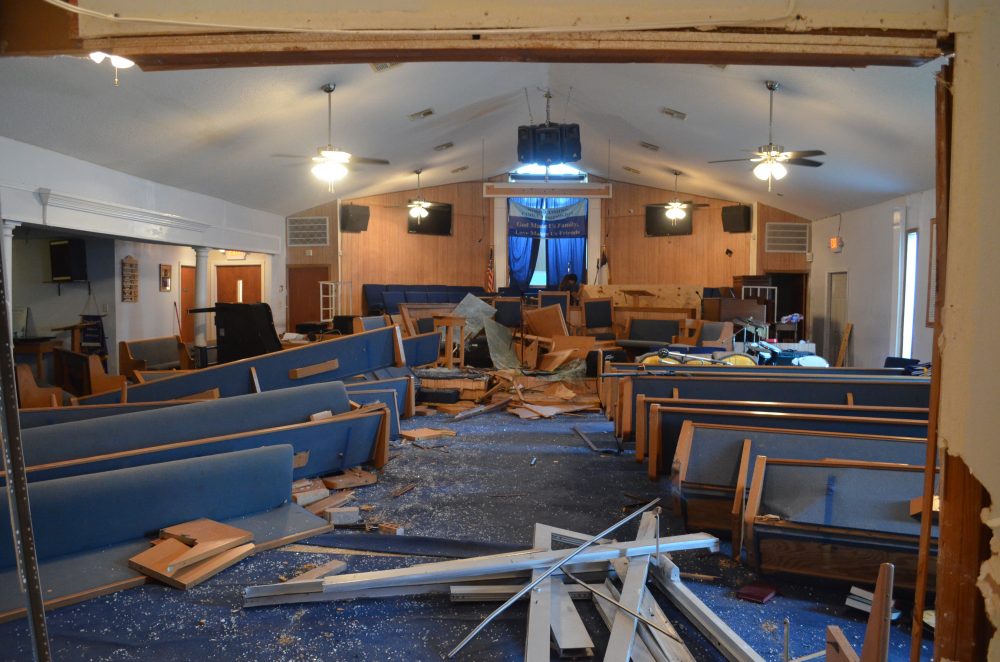 But the pastor is most upset about the broken communion trays.

“That is such a sacred piece of our worship,” he said. “But to see them battered and handled without any heart at all, that’s the toughest part of this whole matter for me.”

Smith said he is just glad it didn’t happen a day earlier, on Sunday, when they would have been worshiping.

Police arrested the driver of the car the same day at a park across the street. A Houston police spokesman said he resisted arrest and showed signs of intoxication.

Police said they are still waiting for the toxicology report before they can charge the man.

More than a week after the incident, the pastor and some congregants were still going through the sanctuary to take inventory and look for salvageable items. 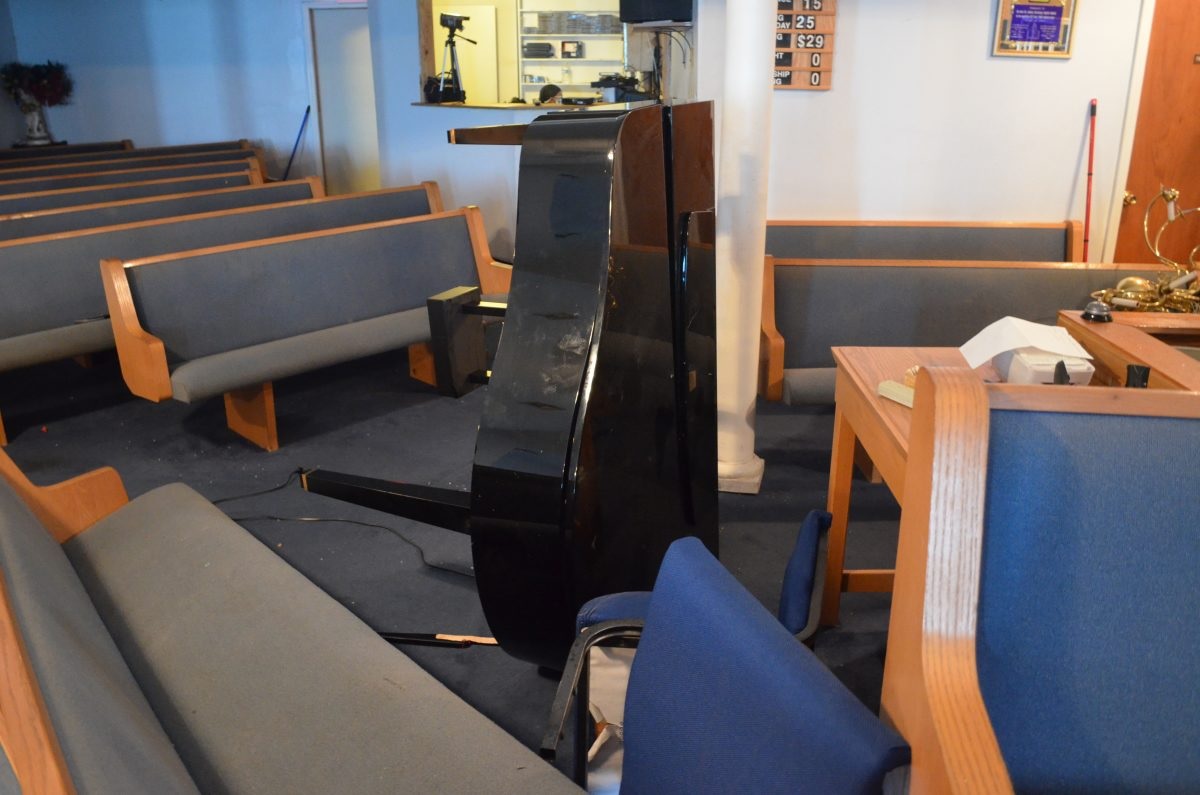 Marchita and Keiaire Brown said they have no idea what caused the man to drive into the church and vandalize it.

“At this point all you can do is just pray and keep it moving,” Marchita said.

“Even for him, for him and the church,” her daughter Keiaire added. “Not just for the church, for him as well to hope that once he comes out of whatever he was on, he doesn’t do it again to the next church.”

Meanwhile, the congregation is looking for a temporary place to worship.

They have insurance but Pastor Smith said they haven’t seen a penny yet, and it took the insurance adjuster a week to come out and assess the damage. 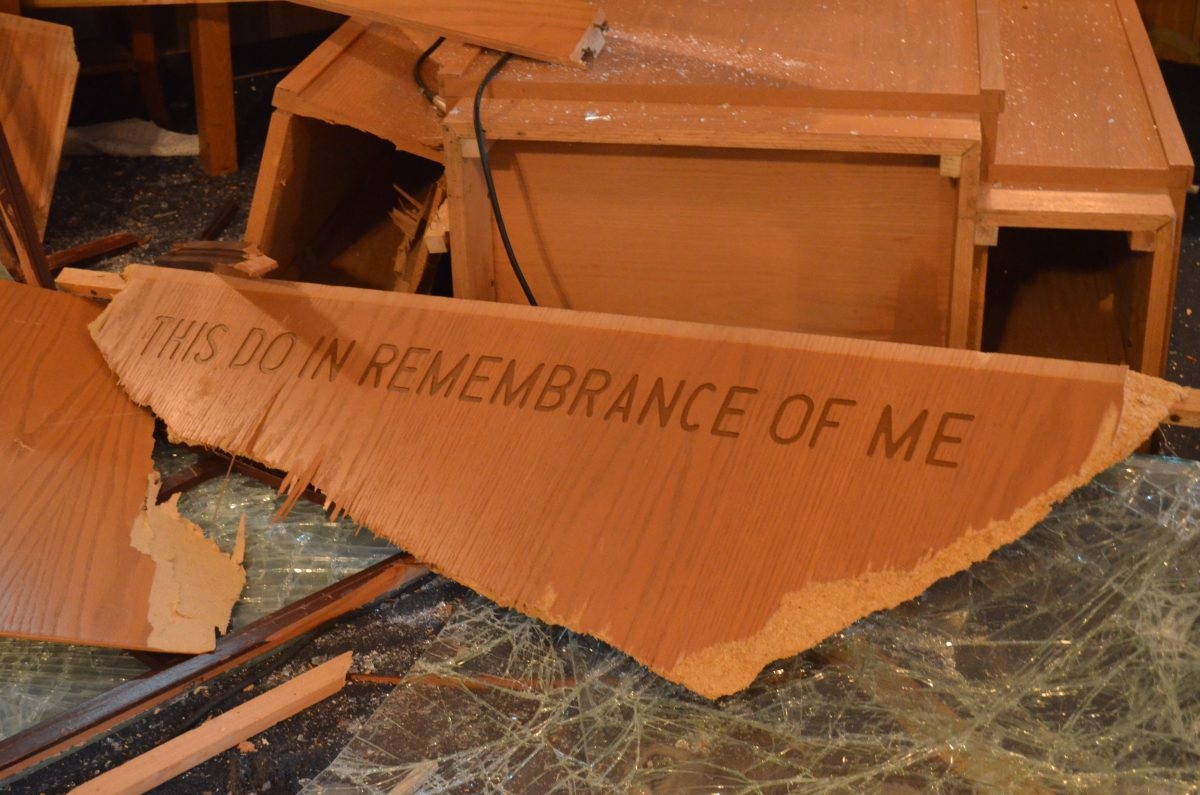 A pastor from a different church has set up a go-fund-me page to help New Mount Calvary.

But despite the hardship, the church has continued its mission helping others in need, most recently taking supplies to areas affected by Hurricane Laura.

“Monday evening after this disaster I had to make the decision, do I go or do I stay here?” Smith said. “Tuesday morning I was in Lake Charles, Louisiana, delivering.”

As for their own issues, the pastor said, God will surely open a door.