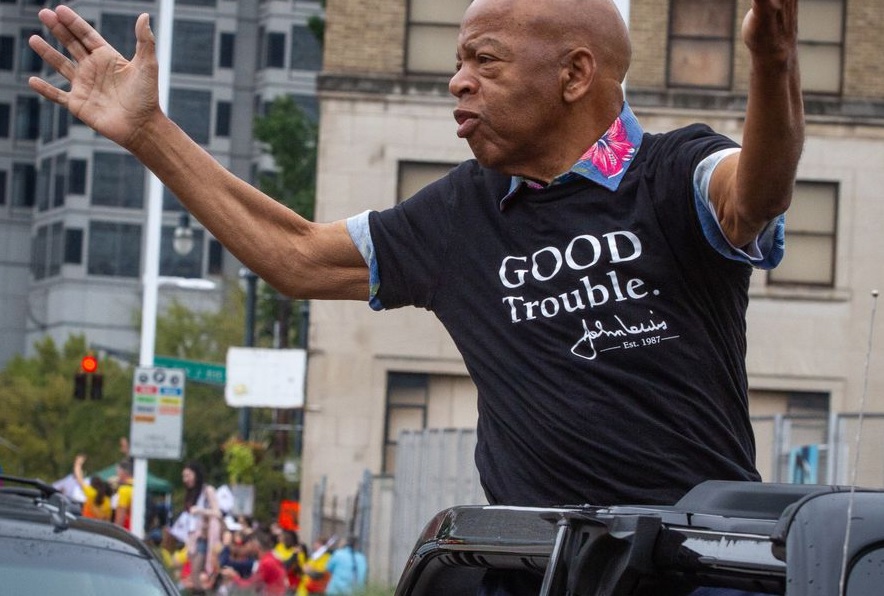 “As we navigate today’s turbulent waters, we draw inspiration and courage for our challenges from the Congressman’s decades of selfless sacrifice,” said Spelman College President Mary Schmidt Campbell, Ph.D.

The late John Lewis relentlessly and fearlessly fought for justice and equality and Spelman College will honor the legacy of the civil rights leader by empowering the next generation of changemakers. According to the Atlanta Journal-Constitution, the historically Black college recently unveiled plans to launch a scholarship fund in his honor.

Spelman College to make a scholarship in remembrance of John Lewis https://t.co/oUHeCvkWzP

The scholarship fund—which will be named after the late congressman—will financially support students who are social justice fellows. Every year, five students will receive $10,000 scholarships. “As we navigate today’s turbulent waters, we draw inspiration and courage for our challenges from the Congressman’s decades of selfless sacrifice, ardent advocacy and steadfast commitment for not just racial equality, but equity for all,” read a statement from Spelman College President Mary Schmidt Campbell, Ph.D. “Spelman was blessed to have him on our campus, engaging with our students, numerous times over the years. Just last spring he encouraged our social justice fellows to stay vigilant in the fight for truth and righteousness when the College joined the UNCF in honoring congressional lawmakers who have served as true champions and strong advocates for HBCUs and their students.”

Several institutions and organizations have organized efforts to pay homage to Lewis. According to Black Enterprise, the Congressional Black Caucus Foundation announced its National Racial Equity Initiative for Social Justice will be renamed after Lewis. “Rep. Lewis was the exuberance of the Civil Rights Movement and a pillar of the Congress,” said CBCF president and CEO Tonya Veasey. “His work and personal sacrifices helped to build the democracy we have today, and he worked until the time of his passing to challenge the injustices present and prevalent today.”

Lewis passed away on July 17 after a bout with cancer.

Lawmakers and the American public are paying their respects to the civil rights icon and late congressman, Rep. John Lewis of Georgia, on Monday as his body lies in state at the US Capitol in Washington, DC.

Lewis is the first Black lawmaker to lie in state at the US Capitol Rotunda, according to congressional historians.
-News One contributed to this story