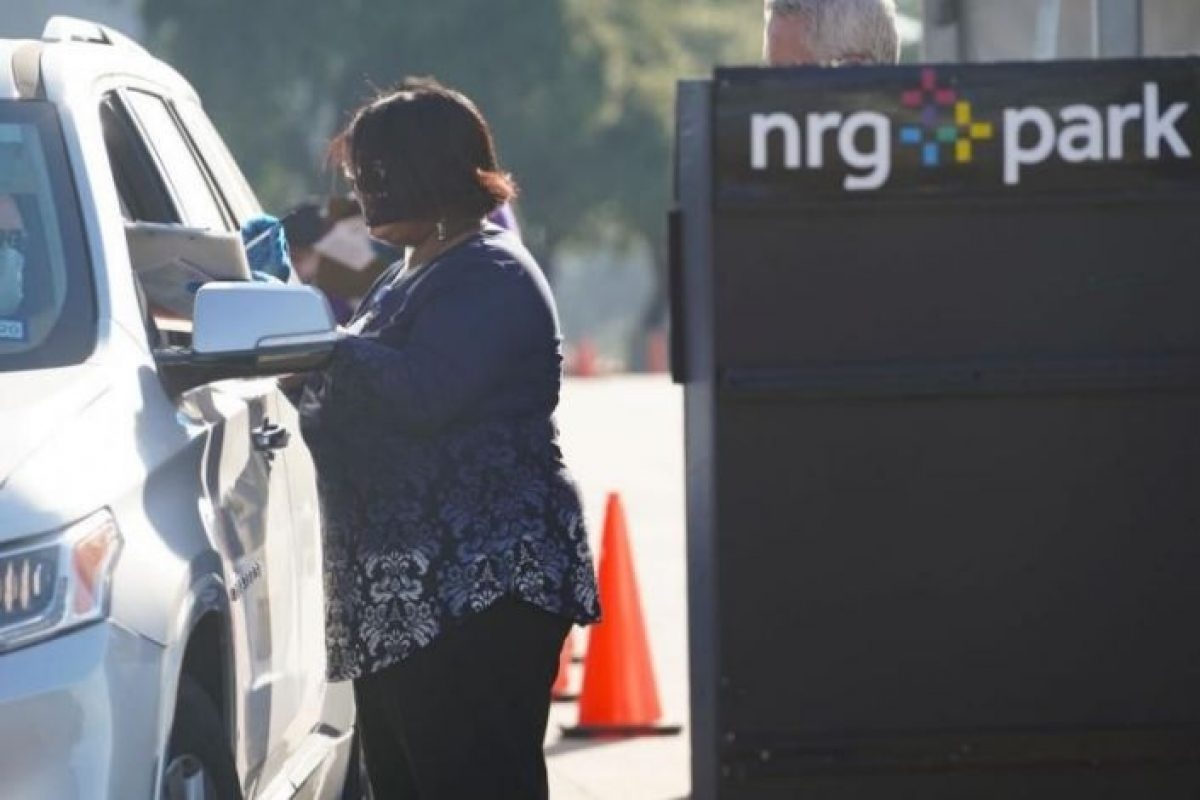 There is still only one ballot drop-off location per county, per the latest emergency stay. In Harris County, that is still NRG Park, Gate 9.

Texas counties are currently blocked from setting up multiple drop-off locations for absentee ballots heading into the Nov. 3 general election due to a temporary order from the U.S. 5th Circuit Court of Appeals. That order came hours after top Texas officials on Saturday again sought to limit drop-off locations some voters use during the coronavirus pandemic.

The federal appeals court’s order sets up a likely last-minute legal battle over absentee voting in Texas as mail-in ballots are already being collected and early voting is set to begin Tuesday.

Saying the district court’s injunction “usurp[s] the power of the governing state authority,” Paxton requested that the U.S. 5th Circuit of Appeals stay the lower court’s ruling no later than 9 a.m. Tuesday, pending an appeal.

Texas voters must present an approved form of identification to deliver their mail-in ballots, and they may not turn in any one else’s ballot. But Abbott claimed the limits on drop-off locations were necessary to ensure election integrity, even though he provided no evidence that the drop-off sites enable voter fraud, which experts say is rare.

The governor’s claims echoed ongoing attempts by Republican President Donald Trump and other GOP leaders this year to sow doubt over the reliability of voting by mail. But even as Texas Republicans have resisted or fought the expansion of voters using mail-in ballots during the coronavirus pandemic, they’ve also urged their own voters to fill out applications for such ballots.

Those GOP attempts to undermine confidence in voting by mail has left Texas voters in a blur of cognitive dissonance during an election in which an unprecedented number of Texas voters have requested mail-in ballots, former Vice President Joe Biden is outperforming past Democratic nominees’ margins in Texas and Democrats are optimistic about taking control of the Texas House for the first time since 2002.

Democrats labeled Abbott’s order voter suppression in a state that has repeatedly been knocked in federal court for intentionally discriminating against voters of color.

“Cutting these mail-in voting locations was wrong and done solely to attempt to steal the election from the rising Texas electorate,” said Gilberto Hinojosa, chair of the Texas Democratic Party. “A county, like Harris County, with more than 4.7 million Texans should have more than one hand delivery location. Limiting counties like Harris is a desperate Republican attempt to hold onto power.”

Texas remains one of only a handful of states that don’t allow for universal mail-in voting during the pandemic. To qualify to vote by mail, voters must be 65 or older, be confined in jail but otherwise eligible, be out of the county for the election period, or cite a disability or illness. The Texas Supreme Court has said that lack of immunity to the coronavirus does not itself constitute a disability, but voters may consider that alongside their medical histories to decide whether they qualify. Abbott’s order required all but one of each county’s drop-off locations to close and allowed political parties to install poll watchers to observe the process.

Pitman’s Friday ruling said the governor’s directive confused voters and restricted voter access. With an unprecedented number of Texas voters requesting mail-in ballots during the coronavirus pandemic, and concerns about the reliability of the U.S. Postal Service, some large, Democratic counties had set up numerous locations to accept the ballots before Abbott’s order.

“By limiting ballot return centers to one per county,” Pitman wrote, “older and disabled voters living in Texas’s largest and most populous counties must travel further distances to more crowded ballot return centers where they would be at an increased risk of being infected by the coronavirus in order to exercise their right to vote and have it counted.”

But in his request for a stay, Paxton argued that Abbott’s order applied to a “small subset of voters who are eligible to vote by mail and could rely on the postal service yet simply prefer to hand-deliver their marked ballot.”

Voting rights advocates and civic groups quickly sued Abbott in federal court over his order, arguing it was based on invalid security concerns and places an unconstitutional and unequal burden on the right to vote.

The Texas and national League of United Latin American Citizens, the League of Women Voters of Texas and two Texas voters filed suit the night of Abbott’s order, and another lawsuit was filed the next day by the Texas Alliance for Retired Americans, the get-out-the-vote group Bigtent Creative and a 65-year-old voter.

Paxton argued the Texas Secretary of State is likely to succeed on appeal for at least four reasons, including that the district court improperly interfered with state election rules on the eve of an election and that it lacked jurisdiction because plaintiffs lack standing.

A stay, he said, would not “irreparably harm plaintiffs” because voters will have more options to vote in the upcoming election than what would be ordinarily permitted by Texas law. Earlier this year, Abbott extended the early voting period for the November election and also allowed people using absentee or mail-in ballots to drop them off before Election Day.

While a spokesperson for the governor did not answer questions on how allowing multiple locations for ballot delivery might lead to fraud, according to Paxton’s filing, it had become clear that counties including Harris, Travis and Fort Bend, that had recently announced plans to open multiple mail-in-ballot delivery locations wouldn’t provide “adequate election security, including poll watchers.” These “inconsistencies,” he said, “introduced a risk to ballot integrity, such as by increasing the possibility of ballot harvesting.”

Harris County, the state’s most populous and home to Houston, had designated a dozen ballot drop-off locations in clerk offices across the county’s roughly 1,700 square miles, and had already begun collecting them. In Travis County, which includes Austin, officials had designated four locations where voters could deliver their ballots.

It was a move that seemingly had initial approval from the state of Texas. One day before Abbott’s limiting proclamation, Texas Solicitor General Kyle Hawkins said Harris County’s multiple drop-off locations were legal in a filing related to another voting lawsuit. Nothing in Texas election law says that multiple drop-off locations cannot be used, Hawkins told the Texas Supreme Court, and “accordingly, the Secretary of State has advised local officials that the Legislature has permitted ballots to be returned to any early-voting clerk office.”

The Texas Democratic Party had called Friday’s ruling a “common sense order [that] followed well-established law and stopped the governor from making up election rules after the election started.”

The Texas Supreme Court ruled this week against several GOP officials who pushed to keep early voting to a two-week period during the pandemic. But the state’s highest civil court also ruled this week that Harris County elections officials could not send out mail-in ballot applications to all of the county’s 2.4 million registered voters.