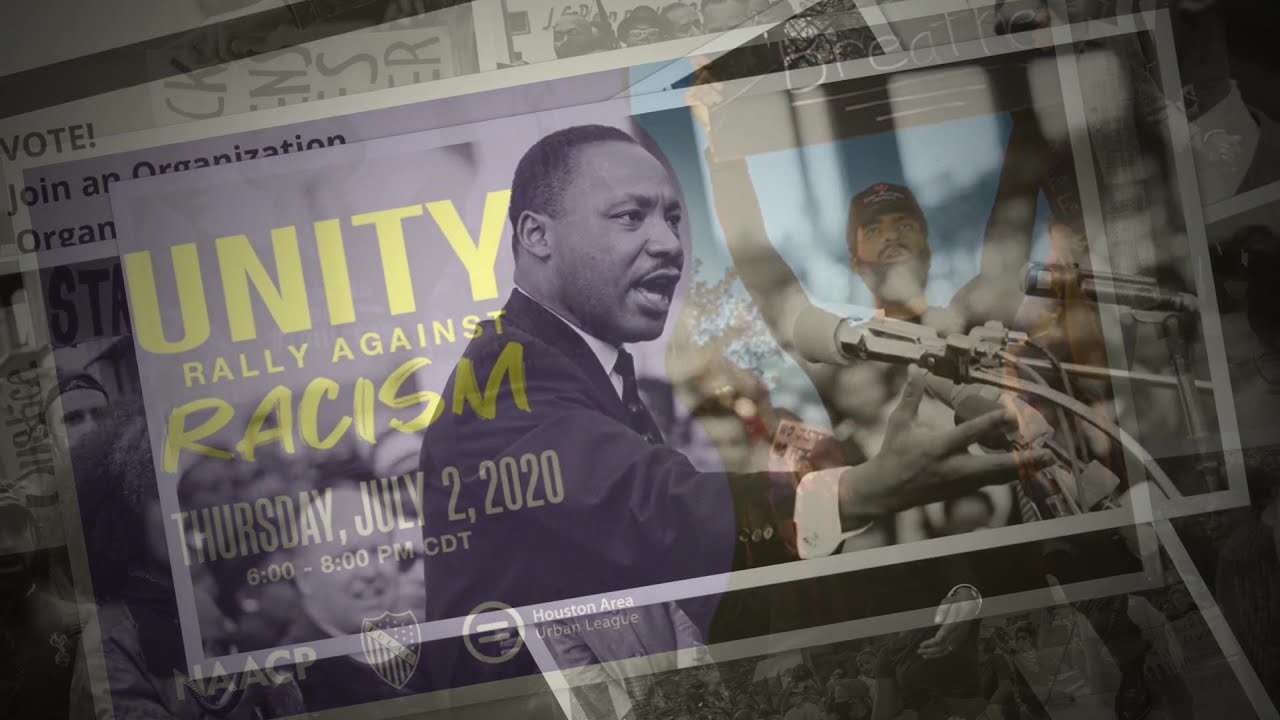 Three of the most historic civil rights organizations, Texas NAACP, The League of United Latin American Citizens (LULAC) and the Houston Area Urban League will host a virtual Unity Rally Against Racism on Thursday, July 2, 2020 at 6 p.m., the anniversary of the signing of the Civil Rights Bill of 1964.

“It has been over 5o years since the signing of the Civil Rights Act and as we commemorate the anniversary of that historic day we are reminded once again that the blind eye of denial, indifference and maybe complicity appears stronger than ever,” said Senator West. “Unfortunately, the recent events in Minneapolis, Louisville and other cities has shown us that it’s time, past time for changes to laws that will stop the heinous act against Black and minority people.

“These challenging times call for even more robust civil rights advocacy and heightened public policy engagement, so we will speak out and put forth comprehensive plans to engage diverse communities in public discourse towards the goals of making black lives matter and unifying Texas.” said Gary Bledsoe, President Texas NAACP. “In today’s climate our focus is on voting and voter suppression because black voters can and do change lives. In the midst of what we view as a massive voter suppression campaign, we must do all that we can to find our way to elect officials who will oppose voter suppression, speak out and hold those accountable when they violate the public trust.”

“This one piece of legislation, the Civil Rights Act of 1964, changed our country from conditions most of us would have a hard time believing ever existed, but they did,” says Domingo Garcia, LULAC National President. “For the first time, there was a law on the books that now said it was illegal to discriminate against someone because of their race, color, religion, sex or where they came from and it banned many barriers that had been put in our way to keep us from voting, attending certain schools, getting good jobs and even getting a decent hotel room. The death of George Floyd and the Black Lives Matters movement are proof that our struggle for justice continues and this is the time for blacks and Latinos to stand together and continue to build upon the principles of the Civil Rights Act. Even the COVID-19 pandemic has brought out the inequities in our society but we are ready to show that together, we will overcome y Hasta La Victoria!” said Garcia.

“We are a modern society with old problems that can be worked out and the Houston Area Urban League will continue to work with local and national leaders to find justice for those who have fallen.” said Judson Robinson III, President of the Houston Urban League. “We must continue to fight for our community and the pursuit of a fair and equitable justice system in America. Until then, we will demonstrate in a peaceful yet constructive fashion and keep pushing for change that creates dialogue and opportunity for progress.”

The moderator for the rally will be Jamie Goodspeed, 97.9 the Beat (Radio One) radio personality. Pastor Richie Butler, Senior Pastor of St. Luke Community United Methodist Church will open the rally with prayer and Lola Wilson will sing the Negro National Anthem, Lift Every Voice.

The Civil Rights Act of 1964 is a landmark of civil rights and labor law that outlaws discrimination based on race, color, religion, sex, or national origin. It prohibits unequal application of voter registration requirements, and racial segregation in schools, employment, and public accommodations. This historical legislation provides hope for the future and a path toward equality that can no longer be denied.