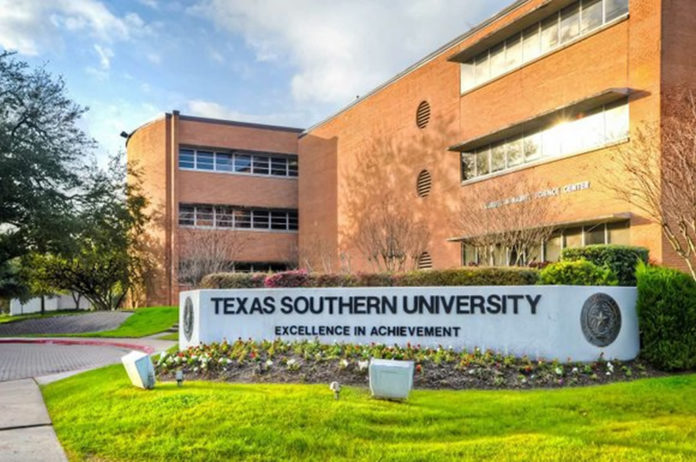 An external review of admissions irregularities at Texas Southern University found that the school awarded more than $2 million in scholarships to students who did not meet its academic admissions criteria from fall 2017 through 2019, according to an executive summary released Thursday.

A significant number of freshman students — 4,141 of 8,273 — were also admitted despite not meeting academic requirements and were instead accepted “based upon a variety of undocumented scenarios” during those years. The university enrolls about 10,000 students, with a freshman class of around 2,000. Many of the underqualified students are no longer enrolled at Texas Southern, the summary says.

The full report, also reviewed by The Texas Tribune, says an anonymous complaint was sent to the Texas Higher Education Coordinating Board in November 2018, alleging that the university, one of the country’s largest historically black colleges, “tried to increase enrollment by encouraging staff to admit all candidates, regardless of whether the candidate met the university’s academic admissions criteria.”

The university’s office of internal audit issued a report about six months later, including the number of admitted students who did not meet the baseline academic admissions criteria. The figures were markedly lower than those found by the external reviewers, who recommended that the university reissue an updated report to “reflect a more accurate analysis.”

Texas Southern interim President Kenneth Huewitt said in a statement Thursday that he had received the report — authored by the Berkeley Research Group — and submitted it to the Texas Higher Education Coordinating Board and the Texas State Auditor’s Office as required.

“Most important, we will continue to address this issue and the recommendations listed in the report,” he said.

The document caps a tumultuous year at Texas Southern, as officials contended with allegations of bribery and improprieties in its law school’s admissions process that were first disclosed in November.

Former President Austin Lane and a top deputy — who was responsible for enrollment management services between 2017 and 2018, the report says — were ousted earlier this year. Lane reached a settlement with the university after the Board of Regents detailed a lengthy notice of termination for cause at a raucous and well-attended meeting. The final agreement did not accuse Lane of wrongdoing, though regents previously tied his departure to admissions problems and said he did not tell officials about them. He has repeatedly denied wrongdoing and declined to comment.

Lane’s former deputy, Wendell Williams, said some of the unqualified students participated in a summer bridge program that offers mentoring and courses to recently graduated high school students. Those who successfully completed the program, which the board knew about, were enrolled as first-time freshmen, he said. He added that he served on an interim basis in enrollment management for less than a year.

Two regents criticized how Lane was removed — calling the process “flawed” and “bush-league” — and one, Derrick Mitchell, later resigned from the board. Two others followed suit, including the former chair, Hasan Mack. He was appointed to the board of the Texas Alcoholic Beverage Commission in March.

Regents first revealed they had learned of alleged improprieties in the schools admission’s process in a terse announcement last November.

In a statement, the board said “the person involved” was no longer employed at Texas Southern and that officials had proactively contacted local authorities after an internal investigation confirmed problems.

The board, which has repeatedly cited its oversight responsibilities, said it brought on independent auditors, attorneys and outside experts to conduct a comprehensive review of the university’s admissions processes — extending to financial aid and scholarship protocols. It’s unclear if the report released Thursday is the culmination of that investigation.

Internal audits from the university, obtained by The Texas Tribune and other news outlets over the past few months, contain detailed allegations of bribery and other irregularities in the law school’s admissions.

Among them: that cashier’s checks and money orders totaling more than $13,400 were found stashed under an admission official’s desk calendar and that students with “character and fitness issues” or incomplete admissions files were attending orientation or classes at the law school.

One March report identified a scheme in which students not eligible for federal financial aid were awarded scholarships that left them with “substantial refunds.” At least six students were instructed by a former university official to remit funds — cash payments or part of the refunds — to him in exchange for enrollment, financial aid or both, the report says.

The official, the law school’s assistant dean of admissions and financial aid, was fired in September.

A whistleblower letter and complaint filed with the Texas Higher Education Coordinating Board, both referenced in the March report, make broad accusations that scholarships were given to failing students to inflate enrollment numbers and that unqualified students were admitted.

That report said numerous agencies — including the Federal Bureau of Investigation, the Harris County district attorney’s office, the Department of Education and the Texas Rangers — had been briefed on the situation or undertaken investigations. But whether any investigations are actively ongoing is unclear.

Lane has categorically denied wrongdoing, calling the charges in the audit “unfounded allegations we’ve been dealing with for months.”

Lane is a candidate to be the next chancellor of Southern Illinois University in Carbondale, and its board of trustees is meeting May 29 to consider his appointment.

A news release from the Illinois school showcased Lane’s “strategic enrollment management plan,” noting it increased student enrollment 28% over three years. Representatives spoke with many people from Lane’s previous institutions and “took great care to do our due diligence,” the system president said.

Lane was president of Texas Southern University from 2016 until this February and before that served as an administrator in the Lone Star College System, Tyler Junior College and the University of Texas at Arlington.