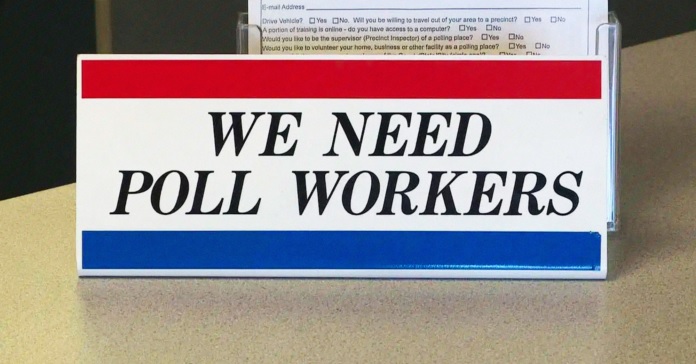 Historically, elections have been staffed by older retirees, a demographic that is particularly vulnerable to the coronavirus. A lack of people willing to work because of the pandemic caused some Texas counties to close down polling locations during the July primary runoffs. And some officials are concerned that could happen again this fall.

Poll workers do far more than just check IDs and assist with voter equipment. They work long hours setting up polling stations and securing them after closing each night. Bilingual election clerks serve as translators for voters who need assistance. Election clerks also drive materials to and from polling locations; process ballots, equipment and paperwork; and answer questions voters might have.

Counties are also trying to provide more ways for voters to drop off mail-in ballots. For this election, absentee voters can drop off their ballots in person at their county elections offices as soon as they’re completed. And many counties are opening drive-thru ballot drop-offs. For both options, voters should be prepared to show their IDs.

Harris County is planning to hire workers for more than 800 voting centers. Additionally, there are job openings available three weeks prior to the election for the early voting period, Oct. 13-30.