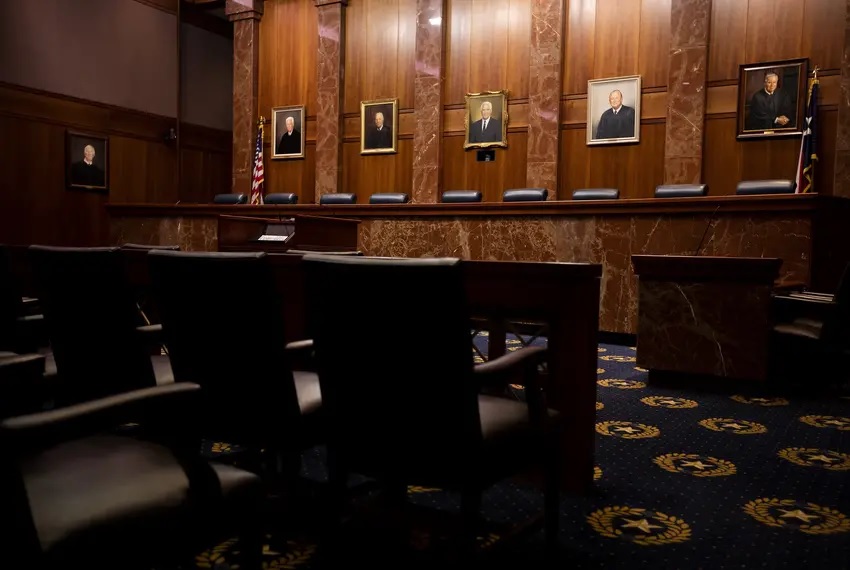 The Texas Supreme Court has once again blocked Harris County from sending mail-in ballot applications to all its 2.4 million registered voters ahead of the November election.

In a Tuesday order, the Supreme Court granted the Texas attorney general’s request to halt the county’s effort just before a separate order blocking the mailing was set to expire. The all-Republican court told Harris County to hold off on sending any unsolicited applications for mail-in ballots “until further order” and while the case makes its way through the appeals process.

A state district judge had ruled Friday that the county could move forward with its plan, shooting down the state’s claim that Harris County Clerk Chris Hollins was acting outside of his authority by sending out the applications. Texas Attorney General Ken Paxton, whose office claimed in court that the mailing of the applications would confuse voters, quickly appealed that ruling to the state’s 14th Court of Appeals. Paxton kicked the request up to the Supreme Court after the appeals court declined his request to block the lower court’s ruling and instead set an expedited schedule to consider the appeal.

The Supreme Court had previously blocked the county from mailing out ballots in line with an agreement between Harris County and the AG’s office to pause the mailings until five days after a ruling from the state district judge. That agreement was set to expire Thursday.

In a statement Tuesday, Paxton celebrated the Supreme Court’s order and reiterated his claim that Hollins “knowingly chose to violate Texas election law and undermine election security” — an argument the state district court rejected. On Twitter, Hollins said his was ready to send the applications and accompanying guidance on who qualifies to vote by mail “at the conclusion of this baseless litigation.”

Harris County has faced intense criticism from Texas Republicans since announcing it would mail out the applications to every registered voter, going well beyond its initiative from the July primary runoffs when it sent applications to every registered voter in the county who is 65 and older. Under Texas law, those voters automatically qualify for a ballot they can fill out at home and mail-in or drop off at their county elections office.

The legal squabble over who can receive an application for mail-in ballot is part of a broader clash over mail-in voting in Texas during the coronavirus pandemic. The state’s Republican leadership has fought off any form of expansion. Texas also allows voters to cast ballots by mail if they will be out of the county during the election period, confined in jail but otherwise eligible, or if they cite a disability, which the state defines as a physical condition or illness that makes a trip to the polls a risky endeavor.

While lack of immunity to the new coronavirus alone doesn’t qualify a voter for a mail-in ballot based on disability, a voter can consider it along with their medical history to decide if they meet the requirement.

“Fortunately, all vote-by-mail applications have already been delivered to Harris County voters aged 65 and above. My office is prepared to send applications and educational materials to remaining registered voters at the conclusion of this baseless litigation,” tweeted Harris County Clerk Chris Hollins.

Fortunately, all vote-by-mail applications have already been delivered to Harris County voters aged 65 and above. My office is prepared to send applications and educational materials to remaining registered voters at the conclusion of this baseless litigation. https://t.co/nxUdVso9ZI

The order in the Harris County case was the second issued by the Supreme Court on Tuesday that affects mail-in voting procedures. The state’s top civil court also ordered the state to add three Green Party candidates back to the ballot after a judge previously ruled them ineligible. That decision will lead to a scramble at county elections offices, which must update their overseas and military ballots by the Saturday mailing deadline and send new corrected ballots to replace any that had already been mailed.