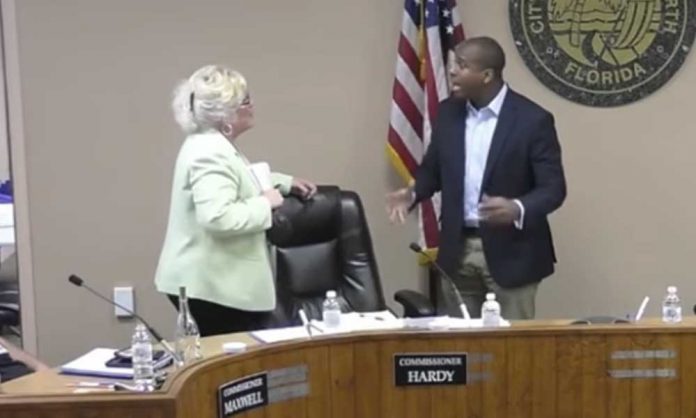 A heated exchange between a member of the Lake Worth Beach, Florida, city council and city Mayor Pam Triolo went viral after the councilmember accused the mayor of operating a “banana republic” in response to her handling of the coronavirus pandemic.

Commissioner Omari Hardy also slammed the Lake Worth Beach city manager Michael Bornstein who admitted to turning off electricity for 50 customers on Tuesday before the city enacted a moratorium on utility shut-offs. Some states, like Maine, have ordered the suspension of utility disconnections as people nationwide lose their jobs as a result of COVID-19.

Hardy requested an emergency meeting earlier in the month, but was told to “calm down”

As The Palm Beach Post reported, Hardy had earlier in the month requested an emergency meeting of the city council to discuss the COVID-19 pandemic and in particular enacting a moratorium of utility shut-offs amid the crisis, though the mayor and the rest of council declined that request.

Bornstein said he appreciated Hardy’s “youthful exuberance” but said he needed to “calm down,” the Palm Beach Post reported. Bornstein said he talked to the other council members.  — including Triolo — and no one other than Hardy believed an emergency meeting about the pandemic to be necessary.

Hardy took issue with Triolo allowing Bornstein’s to make decisions for the city despite the fact she had not declared a state of emergency. Bornstein said he didn’t believe such a declaration was necessary, adding in past emergencies, like September 11, 2001, he was able to take control of the city without a city-wide state of emergency declaration, according to The Palm Beach Post.

“You call me disrespectful because I’ve interrupted people,” Hardy said to Triolo while gesturing toward Bornstein. “But this gentleman has turned off people’s lights in the middle of a global health pandemic. That’s what that gentleman did. And you think I’m disrespectful.”

Hardy criticized Bornstein and Triolo over their inaction and said they could have closed beaches, limited crowd sizes, or earlier halted public utility shut-offs. State leaders in Florida have faced pressure to close state beaches as photos and videos of crowded beaches continue to appear on social media as other states take efforts to enforce social distancing practices.

When tensions continued to rise, Triolo called the meeting to recess.

“Also not within your power,” Hardy retorted. “You came up with new rules at the beginning of the meeting and then you didn’t even want to follow the rules you came up with. This is a banana republic is what you’re turning this place into with your so-called leadership.”

“Did you get a camera on that,” the mayor responded, seeming to imply that Hardy’s anger was a publicity student as part of his campaign for the Florida House of Representatives. Hardy announced his campaign last year and will leave the Lake Worth Beach city council in November.

“We cut people’s utilities this week and made them pay — with what could have been their last check — to turn their lights off in a global health pandemic. But you don’t care about that! You didn’t want to meet,” Hardy said.

Hardy’s passionate response has been well-received on social media

“Idk who Omari Hardy is, but make him president,” one person wrote.

“Omari Hardy For President,” another said. “That lady couldn’t handle all that truth in her face.”

“Thank you for your voice,” another wrote in a tweet to Hardy. “You don’t need to calm down. Those in power always say we need to calm down in an attempt to undermine our message. We need to be loud, angry and fight for what is right. I look forward to your future fighting for us.”

Hardy, who told the Palm Beach Post he regretted the “back and forth” with the mayor said in a post on Facebook he was “overwhelmed and humbled by the support and encouragement” he received following the viral exchange.

“But it was not about me,” he said. “It was about the people in our city who are struggling, whose futures are uncertain, whose finances are unstable, who may be wondering if they will be able to work and earn a paycheck during this pandemic, and who came home on Tuesday or Wednesday to find the lights off, or the water off, at a time when water and lights couldn’t be more important. It was about them. It is still about them.

According to The Palm Beach Post, Bornstein had to be escorted out of the meeting room by city staff. 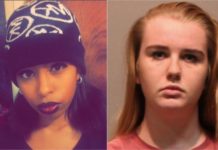 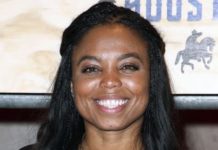 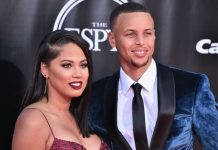 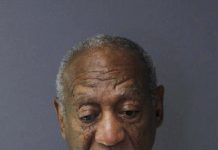