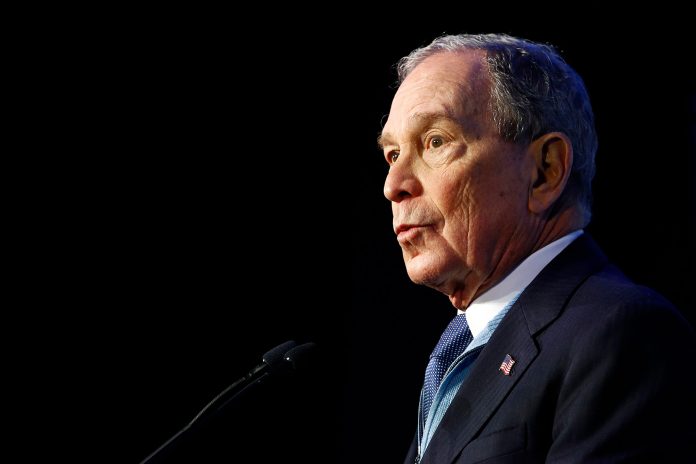 Michael Bloomberg, after building the most expensive primary campaign team in history, flew back home to New York Tuesday night surely questioning his return on investment.

His formal entry into the Democratic presidential race did not go remotely like Bloomberg had planned — or deliver what he had paid for. After spending months touting his ability to win on Super Tuesday, Bloomberg turned in such a dismal performance that he and his top campaign advisers admitted that he would be reassessing his path forward on Wednesday.

A grim reality has set in around Bloomberg’s New York headquarters: Former Vice President Joe Biden is overwhelming him in one state after another, despite spending virtually nothing compared to Bloomberg’s millions.

“This isn’t going as planned,” one adviser said bluntly.

That mood is compounded by a sense of fear sweeping through Bloomberg’s operation that the New York mayor’s well-funded, sprawling operation could complicate Biden’s extraordinarily swift consolidation of the moderate wing of the party, and eventually help Vermont Sen. Bernie Sanders, the candidate he set out to stop.

“No,” a top Democrat close to the campaign told CNN. “He does not want to help Sanders become the nominee.”

Bloomberg’s campaign looked to mask the poor showing with an opulent, electric event here in West Palm Beach, where supporters were given free t-shirts, a smorgasbord of food and all the wine and beer they could drink. Fans of the former mayor danced and sang to beats mixed by a local DJ as a smoke machine set the mood.

But, when it came time for Bloomberg to speak, it took mere minutes for him to diminish the importance of Super Tuesday, a series of contests that his team spent months building toward.

“As the results come in, here is what is clear,” Bloomberg said. “No matter how delegates we win tonight, we have done something no one else thought was possible.”

He added: “In just three months, we have gone from 1% in the polls to be a contender for the Democratic nomination for president.”

Kevin Sheekey, Bloomberg’s campaign manager, put a finer point on it shortly after the speech: “Tonight, only one-third of delegates will be allotted.”

That spin stands in stark contrast to what Bloomberg’s campaign was saying about Super Tuesday not long ago — a sign that the former mayor’s calculation was forced to change by his poor performance.

The bad night started early, when CNN and other outlets called the race in Virginia for Biden.

Bloomberg’s campaign, before Biden’s South Carolina win, saw Virginia as a place that they were competitive in, an aide said. They had a sizable team on the ground, had spent nearly $18 million on TV and digital ads in Virginia and Bloomberg had considerable goodwill in the state after he spent millions to help flip the commonwealth’s legislative bodies in 2018.

But that calculus changed after Biden’s runaway win in South Carolina. The aide said that is when they began to see the tide turn in the state.

But even the Bloomberg team was surprised by the result: The former New York mayor wasn’t even viable in the Old Dominion.

While Virginia was a disappointment, Bloomberg’s struggles in North Carolina sent a far more ominous shiver through the former mayor’s campaign headquarters.

Not only did Bloomberg spend more than $17 million in North Carolina on television advertising, the campaign built a robust field organization in Raleigh, Greensboro, Winston-Salem and beyond, which was designed to turn out the early vote and believed that it’s concentration of college-educated voters would make the state a marquee place for Bloomberg to plant his flag on Tuesday.

That didn’t happen and Bloomberg, by the end of the night, was struggling to reach the 15% viability threshold in the state, casting a sense of gloom over Bloomberg advisers.

The wheels first started coming off Bloomberg’s campaign weeks ago, when he turned in a dreary debate performance where he was unable to either effectively land an attack or defend himself from scores of barbs.

Those problems compounded over the last 72 hours, when the rise of Biden following his win in South Carolina reshaped the race and undercut Bloomberg’s rationale that he had to get into the race because the former Vice President was not someone Democrats wanted to get behind.

That coalescing — along with his poor performance on Tuesday — has now forced Bloomberg to confront the reality that his financial gamble not only hasn’t paid off but has aided Sanders.

Even as votes are still being counted in California — and delegates remain to be awarded — Bloomberg is poised to study his path forward on Wednesday. He’s trying to determine if he even has one.