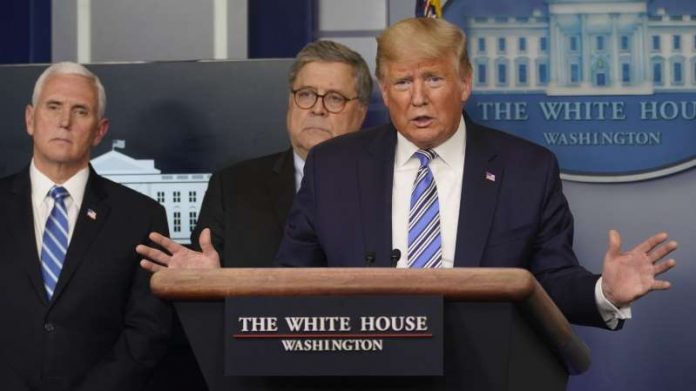 As the United States entered Week 2 of trying to contain the spread of the coronavirus by shuttering large swaths of the economy, President Trump, Wall Street executives and many conservative economists began questioning whether the government had gone too far and should instead lift restrictions that are already inflicting deep pain on workers and businesses.

Consensus continues to grow among government leaders and health officials that the best way to defeat the virus is to order nonessential businesses to close and residents to confine themselves at home. Britain, after initially resisting such measures, essentially locked down its economy on Monday, as did the governors of Virginia, Michigan and Oregon. More than 100 million Americans will soon be subject to stay-at-home orders.

Relaxing those restrictions could significantly increase the death toll from the virus, public health officials warn. Many economists say there is no positive trade-off — resuming normal activity prematurely would only strain hospitals and result in even more deaths, while exacerbating a recession that has most likely already arrived.

The economic shutdown is causing damage that is only beginning to appear in official data. Morgan Stanley researchers said on Monday that they now expected the economy to shrink by an annualized rate of 30 percent in the second quarter of this year, and the unemployment rate to jump to nearly 13 percent. Both would be records, in modern economic statistics.

Officials have said the federal government’s initial 15-day period for social distancing is vital to slowing the spread of the virus, which has already infected more than 40,000 people in the United States. But Mr. Trump and a chorus of conservative voices have begun to suggest that the shock to the economy could hurt the country more than deaths from the virus.

On Monday, Mr. Trump said his administration would reassess whether to keep the economy shuttered after the initial 15-day period ends next Monday, saying it could extend another week and that certain parts of the country could reopen sooner than others, depending on the extent of infections.

“Our country wasn’t built to be shut down,” Mr. Trump said during a briefing at the White House. “America will, again, and soon, be open for business. Very soon. A lot sooner than three or four months that somebody was suggesting. Lot sooner. We cannot let the cure be worse than the problem itself.”

Similar views are emanating from parts of corporate America, where companies are struggling with a shutdown that has emptied hotels, airplanes, malls and restaurants and sent the stock market tumbling so fast that automatic circuit breakers to halt trading have been tripped repeatedly. Stocks have collapsed about 34 percent since the coronavirus spread globally — the steepest plunge in decades — erasing three years of gains under Mr. Trump.

Lloyd Blankfein, the former chief executive of Goldman Sachs, wrote on Twitter that “crushing the economy” had downsides and suggested that “within a very few weeks let those with a lower risk to the disease return to work.”

Even Gov. Andrew M. Cuomo of New York, whose state has emerged as the epicenter of the outbreak in the United States, has begun publicly floating the notion that, at some point, states will need to restart economic activity and debating how that should unfold.

“You can’t stop the economy forever,” Mr. Cuomo said in a news conference on Monday. “So we have to start to think about does everyone stay out of work? Should young people go back to work sooner? Can we test for those who had the virus, resolved, and are now immune and can they start to go back to work?”

Any push to loosen the new limits on commerce and movement would contradict the consensus advice of public health officials, risking a surge in infections and deaths from the virus. Many economists warn that abruptly reopening the economy could backfire, overwhelming an already stressed health care system, sowing uncertainty among consumers, and ultimately dealing deeper, longer-lasting damage to growth.

The recent rise of cases in Hong Kong, after there had been an easing of the spread of the virus, is something of an object lesson about how ending strict measures too soon can have dangerous consequences. Yet places like China, which took the idea of lockdown to the extreme, have managed to flatten the curve.

“You can’t call off the best weapon we have, which is social isolation, even out of economic desperation, unless you’re willing to be responsible for a mountain of deaths,” said Arthur Caplan, a professor of bioethics at NYU Langone Medical Center. “Thirty days makes more sense than 15 days. Can’t we try to put people’s lives first for at least a month?”

For the last four days, some White House officials, including those working for Vice President Mike Pence, who leads the coronavirus task force, have been raising questions about when the government should start easing restrictions.

Among the options being discussed are narrowing restrictions on economic activity to target specific age groups or locations, as well as increasing the numbers of people who can be together in groups, said one official, who cautioned that the discussions were preliminary.

Health officials inside the administration have mostly opposed that idea, including Dr. Anthony S. Fauci, an infectious diseases expert and a member of the White House coronavirus task force, who has said in interviews that he believes it will be “at least” several more weeks until people can start going about their lives in a more normal fashion. 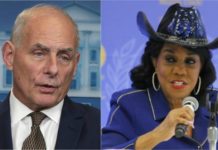 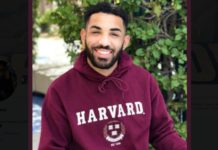 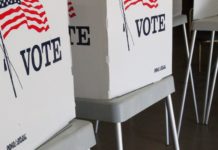 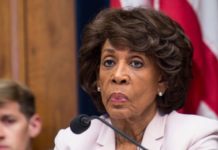 Maxine Waters: ‘Trump is coming for me’