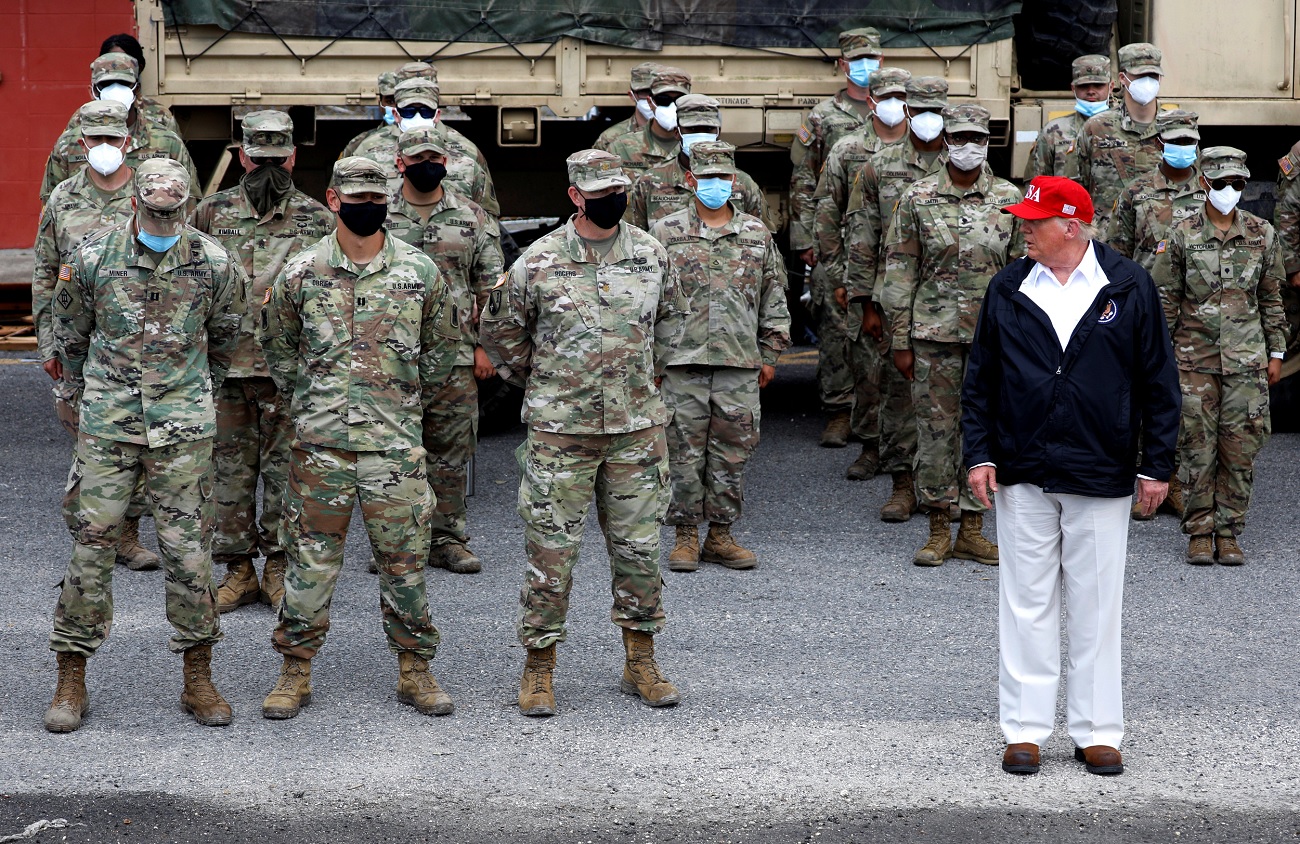 President Donald Trump allegedly called fallen U.S. soldiers buried in an American cemetery near Paris, “losers,” and opted not to visit the cemetery because the rain would mess up his hair, according to The Atlantic.

Trump vehemently denied the accusations surrounding his 2018 trip to France last Thursday, and again on Sunday, according to Reuters.

Instead of visiting the graves of the fallen U.S. soldiers, Trump reportedly used his free time to remove artwork from the U.S. ambassador’s residence and sent it back to the White House, according to Bloomberg.

Democratic nominee and former Vice President Joe Biden called the president “a disgrace,” if the rumors are true. Biden said he believes they are based given the President’s past actions.

In 2015, during his presidential campaign, Trump said, in reference to John McCain, “I like people who weren’t captured.” He concluded his statement by saying, “I don’t like losers.”

I was never a big fan of John McCain, disagreed with him on many things including ridiculous endless wars and the lack of success he had in dealing with the VA and our great Vets, but the lowering of our Nations American Flags, and the first class funeral he was given by our….

….John a loser and swear on whatever, or whoever, I was asked to swear on, that I never called our great fallen soldiers anything other than HEROES. This is more made up Fake News given by disgusting & jealous failures in a disgraceful attempt to influence the 2020 Election!

On Thursday, Trump denied calling McCain a “loser,” even though his Twitter account proves otherwise, according to Business Insider.

Trump has since blamed the media and Democrats for the newfound attention being brought to his words, tweeting: “They will say anything, like their recent lies about me and the Military, and hope that it sticks… But #MAGA gets it!”

Four unnamed senior staffers told The Atlantic Trump said: “Why should I go to that cemetery? It’s filled with losers.” The staffers also claimed he called the fallen Marines “suckers” for getting killed.

On the same trip, Trump reportedly questioned “Who were the good guys in this war?” saying he did not understand the U.S. decision to fight with the Allies. The Allies fought against Nazis and the Axis Power.

But Trump did describe McCain as a loser, citing his capture by enemy forces.

“I like people who weren’t captured,” Trump said at an Iowa summit during his presidential campaign in 2015, adding, “I don’t like losers.”

On July 18, 2015, Trump also tweeted a link to a political blog that quoted him at the same event.

“Via @fitsnews: ‘Donald Trump: John McCain is ‘A Loser,'” Trump said in a tweet with a link to the blog.

Via @fitsnews: “Donald Trump: John McCain Is ‘A Loser’” http://t.co/sgiETvdUqi

Following The Atlantic’s report, The Washington Post also reported that Trump frequently disparaged veterans and troops missing in action, also calling them “losers.” Citing a former senior administration official, The Post reported that Trump told senior advisers he didn’t understand why the military so valued finding missing troops. He said if they were captured, they deserved what they got, one source told The Post.

The Griot contributed to this story.