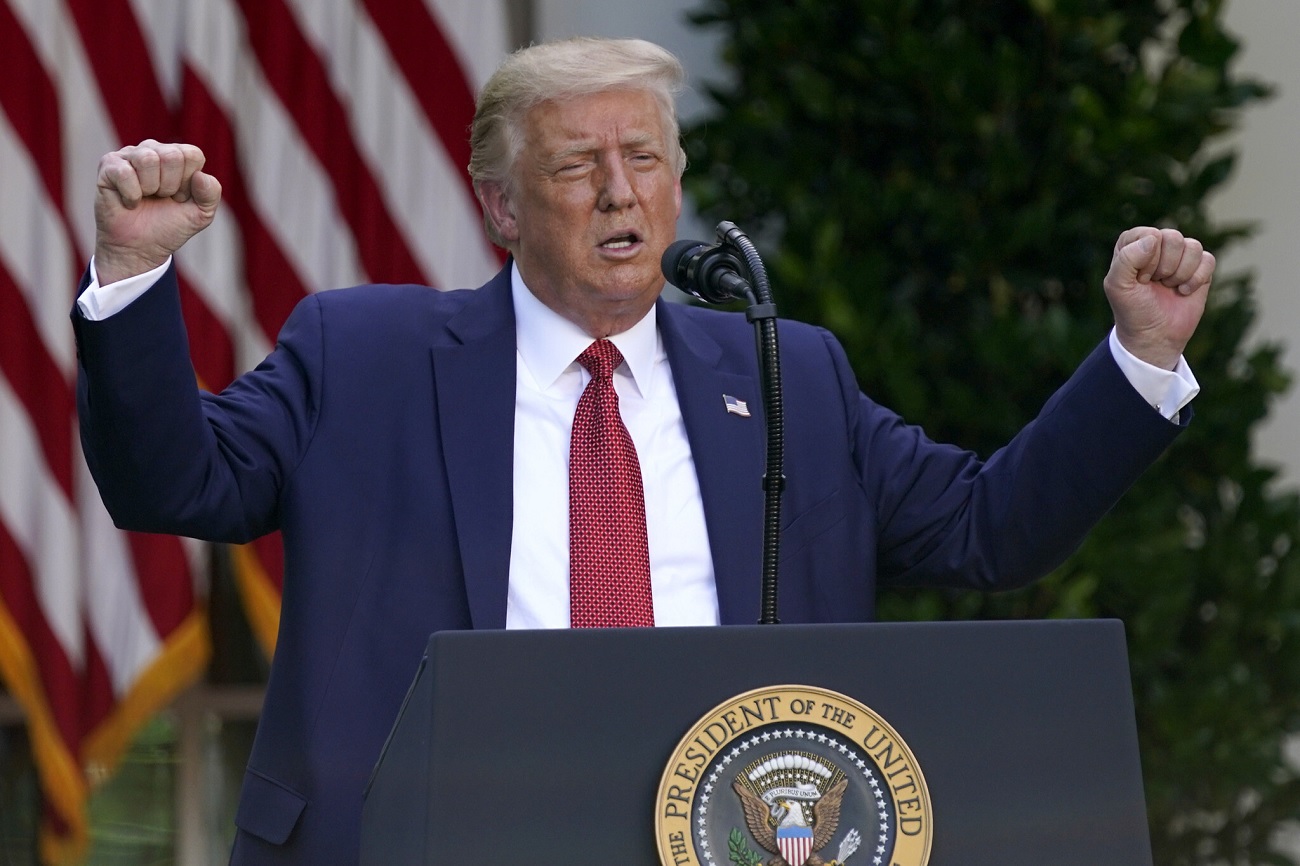 President Donald Trump claimed Tuesday that “more white people” die at the hands of police, despite studies that show Black people are more likely to be killed by law enforcement.

In an interview at the White House, CBS News’ Catherine Herridge brought up George Floyd, a Black man who died pleading for breath earlier this year as a Minneapolis police officer knelt on his neck.

“Why are African Americans still dying at the hands of law enforcement in this country?” Herridge asked.

His comments come after weeks of protests against racism and police brutality in the wake of Floyd’s death. Minneapolis police officer Derek Chauvin, who pressed his knee against Floyd’s neck for nearly nine minutes, is charged with second-degree murder and manslaughter.

President Trump tells @CBS_Herridge that “more White people” are dying at the hands of police than Black people. Watch excerpts on CBSN, more tonight on @CBSEveningNews and tomorrow on @CBSThisMorning https://t.co/NeBLT0LG0p pic.twitter.com/XIwyARJBBl

Black people are killed in police encounters at higher rates than white people, multiple studies have confirmed. Black men are 2.5 times more likely to be killed by police than white men, according to a University of Michigan, Rutgers University and Washington University study released last year. The study found that about 100 Black men and boys per 100,000, and 39 white men and boys per 100,000, are killed by police during their lifetimes.

A Harvard analysis of deaths by police from 2013-2017 and published last month found Black men are more than three times more likely than white men to be killed by police.

Trump’s assertion that “more white people” are killed by police than Black people is true only when the proportion of those killed to the overall population of white and Black people in the country is not taken into account.

During the interview, Trump also defended displays of the Confederate flag as “freedom of speech.” Protesters and public officials across the country are calling for the removal of Confederate symbols like statues of Confederate leaders in public places.

NASCAR recently banned the display of the Confederate flag at its events, a move that Trump has criticized. Trump has also said he is opposed to renaming military bases that are named for Confederate military leaders, a stance that some Republicans who are typically in close step with him opposed. GOP Sen. Chuck Grassley said the Senate would “probably override” a Trump veto of a plan to rename bases, should a veto occur.

House Speaker Nancy Pelosi asked for the removal of a statues including Vice President of the Confederacy Alexander Stephens at the Capitol, quoting racist passages from a speech laying out the ideals of the Confederacy and defending slavery.

Trump told Herridge that people who love the Confederate flag are “not thinking about slavery,” citing NASCAR fans who displayed the flag before its ban at events as an example.

Asked if he would be comfortable with his supporters displaying the flag at political events, Trump said “it depends on what your definition is. But I am comfortable with freedom of speech.”