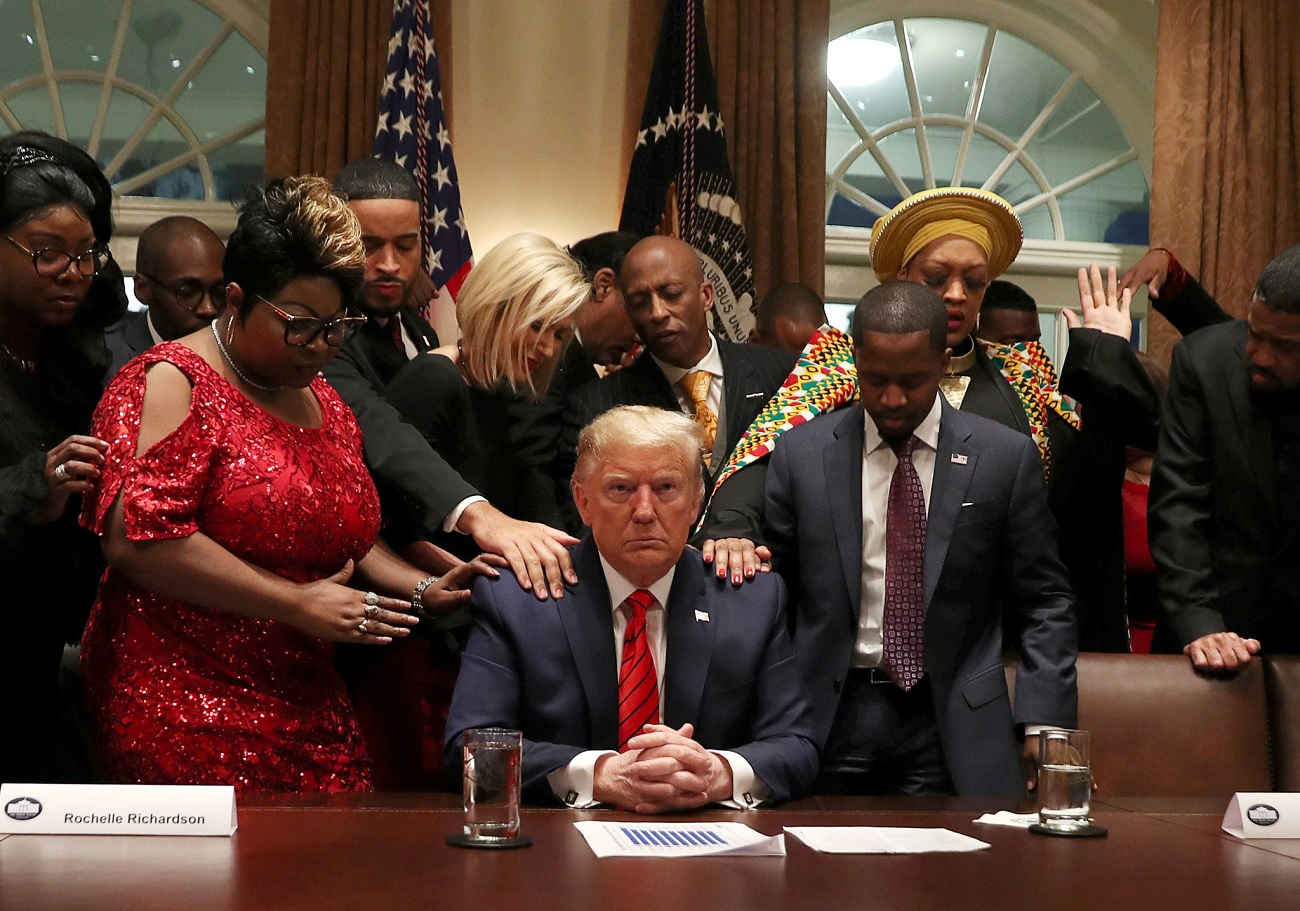 President Trump on Friday unveiled his so-called “Platinum Plan” at an event in Atlanta, which is aimed at investing $500 billion in Black communities.

Trump did not disclose how the plan would be funded but that it would boost lending to Black-owned businesses, reduce taxes, and also include education, healthcare, and criminal justice reforms. He also said the plan would make Juneteenth, a holiday celebrated by Black Americans that marks the end of slavery in the U.S., a national holiday.

He said that the plan would focus on the prosecution of the Ku Klux Klan and antifa as well as designating the groups as terrorist organizations, and make lynching a national hate crime.

“When I ran for president four years ago, I looked at the shameful record of the Democrat party, and asked black Americans, ‘What the hell do you have to lose?’” Trump told the crowd. “I want to share what you have to gain from voting Republican on November 3rd – the biggest election of our lives. For decades, Democrat politicians like Joe Biden have taken Black voters for granted.”

In Georgia, a reliably red state, Trump and former vice president Joe Biden are near-deadlocked, according to recent polling. A New York Times/Siena poll shows both men at 45 percent and a Monmouth poll shows Trump at 4 percent and Biden at 46 percent among all registered voters.

Trump has also struggled among Black voters, who favor Biden over Trump by an 80 percent-to-6 percent margin in a July NBC News/Wall Street Journal poll.

Trump has long made overtures to the Black community as a candidate and as president but has a dearth of Black senior staff members in his administration.

Much of his plan has already been introduced as legislation or contradicted by his own officials.

Sen. Kamala Harris, D-Calif., who is Biden’s running mate, has introduced legislation to make Juneteenth a national holiday, as well as other lawmakers from both sides. Harris’ legislation to make lynching a federal hate crime has also been repeatedly stalled by Sen. Rand Paul, R-Ky., a staunch supporter of the president.

FBI Director Christopher Wray told lawmakers earlier this month that antifa — short for “anti-fascists” — is an ideology, not an organization, which put him at odds with Trump, who has repeatedly said he would designate it a terror group. Also, following the murder of George Floyd, millions signed petitions to name the KKK a domestic terrorist group, but the plan has yet to bear fruit.

“In 2016, President Trump asked Black Americans ‘What the hell do you have to lose?’ The answer was everything,” Biden’s campaign said in a statement on Saturday. “President Trump has been in office for nearly 4 years and the results have been devastating for Black Americans. Trump lied about the danger of COVID-19 and failed to contain the virus and tens of thousands of Black Americans have lost their lives.”

“Now with 39 days to the election, Trump is making more empty promises,” the statement said. “Black voters won’t fall for it.”