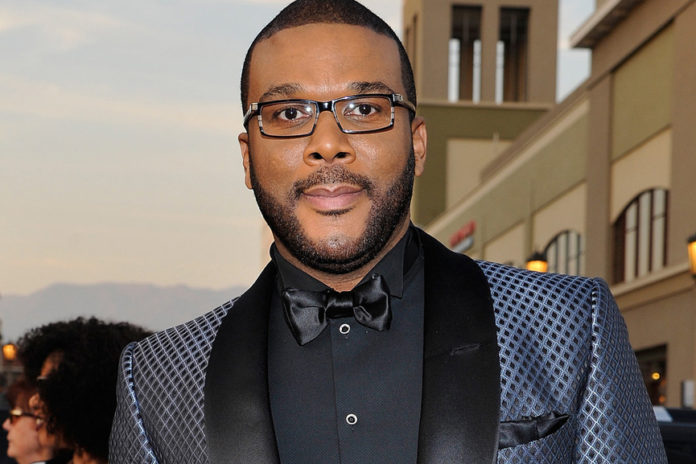 Tyler Perry reportedly is making sure the family of Rayshard Brooks won’t have to worry about funeral expenses.

The media mogul offered to pay the funeral costs for Brooks, a Black man who was shot and killed by a white police officer in Atlanta on June 12. Brooks was 27 years old.

The Brooks family attorney, L. Chris Stewart, relayed the news of the generous offer in a news conference on Monday and said he spoke with Tyler.

“We do want to acknowledge and thank Tyler Perry, who we spoke with and who will be taking care of the funeral for the family,” Stewart said. “It’s support like that and it’s people who are actually in this community, that love the community, that want healing and [want] families like this to never have to go through something like this. It’s a step forward. We want to thank him for such a generous move.”

“[Perry] spoke to Rayshard’s family and wanted to do something to help,” said a People source. “His heart goes out to the family during this tragic time.”

The family also has set up a GoFundMe drive, which has raised nearly $140,000 as of this writing.

APD officers Garrett Rolfe and Devin Brosnan arrived at a Wendy’s restaurant on University Avenue in southwest Atlanta last Friday after receiving a complaint that a man was sleeping in his car in the drive-thru lane and blocking other vehicles. That man was Brooks.

An officer’s bodycam recording shows that Brooks agreed to take a sobriety test, which he reportedly failed. A police dash cam shows that officers tried to arrest him and a struggle ensued, making one of the officers reach for his stun gun.

Brooks was able to secure that weapon and ran away, which began a foot chase. He then pointed the stun gun at officers and was shot by Rolfe. Brooks was later pronounced dead in a local hospital.

It was announced on the following day that Atlanta Police Chief Erika Shields resigned. Rolfe was fired less than 24 hours after the shooting, and Brosnan was put on administrative duty.

As protests began Saturday, June 13, at the Wendy’s where the struggle occurred, the restaurant was set ablaze that night, burning it to the ground.

People’s outrage comes amid ongoing protests over the death of George Floyd, which have been taking place in Atlanta and across the United States for several weeks. Floyd was a Black man who died in the custody of a Minneapolis police officer on Memorial Day.

Brooks’ death has been ruled a homicide, and Fulton County District Attorney Paul Howard is now deciding whether Rolfe will be charged.

Besides his children, Brooks is survived by his wife Tomika Miller.