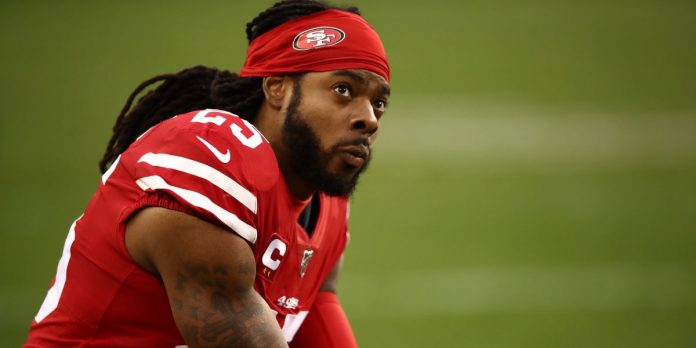 Either the Kansas City Chiefs or San Francisco 49ers will be invited by Donald Trump to visit the White House depending on who wins. That said, an invitation, especially from this presidential administration, doesn’t guarantee the full championship team will show up.

That includes Richard Sherman, who is already declaring before the Super Bowl has even been played, that he’s not planning on a victory trip to 1600 Pennsylvania Ave.

The San Francisco 49ers cornerback and Pro Bowler was asked on Thursday (January 23) if he’d go with his team to Washington D.C. after a potential Super Bowl win.

“I haven’t thought about it,” Sherman told the San Francisco Chronicle. “We’ve got a long way between now and then, but I doubt it.”