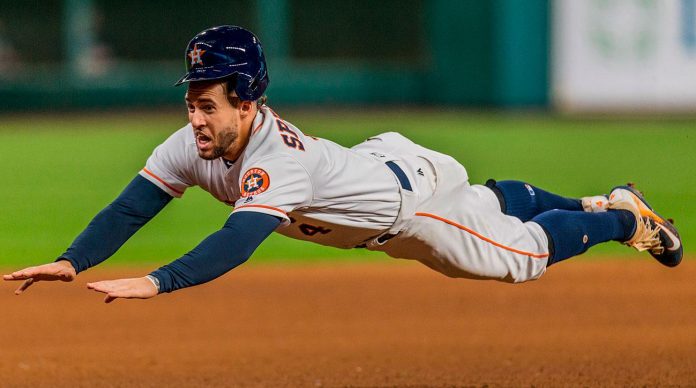 With slightly over a week remaining in the regular season, the reigning world champion Houston Astros are angling toward the playoffs and an opportunity to defend their title. This time a year ago again the team had the best record in the AL and thought they could make it to the World Series. This year the team knows exactly what it takes and is eagerly awaiting the opportunity.

The Astros have been pushed more by the competition in the AL West this season. The second-place Oakland A’s and the third-place Seattle Mariners have enjoyed success in the second half of the season and have keep the Astros on their toes.

The Astros recently took two out of three games from NL West contender Arizona in what can be termed a healthy tuneup for the playoffs.

“This was a really good series for us to dial it in against a really good team,” said manager A.J. Hinch. “I know they’ve scuffled lately, but they’ve been in the mix the entire year. We needed to play well to win the series, and we did.”

Unlike last year, the Astros were hit hard by the injury bug this season. At one point during the second half of the season the Astros had AL MVP Jose Altuve and All-Stars Carlos Correa and George Springer on the disabled list.

During that critical point, a new star emerged on the scene and helped carry the team until the big three healed. All-Star third baseman Alex Bregman stepped into the spotlight and carried the team offensively.

“At the beginning of this year, I was taking pitches,” Bregman said. “I wasn’t really looking to do damage and only swinging in the strike zone. I was taking good pitches that I could do damage with, and then ending up walking. I wasn’t hitting enough line drives. When you hit line drives, good things happen.”

The signs are there that the bats are beginning to heat up. Springer has raised his batting average 20 points in the last week and a half. Altuve is rounding back into MVP form.  Marwin Gonzalez,Yuli Gurriel, Tyler White and Tony Kemp are contributing key hits in the clutch.

Nobody in MLB has a deeper, more talented starting pitching staff than the Astros. Justin Verlander, Dallas Keuchel,Charlie Mortonand Gerrit Coleare all battle tested. If that weren’t enough, curve ball master Lance McCullers is expected to be healthy in time for the playoffs.

“We’ve settled in nicely,” Hinch said. “September always makes you feel good that you have enough people, but both the guys we’ve had before and the guys we’ve added have given us as strong a bullpen as I’ve had while I’ve been the manager here.”

As the dog days of summer wane and the leaves begin to slowly turn brown, be of good cheer. The Astros are primed for the playoffs and ready to defend their title as world champions.