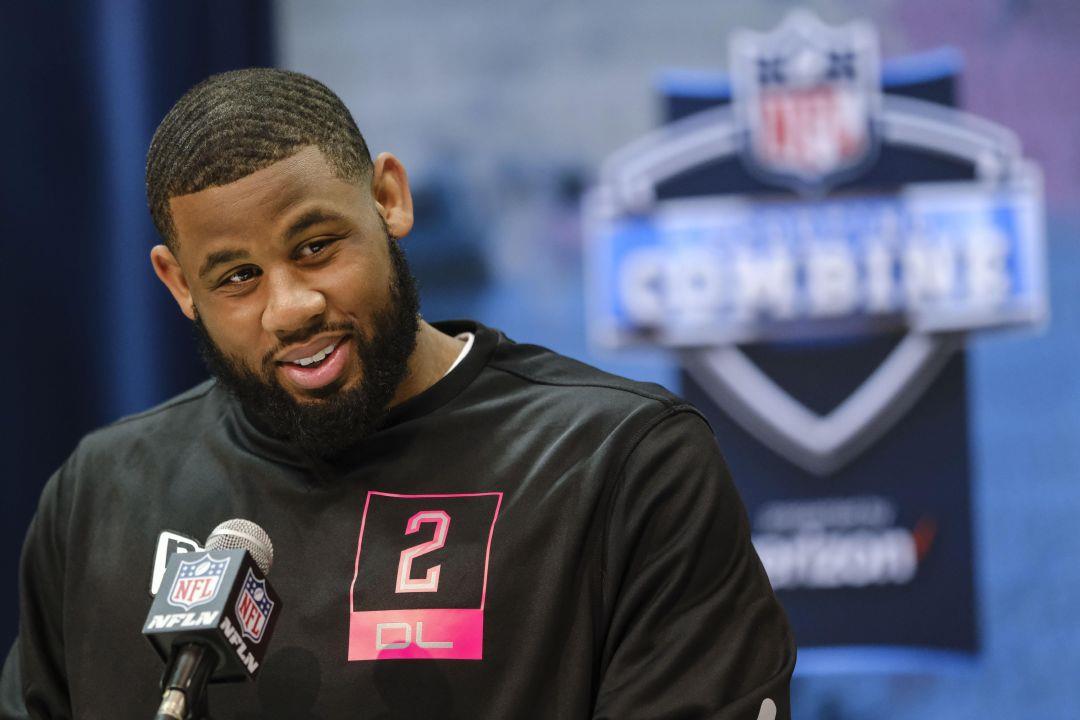 Like most college football players, Ross Blacklock dreamed of hearing his name called in the first round of last month’s NFL draft.

When that didn’t happen for the Elkins High School product, the next best thing did. The hometown Texans took the TCU standout defensive tackle with the eighth pick of the second round (40th overall).

It was a heck of a consolation prize when his phone rang and it was Texans coach/general manager Bill O’Brien on the end.

“It was crazy, just amazing emotions,” said Blacklock, who was surrounded by family at home when the call came. “We had a little feeling. I said right before they called, I said, ‘Houston is about to call,’ I just had that feeling and then I was talking to Bill O’Brien.”

Part of that feeling had to do with the up-close and personal connection Blacklock had developed with the Texans during the pre-draft process. Because of his proximity to the team, Blacklock got a chance to meet with the coaching staff and tour the Texans facilities pre-COVID-19 quarantining.

So unlike most of the players the Texans drafted there was a personal connection.

“It’s amazing how God works,” Blacklock said. “Like I said, I’ve never been around the Houston facility like that…It was amazing just to be there and now it’s going to be home so I’m going to be there quite often.”

His presence will definitely be welcome as Blacklock fills a critical need along the interior of the Texans defensive line. After losing D.J. Reader to free agency, the Texans had to find someone who could fill the void.

Blacklock, who is an explosive 6-foot-4 and 305 pounds, gives the Texans a dynamic defensive tackle who can rush the passer and stop the run. The former Freshman All American and All-Big 12 performer had nine tackles for loss and 3.5 sacks last season after recovering from a season-ending Achilles tendon injury in 2018.

“I bring physicality, I bring passion, I bring leadership, I bring just relentless effort,” Blacklock said. “My potential is through the roof just like anybody else’s would be, and I just want to be able to make sure I can reach that potential and more, and just keep growing and improving as the years go by.”