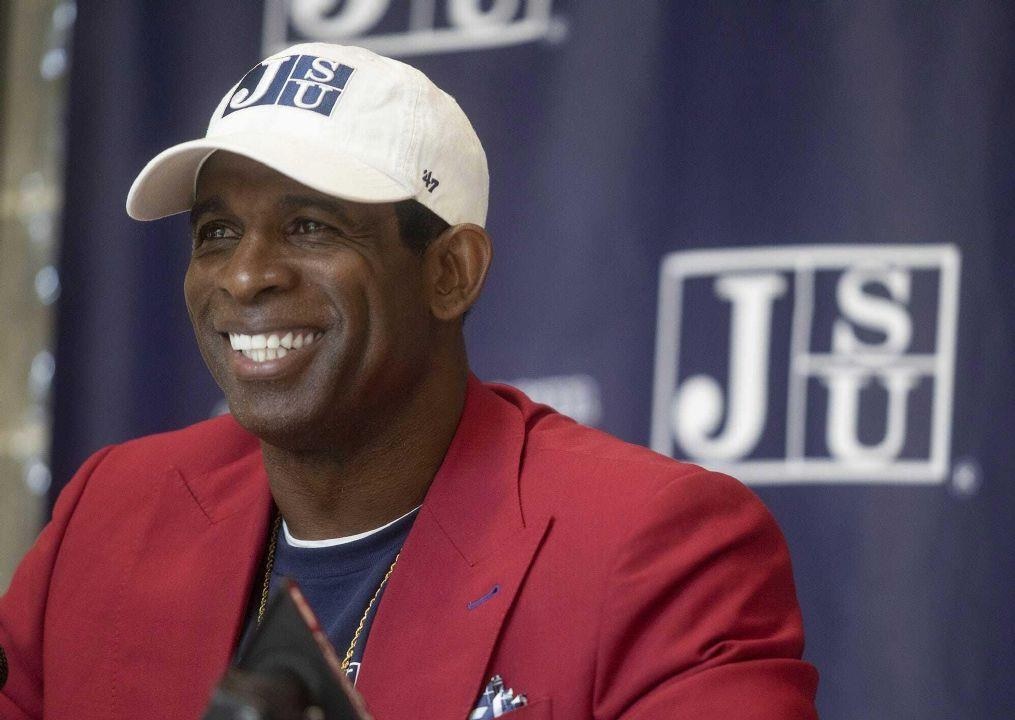 One of the worst kept secrets in Black college football became reality a couple of weeks ago when Deion “Primetime” Sanders rolled – literally –  into Jackson State as the Tigers new football coach.

Without signing a recruit or winning his first game, the Pro Football Hall of Famer and easily one of the most flamboyant personalities the NFL has known still became the face of the SWAC and Black College Football. But now the question is what kind of impact can Sanders have not just on the Tigers program, but on the SWAC, as well?

Super Bowl winning quarterback Doug Williams, who once upon a time made a similar walk when he returned to coach his alma mater, Grambling State, believes Sanders could be just the personality JSU and the SWAC need to return national attention back to Black college football.

“He wanted to coach and I think for him it’s a great opportunity to come and it’s certainly a great thing for Jackson State and the SWAC and Historically Black Colleges, to be honest with you,” said Williams, who did two coaching stints at Grambling, from 1998-2003 and 2011-2013.  “That impacts not only Jackson, but it impacts HBCUs.”

His presence since being introduced as the Tigers head coach has already been enormous. Sanders, who has quickly become known as Coach Prime, is turning the page in recruiting by going after five-star level recruits and there has been a steady line of fans buying season tickets five months before the Tigers open their season this spring.

“He wanted to coach and I think for him it’s a great opportunity to come and it’s certainly a great thing for Jackson State and the SWAC and Historically Black Colleges, to be honest with you,” said Doug Williams.

Sanders, a former first-round pick out of Florida State, starred with the Atlanta Falcons, San Francisco 49ers and Dallas Cowboys and was a two-time Super Bowl champion in a pro career that spanned from 1989-2005. He has since become best known to this current generation as a colorful and outspoken football analyst on television.

“We definitely believe Deion adds value to our conference as a coach and as a person,” said SWAC senior associate commissioner Jason Cable. “If you look at his social media following, it’s over a million, you look at the impact he could have financially, not only for the institution but for the community itself. So those things were very attractive. And from a conference perspective we feel like he definitely adds value, not to negate the fact that we do have nine other very creative and innovative coaches that have been in our league who are valuable as well.” 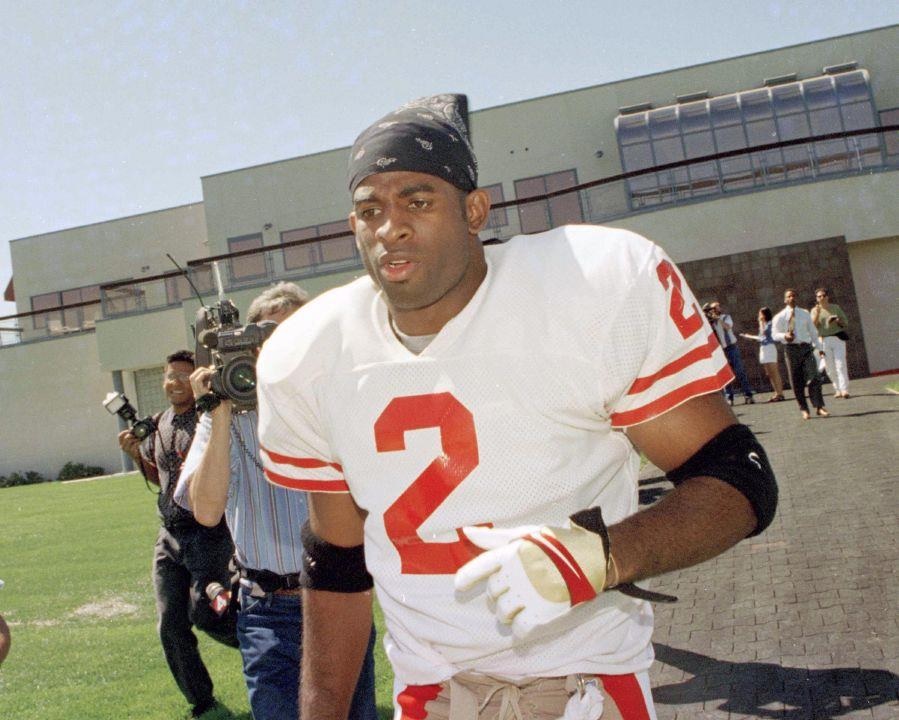 But none of the current SWAC coaches have the resume of Sanders, who is still known as the game’s best pure cornerback, or his national presence. Williams, the Super Bowl MVP and the first Black quarterback to start and win a Super Bowl, was the closest thing the SWAC has seen to an NFL star joining the ranks. But even Williams believes there is a next level distinction with Coach Prime.

“How many guys like a Deion Sanders come to an HBCU to coach?” Williams said in an exclusive interview with The Defender. “I went back to Grambling, but I went home. It wasn’t a big thing. If I had of went somewhere else it probably would have got more of an impact from a media standpoint than going to Grambling. So it’s two different dynamics.”

Sanders presence is already being felt. In addition to the fans standing in line for season tickets, there is already words of major upgrades to the sports facilities coming from friends of Sanders, who want to see him do well.

One of the first things Sanders also did once he was hired by Jackson State was make a bold offer to five-star defensive tackle recruit Maason Smith. To be clear, Football Championship Subdivision programs – especially HBCU schools — don’t land five-star recruits. But there is a belief that if anybody can it will be Sanders with mega personality, a strong coaching staff and his pro football pedigree.

Mississippi State has already seen a defection with freshman cornerback Javorrius Selmon announcing on Twitter that he is transferring to JSU.

“Not that it hadn’t been done (HBCU school’s recruiting top athletes), it just hadn’t been put out there,” Williams said. “Deion demands attention because he is going to go after the best guys. But that don’t mean he’s gone land them.

“But I do think he has the ability. If you listen to him at his press conference and how he presents himself and what he presents to the University and alumni, it’s going to be some young folks who are going to want to come play for him.

“When I heard Deion’s press conference, shoot, I was trying to find (the recruiting coordinator) to turn back the hands of time.”

Cable agrees. He also sees the trickle-down effect Sanders’ recruiting could have on the rest of the SWAC. 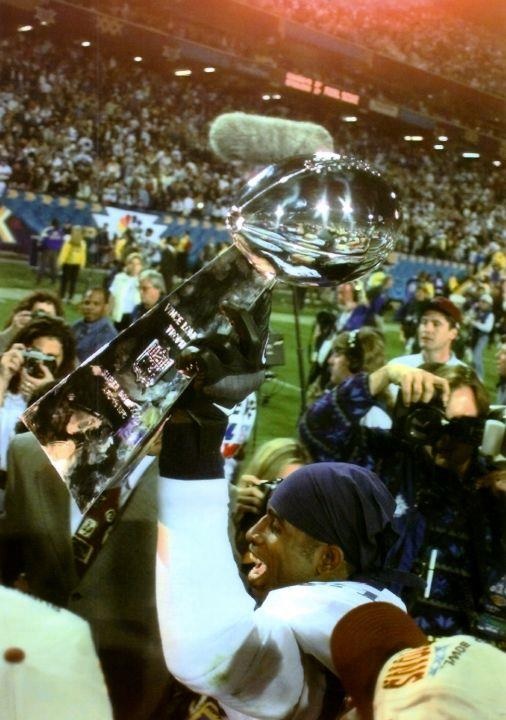 Sanders could also be coming to Jackson State at the right time with top high school talent now at least paying attention to HBCU programs and with a top college basketball recruit deciding to accept a scholarship to Howard over Kentucky recently. Football is a little bit different animal because of the numbers required to impact a program.

“What’s different is what has transpired in the last four to five months,” Williams said of the recent Black Lives Matter push. “That’s the impact of this whole thing. It’s hopefully waking up parents and young Black kids to know that you can get there from here. Think about all of the opportunities you have and you learn for yourself who you are when you go to a Historically Black College. At some of these other schools they don’t allow you to be yourself.

“I think what has transpired as opened the eyes of a lot of the younger Black boys and girls.”