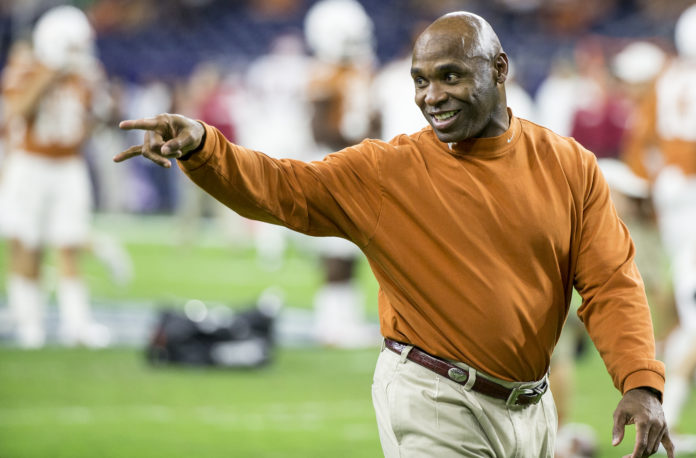 The Texas Longhorns’ old football coach has a new job. That’s good news for him, and it’s even better news for budget-conscious University of Texas at Austin.

The University of South Florida announced Sunday that Charlie Strong, who was fired by UT-Austin at the end of this season with two years left on his contract, will be the school’s new football coach. That means UT-Austin will hold on to some of the millions of dollars that it still owes him.

Strong’s deal guaranteed him more than $5 million per year even if he was no longer coach of the team. But there was a provision that allowed the Longhorns to lessen the financial blow: If Strong got a new job, the terms of his buyout at UT-Austin would be reduced by half of the amount of Strong’s salary at his new job. His future pay at USF has not been released, but if, say, he were to sign a deal worth $2 million per year with USF, UT-Austin would be able to cut half of that — $1 million a year — out of the more than $5 million it owes him each of the next two seasons.

Strong, meanwhile, would get to keep all of the money from USF. He’d be making $2 million a year from his new school and more than $4 million from his old one. In other words, he’d collect more money over the next two years than if he remained at UT-Austin.

Paying all that money to a coach who was 16-21 in three seasons at UT-Austin may raise the hackles of fans. But if anyone can afford to pay it, it’s the Longhorns. In the 2014-15 season, the football team only spent $25.8 million of the $120.7 million it generated. The remaining revenue went back to the university or helped pay for other sports teams.

The Longhorns’ new coach, Tom Herman, will make $5.25 million in his first season in Austin.