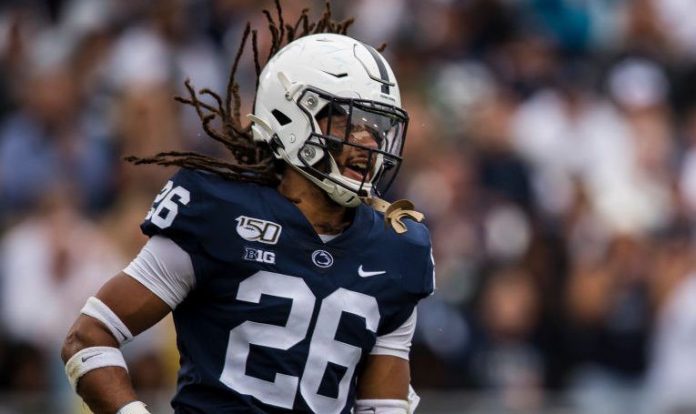 One Penn State University fan went out his way to send a letter to a star football player, calling his dreadlocks “disgusting” and “not attractive.” Now, Penn State has responded to the remarks.

According to NBC News, a letter from an alumnus was sent to a Nittany Lions player who wears dreadlocks. It was addressed “Dear Jonathan,” so it can be assumed that it was directed to Penn State safety Jonathan Sutherland. The letter was posted to social media by teammate Antonio Shelton on Monday night with the caption, “One of my teammates got this. Explain to me how this isn’t racist.”

The letter started off with the writer saying he and his wife are “older” graduates of Penn State and they follow many of the university’s sports. The author even shares that he used to be an athlete back in his day.

Then things get ridiculous. The author writes, “Though the athletes of today are certainly superior to those in my days, we miss the clean-cut young men and women from those days.”

“Watching the Idaho game on TV we couldn’t help but notice your – well – awful hair,” read the letter. “Surely there must be mirrors in the locker room! Don’t you have parents or girlfriend who’ve told you those shoulder length dreadlocks look disgusting and are certainly not attractive.”

Yes, this man spent precious time to type up this letter, lick the stamp and mail it off to Jonathan.

Many athletes and fans came to Sutherland’s defense. In a tweet, defensive tackle Aeneas Hawkins dubbed Sutherland a “blueprint” of the “highest standard in the classroom, community, and with his teammates on the field or off.” He continues, “This letter is intolerable, your discomfort is disgusting, and you don’t deserve to be ‘represented’ by a man with character as spectacular as #26.”

“While we don’t know the source of this letter or the authenticity, obviously its content does not align with our values. We strongly condemn this message or any message of intolerance.”

Athletic Director Sandy Barbour also wrote on Twitter, “I stand with our Penn State student athletes and appreciate how they represent PSU in competition, in the classroom and in the community. Their dress, tattoos, or hairstyle has no impact on my support, nor does their gender, skin color, sexuality or religion!”

Sutherland is a sophomore from Ottawa, Ontario. So far, the Nittany Lions have won their first five games of the season and they’re currently ranked No. 10 nationally in the latest Associated Press poll. Penn State’s next game is against Iowa, which ranks 17, on Saturday.