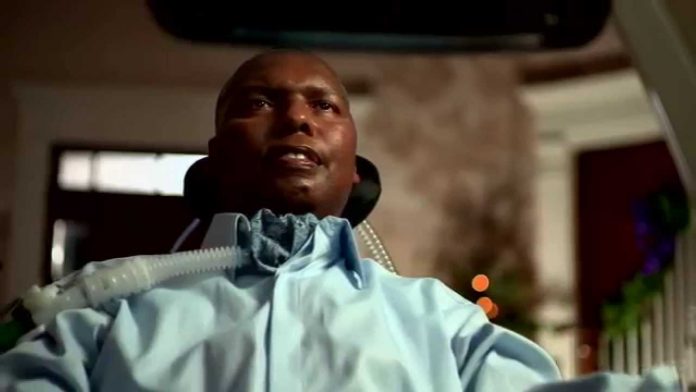 Rice University recently honored alum O.J. Brigance during its second annual Celebration of Courage Day to kick off ALS Awareness Month, which is held each May. Brigance, a 1992 Rice graduate, played football for the Owls. He played in the CFL and NFL and won a Super Bowl title with the Baltimore Ravens in 2000 (XXXV).

Brigance, a Willowridge High School graduate, was diagnosed with amyotrophic lateral sclerosis (ALS) in May 2007. He was initially given two to five years to live upon diagnosis. ALS is also known as Lou Gehrig’s disease. Gehrig, a star with the New York Yankees, brought international attention to the disease when he was diagnosed with ALS in 1939.

Despite not being able to walk, talk, move, breathe or eat on his own, Brigance impacts the lives of others daily as senior advisor to player engagement for the Ravens and as co-founder and board chairman of his nonprofit organization, the Brigance Brigade Foundation.

The foundation works to help families impacted by ALS, an expensive disease, through equipment donations, resource guidance and support services.

“I can think of no other word than ‘blessed’ to describe how it feels to have my hometown and my alma mater supporting me during ALS Awareness Month,” Brigance said.

“My time at Rice, and growing up in Houston, truly shaped the person I am today, and for that I am grateful. And now, as Rice battles ALS with the Brigance Brigade Foundation, we have even more reasons for gratitude.”

He and his wife Chanda started the Brigance Brigade Foundation in 2008 after enduring the financial and emotional stress of the disorder. Their mission is to empower families and improve the quality of life for people battling ALS. The organization has raised millions for ALS research and support.

The day at Rice included a 1.57 Mile Championship Walk, followed by the Celebration of Courage Reception. The reception’s special guests included Tyrone Willingham and Garland Boyette.

Willingham was a member of the Rice coaching staff that recruited Brigance in 1987. He also served as head coach at Notre Dame (2002-04) and the University of Washington (2005-08).

In addition, Rice awards the O.J. Brigance Courage Award annually to a Rice football player who best represents and demonstrates the combined qualities of teamwork, good character, work ethic, and courageous leadership, which were the hallmarks of Brigance’s career.

This year’s award winner is senior linebacker Emmanuel Ellerbee, who recently signed a free agent contract to play with the Buffalo Bills.

“My hope is that people would take away from today’s festivities a sense of empowerment,” Brigance said.

“The thing I want people to know about ALS is that although there is a loss of physical abilities, our minds remain sharp. We are still very capable of contributing to society with the assistance of recent technological advances. As with any life trial, if you have faith and a positive attitude, you can overcome any challenge.”