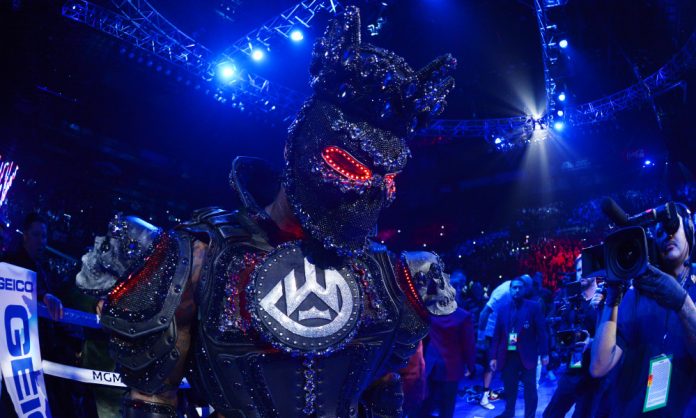 Tyson Fury defeated Deontay Wilder last Saturday night (Feb. 22, 2020) in a lopsided rout, scoring a seventh round technical knockout win over “Bronze Bomber” in Las Vegas, Nevada, to win the WBC and (vacant) The Ring Heavyweight titles. It was a convincing and fulfilling win for Fury, who fought to a split draw against Wilder in their first meeting back in 2018.

And while many were expecting Fury to next face off against current WBA (Super), IBF, WBO, and IBO Heavyweight champion, Anthony Joshua, it appears that fight fans will first get a trilogy match against Wilder instead. That’s according to Kevin Iole, who revealed that Wilder has triggered the rematch clause that was in their respective contracts prior to last Saturday’s fight.

Meanwhile, Wilder may have provided fight fans with one of the most bizarre excuses for losing a fight, claiming that his legs were weakened after walking down the aisle wearing an extravagant 45-pound costume.

“He didn’t hurt me at all, but the simple fact is … that my uniform was way too heavy for me,” Wilder said. “I didn’t have no legs from the beginning of the fight. In the third round, my legs were just shot all the way through. But I’m a warrior and people know that I’m a warrior. It could easily be told that I didn’t have legs or anything. A lot of people were telling me, ‘It looked like something was wrong with you.’ Something was, but when you’re in the ring, you have to bluff a lot of things. I tried my best to do so. I knew I didn’t have the legs because of my uniform.

“I was only able to put it on [for the first time] the night before, but I didn’t think it was going to be that heavy,” he added. “It weighed 40, 40-some pounds with the helmet and all the batteries. I wanted my tribute to be great for Black History Month. I wanted it to be good and I guess I put that before anything.”