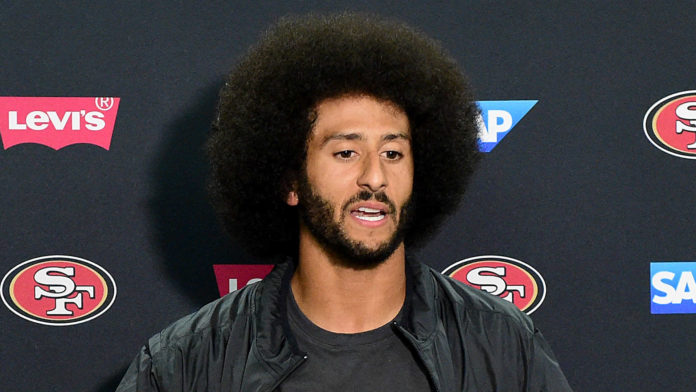 Colin Kaepernick, quarterback, but at least one team showed this week that it certainly has. The Seattle Seahawks abruptly canceled a workout session with the socially conscious athlete after learning he had no intention to stop kneeling during the playing of the national anthem before games, according to a new report from ESPN’s NFL reporter Adam Schefter.

The development could strengthen Kaepernick’s collusion case against the NFL.

While collusion “requires actual cooperation between teams (or cooperation between a team or teams and the league),” according to Sports Illustrated, this latest development is a pretty good piece of evidence that there may be a conspiracy to keep him out of a league that does not actually require its players to stand during the national anthem.

“Seattle still is considering bringing in Kaepernick for a tryout, and no decisions are final,” Schefter reported, citing “a source.”

NFL teams have signed at least 50 quarterbacks since Kaepernick became a free agent, and the consensus was that most of them were inferior talent-wise, according to a list compiled by the Undefeated.

While that’s a popular argument, the talent factor isn’t actually considered when trying to determine collusion between owners and the league. As Sports Illustrated noted, “for purposes of collusion analysis, Kaepernick’s superior talent compared to some NFL quarterbacks doesn’t—by itself—prove anything.”

Kaepernick, who began his silent protest during the 2016 season over issues related to social justice for Black people as it relates to police brutality before filing a grievance against the NFL in October, is scheduled to be deposed in his collusion case on Tuesday.

“The deposition is expected to last several hours, and could dive into instances where Kaepernick appeared to make negative proclamations about law enforcement on social media or during practices, such as his wearing of the now infamous pigs in police hats socks during training camp in 2016,” Yahoo Sports reported. Still, any resolution could stretch well beyond the upcoming season, putting Kaepernick’s hopes of resuming his NFL career in further jeopardy.